The priest and climate change ... "that's not how science works" says ISCAST ED in The Conversation | ISCAST – Christianity. Science. In conversation 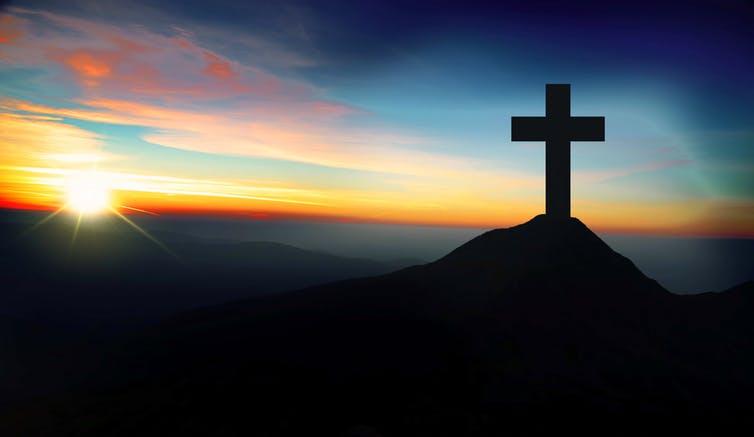 According to ISCAST Executive Director, Chris Mulherin, “sceptics should stop demanding proof of climate change, because that’s not how science works.” This article is republished from The Conversation under a Creative Commons license. Read the original article. (Image: Shutterstock/catalina.m)

A PRIEST SAYS SCEPTICS SHOULD STOP DEMANDING PROOF OF CLIMATE CHANGE, AS THAT’S NOT HOW SCIENCE WORKS

As an Anglican priest teaching in philosophy and in climate change at two universities, I am often asked about the difference between science and my own faith convictions.

“Isn’t science about objective proof and evidence and certainty,” they ask with a quizzical look. The question then trails off but the implication is obvious, “and isn’t your faith about subjective, personal belief and values?”

Their quizzical looks arise from a misunderstanding about the nature of scientific knowledge, and more generally about what it means to make a truth claim, that lies behind climate scepticism.

Read more: Where’s the proof in science? There is none

Any announcement on climate change opens the door to climate sceptics and deniers who doubt that human activities have a significant influence on global climate.

But the sceptics have a point: there is no proof. If that shakes your confidence as a true climate change believer, think again.

We have been led to believe that science offers proof and certainty, and anything less than that is just a theory or not even science at all.

But the problem isn’t with the science, it’s with our naïve and impossible expectations of science. And the climate change sceptic often has unrealistic standards of evidence that we simply do not accept in everyday life.

Even in mathematics – where proof has a more fixed meaning – some axioms need to be accepted to start raising the edifice of knowledge.

In natural science, just as in economics or sociology or history, theories are provisionally accepted because they seem to make the most sense of the evidence as it is understood.

What counts as evidence is determined according to the sort of truth claim being made. Particle physics seeks different evidence to historical claims; economics offers different sorts of evidence to moral philosophy. It’s horses for courses when it comes to evidence and truth claims.

In climate science, empirical observations blend with theories and modelling. Theories and models are tested as far as possible but in the end no amount of testing and confirmation can absolutely prove the case.

This is the nature of the inductive thinking that grounds science. “All swans are white” was accepted as true (because all the evidence pointed that way) until Europeans visited Australia and found black swans.

The latest special report from the Intergovernmental Panel on Climate Change (IPCC) is based on the scientific consensus of the experts in their respective fields.

One of the IPCC report’s authors is Professor Ove Hoegh-Guldberg, head of the University of Queensland’s Global Change Institute, and he said that it:

…strongly concludes that climate change is already affecting people, ecosystems and livelihood all around the world, and that it is beyond reasonable doubt that humans are responsible.

While we may have good reasons for believing in climate change and for taking action, that still does not constitute proof or absolute certainty – which brings us back to the sceptics.

This argument is good in one sense: it is logically coherent. So if you want to challenge the conclusion you need to challenge one or other premise.

But it would be a (common) mistake to challenge Premise 2 by arguing the unwinnable case that climate science is proven to be true in some absolute sense. In fact, the problem is with Premise 1, as explained above: science does not offer the sort of proof or certainty that the sceptic demands.

This provisionality is recognised in the careful wording of the IPCC which does not speak of proof: just look at page 4 of the latest report where the word “likely” appears seven times and where “high” or “medium confidence” appear nine times. Careful science speaks of degrees of confidence.

Eminent scientist turned philosopher of science, Michael Polanyi, was one of the first to highlight the provisionality of scientific claims. His purpose in writing his main work, Personal Knowledge, was:

…to achieve a frame of mind in which I may hold firmly to what I believe to be true, even though I know that it might conceivably be false.

John Polkinghorne, former professor of mathematical physics at Cambridge University (and also an Anglican priest) observed in his book One World: The Interaction of Science and Theology that science results in:

…a tightening grasp of a never completely comprehended reality.

Scientific knowledge is a body of statements of varying degrees of certainty, some most unsure, some nearly sure, but none absolutely certain.

Despite the sceptics’ muddying of the waters, climate science is good science, the stakes are enormous, and we proceed with business as usual at our peril. While the evidence does not amount to certain proof, it is beyond reasonable doubt and leaves no room for delay.

Chris Mulherin, Lecturer, Executive Director of ISCAST–Christians in Science, and Anglican minister, University of Melbourne. His 2019 book, Science and Christianity: Understanding the Conflict Myth is available from ISCAST here.