The place of ISCAST in a culture of fundamentalisms: ISCAST Executive Director’s opening address at COSAC 2018 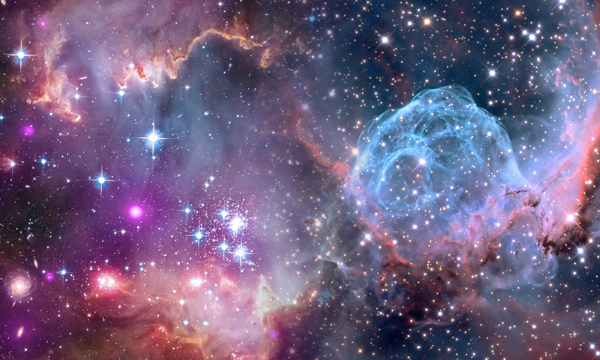 As the recently appointed Executive Director of ISCAST, it is an enormous privilege and my great pleasure to add my welcome to you here today.

It is a privilege to welcome you because I am well aware that I find myself in august company; I am a jack of various trades amongst many masters—as well as apprentices who will one day be masters themselves. So, it is a privilege to be here and I thank you all for coming to the party.

It is also a pleasure to be here because I believe that what we are doing at this conference and in ISCAST is vitally important. Let me tell you why.

Firstly, it is important for the Christian church. The church today in Australia, in New Zealand, in the West, finds itself grafted to a society that has an increasingly tin ear for robust transcendent faith. Not only that, but, without being paranoid, it is true to say that some elements of our society are out to get us. And so we find a church that is increasingly marginalised, lacking confidence about its place in the world.

In next month’s edition of Bible Society’s national magazine, Eternity, Sydney Anglican minister Michael Jensen talks about the anxious times we live in and how Christians are prone too to be anxious. After all he says, “We are facing numerical decline, relevance deprivation, and media disapproval.” Not to mention “the aftermath of the child abuse epidemic.”

In these increasingly anxious and embattled times, the temptation for Christians is often to take one of two paths: the way of accommodation or the way of separation.

To accommodate is a comfortable option as the church gives up orthodox faith for a secular-Christian syncretism and in the end risks losing the transcendent essence of the historic faith.

The other temptation is that of separation: “Perhaps it’s time for a divorce on the grounds of irreconcilable differences …”

With respect to science and, more broadly, with respect to the best of so-called secular thinking, the accommodationists would embrace it without thought, and without the hard work of Christian analysis and prophetic insight.

Meanwhile the separationists are prone to conspiracy theories on a cosmic scale, but in a way that ironically does not apply to their own thinking. This is of course a blind spot; there are good reasons to heed the demands of epistemic humility, of knowing that there is more to knowing than knowing will ever know. But that’s a rabbit hole that we won’t go into now; if you want to do so, you’ll have to come to my presentation tomorrow morning.

So, I suggest we need to beware the danger of what might loosely be called fundamentalism, although I use the word in a 21st century sense and not in the sense it was used by Christians of 100 years ago.

This fundamentalism, which equally applies to atheists as it does to some of our co-religionists, falls into the temptation to say “I know the truth, and those who disagree with me are either mad or bad or blind.”

The first reason for a little epistemic humility is the devastating critique, over the last century or more, levelled at the modernist vision of acquiring indubitable knowledge. Descartes’ dream of certain foundations for knowledge is over. Canadian philosopher Charles Taylor talks of “struggle over the corpse of epistemology”[1] and says that this struggle is significant: what is at stake, he says, “are some of the most important spiritual issues of our time.”[2]

The second reason for humility about our own knowledge claims is thoroughly theological, and if Christian fundamentalists don’t pay credit to philosophical critiques of enlightenment confidence, they ought to recognise that the doctrine of sin, including what some theologians have called the noetic effects of sin, applies to ourselves as well. We simply have to take overreaching knowledge claims with a grain of salt, talking about degrees of confidence and indeed faith rather than the language of certainty and absolute proof.

So, there you have my preamble for why this conference is important for the Christian church; it is important because the majority of us, by virtue of simply being here, are neither accommodationists nor separatists; we mostly affirm the best of human thinking but we also affirm that there is a conversation to be had about how that thinking relates to our Christian convictions. And I daresay that the majority of us believe that a harmony, albeit a strained one at times, is possible between the so-called secular pursuit of truth and the truth revealed in the Christian faith.

But this conference and ISCAST is also important for wider Australia, because, one way or another, we are affirming the whole of life; we are offering a model of harmonious integration of the immanent and the transcendent. To acknowledge the Lordship of Christ is not to deny the best of the secular academy.

And to acknowledge the Lordship of Jesus Christ is to affirm that we live in a universe of transcendent dimensions and that Christianity offers answers to those philosophical and existential and moral questions that science simply can’t help us with.

It is an impoverished society that would do away with what is most intrinsically human in the name of a logical positivism redivivus in the guise of new atheist materialism. With winsome grace, Christians have something to offer to an anxious drifting society cast off from its historical moorings.

So, welcome to this important conference. Do make the most of it. Enjoy one another’s company, bowl up to people you don’t know and introduce yourself. Don’t feel obliged to attend every session; take time out for quietness or prayer or conversation.

We are a very diverse group of people so some “bearing with” may be necessary; we range from charismatic Roman Catholics to definitely-not-charismatic and very reformed believers. We range from fellows of the Royal Society, deans of faculties, presidents of university academic boards to high school and university students.

But I believe I am right in saying that one thing unites us; we all confess Jesus Christ as Lord. And if by chance you don’t, then you are certainly most welcome too.

Before I finish, let me read our theme Psalm, one used so often in affirming the harmony of human reason and Christian faith. Listen to the psalmist as he describes the two-and-a-half books of God.

Book 1: The book of God’s works

1 The heavens declare the glory of God;the skies proclaim the work of his hands.

2 Day after day they pour forth speech;night after night they reveal knowledge.

The universe speaks says the psalmist!

No, the universe is not proof of the existence of God, but for those with eyes to see, for those testing the hypothesis of God, the creation, in all its vastness, its intricateness, its beauty and its ultimate unfathomableness affirms the hand of the Creator.

For the Christian, something of God’s creative nature is revealed in the natural world.

But of course the psalmist speaks in metaphorical language. In fact, the heavens have no literal voice:

3 They have no speech, they use no words;no sound is heard from them.

Except perhaps, with a nod to the physicists amongst us, a trickle of cosmic microwave background and whatever else we “hear” from the vastness of space …

Continuing metaphorically, the psalmist speaks of cosmic proclamation and the hand of the Creator:

4 Yet their voice goes out into all the earth,their words to the ends of the world.In the heavens God has pitched a tent for the sun.

5 It is like a bridegroom coming out of his chamber,like a champion rejoicing to run his course.

6 It rises at one end of the heavensand makes its circuit to the other;nothing is deprived of its warmth.

And now God speaks in another way: the psalmist turns to the words of God found in the Torah or the law—the first five books of what we call the Old Testament:

Book 2. The book of God’s words

7 The law of the Lord is perfect,refreshing the soul.The statutes of the Lord are trustworthy,making wise the simple.

9 The fear of the Lord is pure,enduring forever.The decrees of the Lord are firm,and all of them are righteous.

10 They are more precious than gold,than much pure gold;they are sweeter than honey,than honey from the honeycomb.

11 By them your servant is warned;in keeping them there is great reward.

The result of this reflection on the book of God’s words is that the psalmist, along with all the servants of the Lord, are aware of their errors, of their hidden faults, and also of their willful sins.

12 But who can discern their own errors?Forgive my hidden faults.

13 Keep your servant also from willful sins;may they not rule over me.Then I will be blameless,innocent of great transgression.

Here we have the problem of human sin; we do not stick to the laws of God; we fail to live up to the standards for a perfect humanity. And the only solution is forgiveness …

The psalmist knows that all sin is sin against God alone; “Against you only have I sinned …” says Psalm 51:4.

God’s third book is a person: God revealed as saviour, redeemer and Lord in Jesus Christ, the word of God incarnate.

14 May these words of my mouth and this meditation of my heartbe pleasing in your sight,Lord, my Rock and my Redeemer.

Please allow me to finish by offering all that we do here to the glory of our redeemer God revealed in the Lord Jesus Christ. Let us pray:

Lord God almighty, maker of heaven and earth, we meet together in your name, acknowledging that you alone are God. We humbly beseech you­­ to guide our deliberations and our conversations so that we might come to fuller understandings of your awe-inspiring creation. Fill us with the fruit of your Holy Spirit to serve you as we serve one another. And open our eyes so that we might grasp better the wonderful harmony between our understanding of you and our understanding of your creation. We pray these things in the name of the Father and of the Son and of the Holy Spirit.