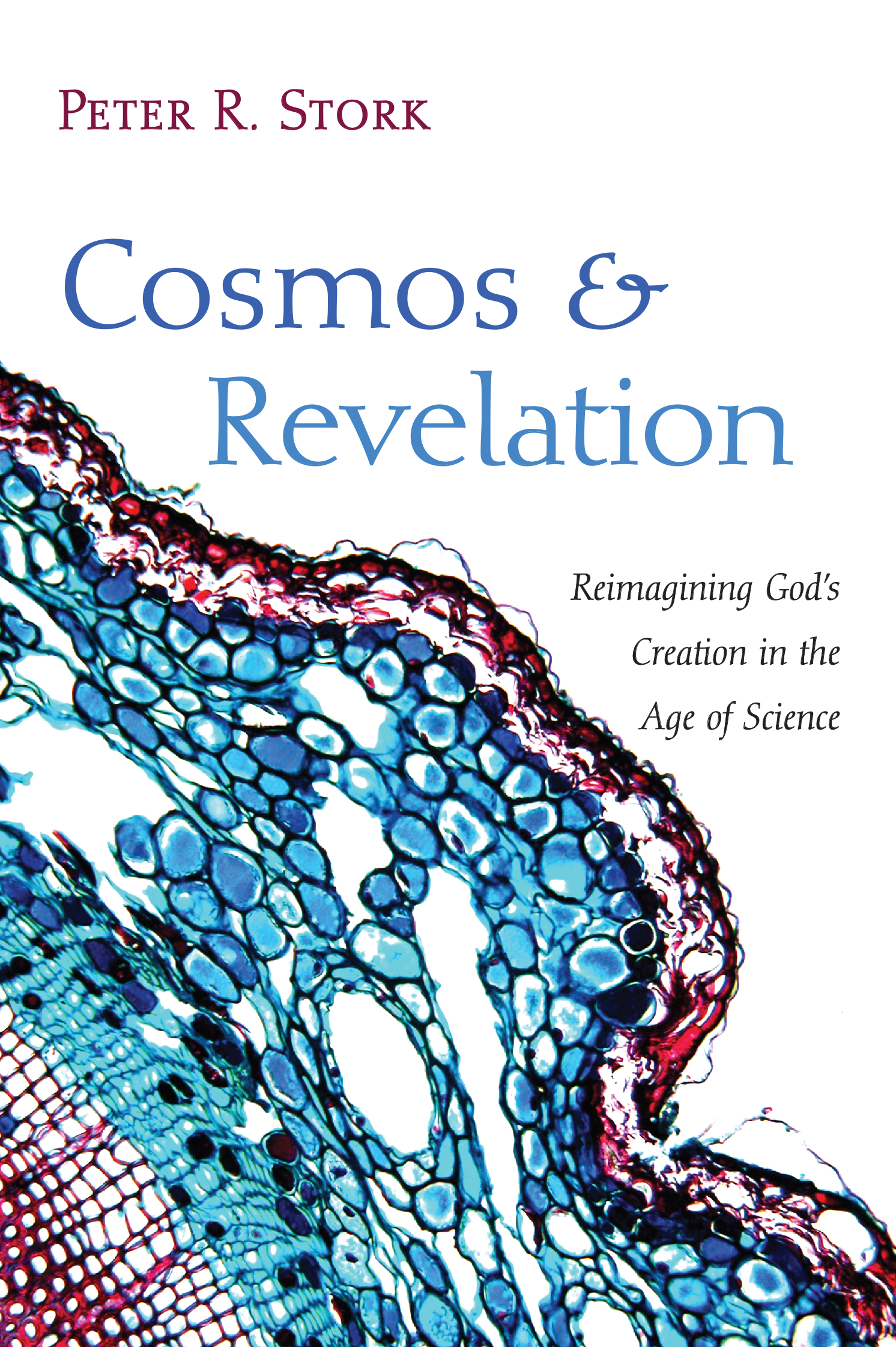 Congratulations to ISCAST Fellow Peter Stork for his recently published book, Cosmos and Revelation: Reimagining God’s Creation in the Age of Science. It is available to purchase now with a limited ‘early-bird’ discount for Australian purchasers (find instructions for ordering on Peter’s website). You can also buy the book from the publisher, or from Amazon.

Science and technology have profoundly altered the cosmic and societal perceptions of the world. Regrettably, the Christian imagination has not kept pace. Most believers still adhere to pre-scientific views. Cosmos and Revelation urges the Christian community to reimagine God’s creation by engaging the data of science. For if God has indeed brought forth an intelligible world for us to explore through scientific research, those who profess this faith ought to, as a minimum, allow scientific findings to expand their theological horizon. Drawing on his scientific qualification and academic background in theology, Peter R. Stork opens several windows on God’s creation, from galactic star nurseries to the wonderland of living cells. After rereading Genesis 1 and 2, the author interlaces examples and reflections to present a coherent yet provocative sketch of the new landscape that spreads out before us, leaving it to his readers to intuit for themselves the immensities Christians are challenged to embrace in the age of science.

TELL US ABOUT THE BOOK, AND WHY YOU WROTE IT?

First, I wanted to write for an educated Christian audience but not an academic thesis. Secondly, I wanted to write a book that awakens the Christian imagination which has not kept pace with scientific discoveries. Thirdly, I wanted to remind the Christian community that in the age of science our truth claims are subject to the test of intellectual integrity. When Christians trust the science of aerodynamics as they fly from New York to London and reject the discoveries of cosmology and biology they diminish their credibility and betray the gospel.
Cosmos and Revelation seeks to change the way we look at the natural order, which Christians believe is God’s creation and at ourselves in this new framework of an expanding cosmos and an evolutionary biology. After all, we humans are made of the same stuff as the galaxies and stars and are, like every other creature, embedded in the cosmic web characterized by an amazing wholeness. It is from this perspective that the book exhorts fellow Christians to set aside prescientific views and embrace theologically what the sciences have discovered.

The book presents several windows on the landscape of God’s creation that, in the age of science, differs profoundly from the traditional model. To that end, I am sharing a method of discovery rather than answers to burning questions. My intention was to leave readers free to intuit for themselves the immensities Christians are called to embrace at this stage of the journey to the greater glory of the Creator. Additionally, I wanted to show from Hebrew and Aramaic scholarship that the creation account of Genesis 1 and 2 does not warrant let alone mandate the traditional model, hoping to lower Christian anxieties over adopting the scientific account held on biblical grounds.

“Stork’s search for coherence in reimagining God’s creation guides him into cosmology and astrophysics, chemistry and biochemistry, and evolutionary anthropology and neurology, along with religious studies, biblical interpretation, and theology. Brooding over Stephen Hawking’s question—‘What breathes fire into the equations and makes a universe for them to describe?’—electrifies the author’s greatly expanded vision of the Creator and of creation as a cosmic event, in whose finely tuned beginnings and complex history human existence is astonishingly deeply rooted.”
—Raymond Canning, Honorary Adjunct Professor, Faculty of Theology and Philosophy, Australian Catholic University
Share Tweet Email