Climate change denialism is not just ‘another opinion’ | ISCAST – Christianity. Science. In conversation.

Climate change denialism is not just ‘another opinion’ 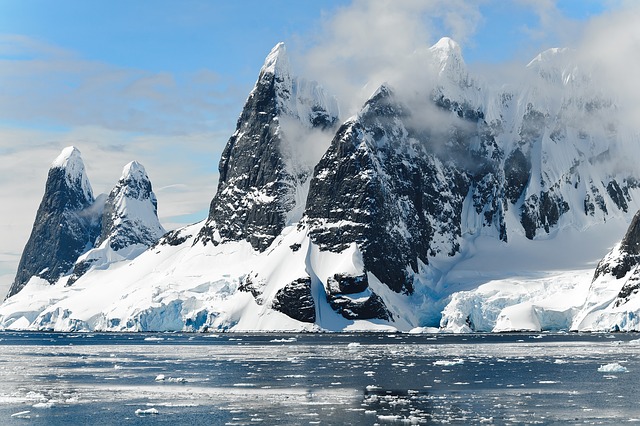 ISCAST fellow Mick Pope has written about climate change denialism at www.ethos.org.au. According to Mick, not all opinions are equal. We republish his article here with permission.

I know that I have a tendency to shoot from the hip, or indeed the lip somewhat, and this is one of those pieces. I have been a meteorologist for more than 20 years. I gained a PhD in climate science over 8 years ago. I have been teaching climate science for over a decade, and speaking and writing on climate change for Christians for over 15 years. When I give talks, I get the odd denialist thinking they can trump me with ‘but the climate has always been changing!’ I write and am accused of being an ivory tower academic when it’s clear they can’t argue against my science (well, not mine but the consensus). People want to say, ‘well, I’m entitled to my opinion’, as if an opinion over peer reviewed science can earn them the right to say what they like. To one friend of mine, peer review is a vast conspiracy. Seriously?

Denialism is not just ‘another opinion’. It’s plain wrong.

In 2012, Philosopher Patrick Stokes wrote a piece entitled ‘No, you’re not entitled to your opinion’. He argued that we are entitled to hold as opinions only those things we can argue for. Everything else is an act of sheltering beliefs that we should abandon. Of course, the problem lies in what we mean by opinion. Statements about what is the best flavour of ice cream, football team, sporting code and so on are always going to be purely personal. The criteria we might employ to argue a position in these cases will be so subjective as to never arise at a satisfactory answer. And that’s ok. Flavours are purely personal. People’s choice of football team relies on more than mere statistics. But what about matters of science?

It would be remiss of me to ignore the phenomenon of scientism, the idea that science explains the entire of reality without remainder. To be sure, I don’t believe in science the same way in which I (as an Evangelical Christian) believe in God. Science answers some fascinating questions about the way the world works, and has fascinated me since I was five years of age. But it does not, indeed cannot, provide me with the answer to the question ‘does life have any meaning?’. It is simply outside of what it is designed to do. But scientism should not become a label used to ignore or reject scientific results I don’t like or find hard to square with my reading of Scripture. Too often Christians throw against climate change science some poorly constructed hermeneutical framework (way of reading the bible) as the way to read the bible, and show therefore QED that climate change science must be wrong. Do you know how ridiculous it looks to the outside world that we, Christians who worship a God we have never seen, reject the results of science that we can see, measure, test, etc.?

So we should let science be our guide. Again, it is a human activity, subject to human sin, weakness, frailties, deceit, etc. But then so is theology. So is the knowledge of everyday people. You can be as deceived as any scientist can be blinded by their theories, and, if you are not scientifically literate, all the more so when it comes to matters of science. Now of course we all commit acts of confirmation bias. And who am I to stand and say I am immune from this? Why should you believe me? Is it not arrogant for me to claim access to this truth?

I want to say two things. The first is to recognise that we are all predisposed to believing one thing or another, but that does not excuse us from examining why we believe certain things. An in-depth survey by Pew Research Center showed that political belief strongly affects acceptance of the truth of climate change science. The more conservative you are (think Tea Party), the more you reject the science and believe that climate scientists are in it for the money. For Liberal democrats, it is the opposite. But science is a useful description of the real world. Try jumping off a building. Whether you only accept Isaac Newton’s theory of gravity and reject Einstein as the Nazis did, or believe in General Relativity, you will die. We might read the data from different political or indeed theological frameworks. Conservative white Christians who are little affected by climate change in the US are more keen to ascribe climate change (if they believe in it at all) to the end times than black and Latino Christians who suffer from events like Hurricane Katrina. But nonetheless, there is data to read, to analyse, etc. And unless you want to work with it yourself, you have to adjudge what those who are involved directly in the science are saying. You also need to examine why it is that you accept or reject the science.

You see, when I was doing my PhD, some of my results did not turn out the way I expected. I spent a fair bit of time trying to show from my data the result I expected. The fact that I did so was evidence that I wasn’t sceptical enough about my own theories. The fact that I finally reached a different conclusion shows I wasn’t in denial. Are you in denial over climate change? Denialism is not the same as legitimate scepticism.

This would all be kind of uninteresting if it were a theory about diamond stars. As astronomer and discoverer of a diamond star, Matthew Bailes, noted in 2011, people seem to trust the scientific method until it applies to something like climate change; then all bets are off. Bailes notes that the scientific method is the same in both cases: theories, evidence, observation, testing and repetition. To be sure, there is variation in the details between different scientific disciplines. However, at the broader level, it can be argued that the scientific method is really just the Socratic method in a more formalised and precise garb. We might just call it an honest, truth-oriented epistemology. Critical realism, the idea that there is an objective reality we can know in progressively greater detail through enquiry and interaction with the evidence, is as much a part of good theology as it is of good science.

So if accepting climate science is just an honest respect for the truth, isn’t denial for theological reasons simply breaking the commandment (Exodus 20:16) ‘You shall not bear false witness against your neighbor’? The commandment was critical since the word of two or three people could result in someone being executed. Let me contend that Christians, in their continual denial of the truth that we are responsible for warming the planet, will be directly responsible for people’s deaths. Even those of us who accept the science are complicit in the deaths of people from heat waves, forest fires, failed rains, etc. The literature is growing; I don’t need to reference it here. And don’t cite the end times to me. Do you presume to be part of God’s judgement on a sinful world? The Assyrians did the same with regard to Israel, and yet God judged them too for being way too zealous in their task (Isaiah 7).

But all of this is empty ranting on my part unless the science stands up. Self-righteous canting. Even if it is true, the temptation to self-righteousness looms large. But I’m no gloating Jonah. And the science holds up. So the second thing I wanted to comment on is what is known as a ‘mike drop’ from Dr Richard Muller, PhD in physics. In a video interview he tells how he started out as sceptical of climate science, of the theory of greenhouse gases, of the quality of the data and of the biases in its selection. So he looked at it himself, together with Nobel Prize winning physicists. His result? He quantified the systematic errors in the data. He went back further than the IPCC dataset did. He found that his data agreed with all of the other temperature datasets. He also found that the only theory that matched the data exactly was the greenhouse gas theory. Carbon dioxide levels and temperatures matched exactly, and inclusion of volcanoes matched the cooling dips. He wrote a graduate textbook on the effects of the Earth’s orbit. He knows, as the world expert on this, that this cannot cause the observed changes in temperature. It is greenhouse gases. It is us. Boom! Mike drop.

I will not argue with sceptics. I’m too tired for now. Too exhausted by the threats of climate change. Too tired with the pointless arguing while the world ‘goes to hell in a handbasket’. I can’t save the world, but I can motivate those who are willing to listen to the task of being Good Samaritans to our neighbours who suffer from climate change, and our neighbours who will suffer (future generations).

Mick Pope is an aspiring ecotheologian and the Reviews Editor of Zadok Perspectives. He heads up the Ethos Environment think tank and is an adjunct lecturer at Eastern College in creation care and theology of science. He is also Professor of Environmental Mission at Missional University. Mick is the author, together with Claire Dawson, of Climate of Hope: Church and Mission in a Warming World (Melbourne, UNOH, 2014). His new book, A Climate of Justice: Loving Your Neighbour in a Warming World (Melbourne, Morning Star, 2017), will be launched in October.