Was the fall historical? | ISCAST – Christianity. Science. In conversation

Was the fall historical? 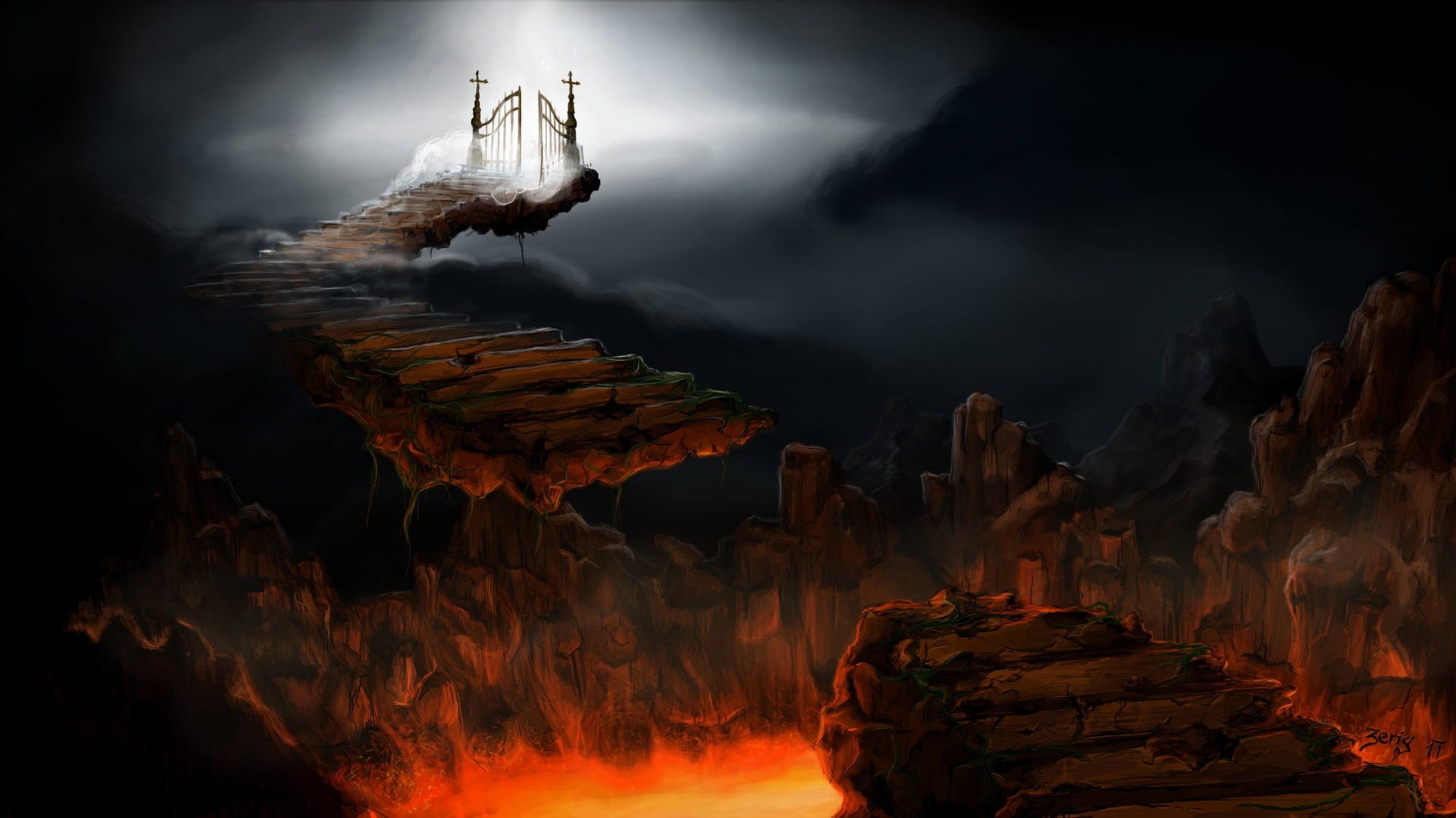 Will Jones considers the challenges to traditional understandings of the fall in the light of his view that “modern scientific understandings of human origins do not envisage any period when the natural world was not characterised by death or disease of various kinds.”

Will Jones is a UK-based writer. A mathematics graduate with a diploma in theology and PhD in political philosophy, he lives in Warwickshire with his wife and two young children. He blogs at www.faith-and-politics.com.
Click here to download a full PDF

If you’ve ever read any articles or apologetics by Young Earth Creationists you’ll know that one of their main arguments is that evolution is not compatible with what the Bible says about the fall and the origins of sin and death.

In essence, they point out that evolutionary history does not allow for a period between creation and the fall, when the world was “very good” (Genesis 1:31) as God intended it to be, and the whole of nature existed in perfect harmony, not under a “bondage to decay” (Romans 8:21), with no death, and human beings not living under the curse or power of sin.

This observation seems to me correct—modern scientific understandings of human origins do not envisage any period when the natural world was not characterised by death or disease of various kinds. The question for us has to be whether we think this is really a problem. On the face of it we probably want to say not. After all, anyone who is not a Young Earth Creationist is already taking Genesis 1-3 as heavily symbolic—an interpretation the story itself surely invites with its use of mythological devices like a talking snake, trees with special powers, a flaming sword and the Lord God “walking in the garden”. Chapters 1 and 2 also relate two differing accounts of creation side-by-side, suggesting that imposing any idea of history on the accounts is inappropriate.

But even so, many Christians—and not only Young Earth Creationists—see special theological and hermeneutical problems in ruling out a historical fall. In particular, there is the theological problem that it implicates God in creating an imperfect world already disordered from the outset before humanity has had chance to sin, when the disorder and death is imposed as a curse or penalty—as the “wages of sin” (Rom 6:23). And then there is the hermeneutical problem of Romans 5, where Paul closely connects the salvation provided by the “one man” Jesus Christ with the “one man” Adam who, by sinning, caused death to come “into the world” (v. 12). Thus there seems no option for biblically faithful Christians but to accept that, whatever other symbolism Genesis 1-3 involves, there must originally have been one man who sinned, as a consequence of which death came to humankind and disorder to the natural world.

However, I want to suggest, with Denis Alexander and others, that it is very much open to Christians to regard biblical faith as compatible with a non-historical fall, and thus also with our current best understanding of natural history and human origins.

First of all, consider how, compared with other ancient accounts of human origins, the biblical account cuts drastically short the period of humanity’s bliss. Most ancient cultures supposed human pre-history to have begun in a long Golden Age in which human beings were few and lived very long lives in harmony with one another and with a natural world which provided for them abundantly. In these legends, the fall of humankind from its original blessed state takes place gradually over several ages, not summarily and in the first generation, as in Genesis. In the biblical account, by contrast, no sooner are the man and woman placed in the garden then they are being tempted, exiled and cursed, as the very next thing that happens to them in the story, and indeed the only story actually told of them. We might like to imagine the couple enjoying a long period of blissful living in the garden before they fall and are ejected, but the text itself does not mention it, and the lack of any children being born to them in Eden would suggest otherwise.

Thus in marked contrast to pagan legends of a long and blessed Golden Age of humankind, in the Bible human beings are depicted as having sinned for as long as they have been on the Earth, from the very first generation. Seen in this light, therefore, it is possible to understand Genesis 3 not so much as an assertion of an historical fall as a denial of one, with the pre-fall period of human innocence being cut as short as possible, indeed made effectively negligible, overturning any pagan notion of a Golden Age.

Nevertheless, it will be pointed out that the text does describe the creation of a “very good” world that is subsequently cursed following human sin, and that Paul makes much of this dynamic in explaining the meaning of Christ’s death and resurrection in Romans 5:12-21. But to what extent is Paul speaking symbolically? Consider, for example, that Paul asserts that it was by Adam’s sin that sin entered the world. Yet according to Genesis Adam’s sin was not the first human sin—Eve’s was. Paul would surely have been aware of this, so does this not suggest Paul is appealing to Adam not so much as a historical figure as a symbolic one, the embodiment of sinful humanity, in contrast to Christ, the archetype of redeemed humanity? We should also bear in mind that the presence of the snake in the garden indicates that Genesis itself does not regard all the evil and disorder of the world to have begun with human sin.

But does this imply (as Young Earth Creationists claim it does), that God created an imperfect world from the outset? Yes, unavoidably. But must we see this as a problem? Christians often suppose that to justify this imperfection Christians must hold that the world was originally created perfect and was only allowed to become imperfect later, in response to Adam’s sin. But what if the story of Genesis is really explaining in narrative form how God had designed a perfect world for his free creatures to live in, but because of their sinfulness (which he foresaw) he knew that it was necessary for him to create it with disorder and death incorporated, in order to orient it to their redemption? Does vindicating God’s character really require him to have made the world without death, disease and so forth—without ‘natural evil’—and then to have altered it once the first person sinned? In answering this we need to bear in mind that our best science and archaeology currently show us that the world in fact did contain death and disease for many aeons before the emergence of humankind, and so if we are to reconcile our faith with our best science (always desirable, of course, notwithstanding that science can err at times) we need an answer which does not set them in conflict. I suggest that it is no reproach to God’s character to say that he created a world suited to the redemption of the free creatures that he knew in advance would use their freedom to sin.

It is worth noting here that there does remain an important sense in which the world was good before it was cursed—not the temporal sense but the logical one, as an idea in the mind of God. For although there was no good and perfectly ordered world existing temporally prior to the world as we know it, such a world must have existed logically prior to it, in the mind of God, for what is disordered can only exist as a corruption of what is well-ordered. In this way Genesis can be understood as depicting in narrative form God’s idea of a world which he intended to make perfectly good but which, because of human sin (which he foresaw), he allowed from the outset to be imperfect with a view to human redemption. Thus even without a historical fall there is a real sense in which the world as we know it is not as God made it to be.

This said, we should not neglect the historical elements that undoubtedly do lie beneath the early parts of Genesis. The story of the garden and of the long lives of the early humans, much like the pagan legend of the Golden Age, draws heavily on humankind’s collective memory of its ancient past, when people were few and did not live in cities or work the land, a time which many cultures supposed to be one of exceeding blessedness, innocence and abundance. According to our current understanding, the long hunter-gatherer phase of humanity’s existence lasted from our first emergence around 100,000-200,000 years ago to the agricultural revolution around 10,000 years ago. And archaeological evidence suggests that pre-agricultural humans were indeed longer-lived and taller, because healthier, than their pre-modern descendants. Their pelvises were also larger, suggesting a remarkable correspondence with the curses in Genesis 3, in which men were made to toil for food and women to toil in childbirth.

Thus there does appear to be a historical core to the early parts of Genesis, in which Adam and Eve stand for pre-civilisation humanity living in greater harmony with their natural environment, and the fall marks the transition to the relative hardship of farming and the militaristic cities of Cain and his descendants (Cain not coincidentally being depicted as both the first murderer and the founder of the first city). These historical correspondences are intriguing, but they don’t account for the cosmic dimensions of the biblical fall in the advent of death, disease and disorder. Furthermore, it would be a mistake to interpret Genesis as endorsing a version of the Golden Age myth, under which pre-agricultural human beings are held to have lived lives of perfect moral goodness in the garden of nature, with sin only beginning with the shift to farming and civilisation. Part of the point of the Genesis account is an underlining of how sin was present from the very first generation of human beings and was not a much later development—there was no Golden Age in the garden of nature.

Ultimately, as Christians we need to be honest about the fact that our current best science and archaeology give us no reason to suppose there was a time when the world did not include death, disease or disorder, or that there has been a change in the fundamental constitution of nature or humanity. Indeed, on present data it looks most unlikely that the original group of humans was ever as small as two, and there is even mounting evidence that the human species didn’t begin in one place. For those who regard such ideas as potential problems for the biblical account of human origins, I hope that the brief remarks offered here will give some reason to consider afresh what might be the best understanding of Christian doctrine and Scripture in this often contested area.