Are We Slaves to our Genes? New book from ISCAST Distinguished Fellow Denis Alexander | ISCAST – Christianity. Science. In conversation.

Are We Slaves to our Genes? New book from ISCAST Distinguished Fellow Denis Alexander

There is a common misconception that our genomes—all unique, except for those in identical twins—have the upper hand in controlling our destiny. The latest genetic discoveries, however, do not support that view. Although genetic variation does influence differences in various human behaviours to a greater or lesser degree, most of the time this does not undermine our genuine free will. Genetic determinism comes into play only in various medical conditions, notably some psychiatric syndromes.

Denis Alexander here demonstrates that we are not slaves to our genes. He shows how a predisposition to behave in certain ways is influenced at a molecular level by particular genes. Yet a far greater influence on our behaviours is our world-views that lie beyond science—and that have an impact on how we think the latest genetic discoveries should, or should not, be applied. Written in an engaging style, Alexander’s book offers tools for understanding and assessing the latest genetic discoveries critically.

“Denis Alexander has a rare skill. A first-rate scientist, working on fascinating problems of both intellectual and moral importance, he is able to speak to the general public in ways that are clear, without the slightest hint of condescension. At the cutting-edge of the science of genetics, Alexander takes us through the implications for nearly everything, from putting on weight to church attendance! Read and learn from his book. Wonder at this incredible world in which we live and which we are now starting to understand.”

See more about the book here. 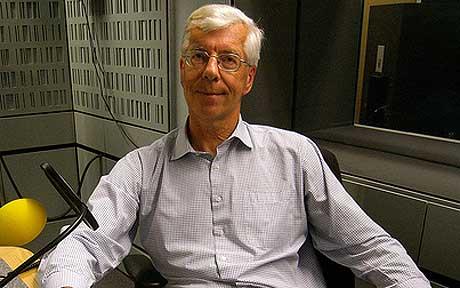