What doubt is reasonable? | ISCAST – Christianity. Science. In conversation.

What doubt is reasonable? 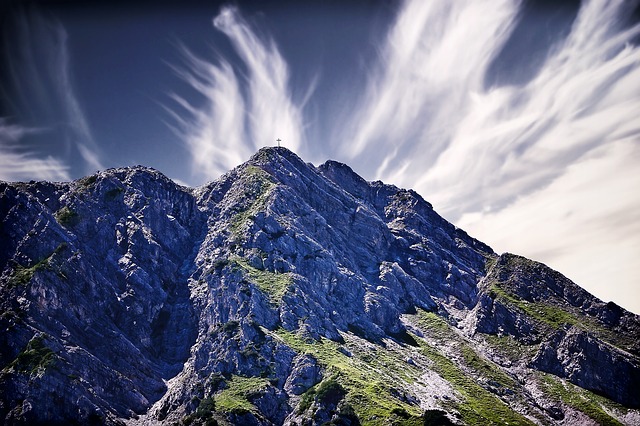 What doubt is reasonable?

A recent book (Oreskes and Conway 2010), entitled Merchants of doubt: how a handful of scientists obscure the truth on issues from tobacco smoke to global warming, has stated that the recent debate over the climate crisis and many other environmental issues was manufactured by the same people who brought you ‘safe’ cigarettes. A number of reviewers have commended the book, and support its conclusions. A few others (who may have an association with the industries that the book criticises) seem to regard it a personal attack on several critics. There are also possibilities of political bias. Whether or not the Oreskes/Conway thesis is eventually accepted, there are lessons to learn from the episode.

What is reasonable doubt?

This raises a larger general question, of just what doubt is reasonable. Can it be reasonable for a doubter to filibuster forever? Scientific conclusions are always subject to later revision; but when is it only right to act now on the conclusions, even if they are still contentious?

Surely one must try hard to get the facts. (But they may be much disputed.) A conservative view: ‘don’t act until you are sure’ can easily lead to disaster. A choice of ‘no action’ is a decision like any other. If you live just downstream of a big dam and you have some reason to think the dam may crack, will you wait until you are quite sure before taking any precautions?

What should count as good scientific evidence? Results should be reproducible, but complete consistency is not attainable; discrepancies happen but are not always explainable. A theory may be generally accepted because it accounts for the broad picture although some discrepant details may not be reckoned enough to demolish a whole theory; we need good evidence if the observation contradicts/falsifies a well established theory (especially if a big issue is in question. For example, Big Bang vs Steady State Cosmology was decided by the microwave background radiation). But the falsifiability criterion is sometimes disputed. And in some areas such as cosmology, experiments are impossible.

To what extent do such criteria apply to issues of Christian faith? Christians are told to ‘count the cost’ of an important decision and also to ‘not be swayed by every wind of doctrine’. Thus, good reason is needed for the decision and similarly good reason is needed for departing from that decision. What ethical obligation do we have to set aside some opposing views, which are demanding an impossible certainty and take action? Certainly, scientific conclusions are always subject to a later revision. But such revision is usually a improvement and not a complete contradiction.

We may look at several examples from the history of science, where conclusions were disputed and some eventually rejected.

In the 18th century, combustion was explained by a postulated substance called phlogiston. This accepted theory was refuted by quantitative data (weights before and after the chemical process). The question was eventually sorted out when the distinction was made clearly between matter and energy.

In the late 19th century, after the discovery of x-rays, a distinguished French scientist (P-R Blondlot) announced the discovery of ‘N-rays’, radiation with remarkable penetrating power through solid objects. This discovery was shown to be a delusion when the removal of an essential aluminum prism from the apparatus was found to make no difference. But there was a collective delusion here, since various other scientists, and not all from the same place, upheld the discovery. This delusion has not been explained.

Another strange event was a demonstration by DD Home of levitation (raising his body without apparent physical cause), attested by a number of respected witnesses. He was accused of fakery, but this was never established. Home’s effects were (reasonably) not believed, because they were strongly contradicted by what is known of physics (e.g. energy).

A phenomenon of radioactivity (beta-rays), where energy seemed to disappear, was explained by postulating seemingly unobservable particles called neutrinos, to carry the energy. This theory was accepted because it led to quantitative predictions, in accord with observations. Much later, a way was found to detect neutrinos and confirm the theory.

There is a major discrepancy between the general relativity theory of gravitation and the rate of expansion of the universe, deduced from red- shift observations on the light from distant galaxies. This is generally accounted for by postulating gravitational effects of otherwise unobservable ‘dark matter’, amounting to most of the matter in the universe. But is this another phlogiston? The conclusion will remain in question unless ‘dark matter’ can be observed in some further way, other than by its gravitational effect.

How then may we deal with reported strange observations? Certainly we may ask for confirmation from other people, in other places. But, as the examples show, this process can still fail and unexplained mystery may remain. How then should we deal with reported strange observations? A credible explanation may still be lacking and sometimes the existence of the reported phenomenon may remain in doubt.

We had better acknowledge that there may be cogent reasons for mistrusting some scientific conclusions. Science needs to do something to put its house in order. This is not only, or mainly, because of the scientific frauds that have been much publicised (though most are, in time, exposed by the scientific process).

We need a good rationale for how to act when the facts are uncertain and some who dispute them seem to be linked to interested parties who have much to lose if certain conclusions are accepted. It is not possible to decide, once for all, a policy or course of action which will be valid and appropriate for all time. There is need for a continuing process of critical review, taking into account any new facts and results of the policy to date.

An important scientific conclusion needs to be well supported, thus (in Popper’s sense of ‘corroboration’) it should have survived a serious attempt to falsify the conclusion. When this has happened, it is not enough for a negative critic to say ‘this conclusion has not been proved beyond doubt’. There is an onus on the critic to supply some evidence, or at least to propose how it might be obtained. Moreover, if the negative critic has had his work paid for by some commercial organisation which stands to lose a lot of money if the conclusions were acted on, then one is entitled to some degree of suspicion. At the least, the publication should include a statement of where the funding came from.

Pressures on a researcher

Universities and research institutes have largely become businesses. (This is not an attack on the commercial world, which has its own important work to do; but it is not the arbiter of ethics.) Money has become the measure of all things, including the validity of scientific research. A university’s financial situation is often such that the ability to attract money has become an important factor in choosing which academic to employ. Moreover, even if a research project does not need outside money, the project may not be allowed to proceed unless there is a research grant. The ‘publish or perish’ pressure to publish quickly and often may lead to trivial publication and publication of doubtful results,

which have not yet been thought about in depth. Business and industry (and the Australian Research Council) usually demand results in less time than the decade it takes from idea to product.

If a large majority of relevant scientists are agreed that a certain urgent action is needed to avert a large disaster, then it is not reasonable to defer all action indefinitely because of an unconvinced small minority who may represent interested parties. But must the action be applied universally? Could it be applied experimentally to a large but limited area, and the results monitored? That would give a chance of recovery if the action brought its own unexpected disasters. Even if we are sure of the disease, we are not sure of the cure until it is tried (particularly in the climate change debate).

A reviewer is thanked for valuable criticisms and points that were missed.