What does Genesis tell us? | ISCAST – Christianity. Science. In conversation.

What does Genesis tell us? 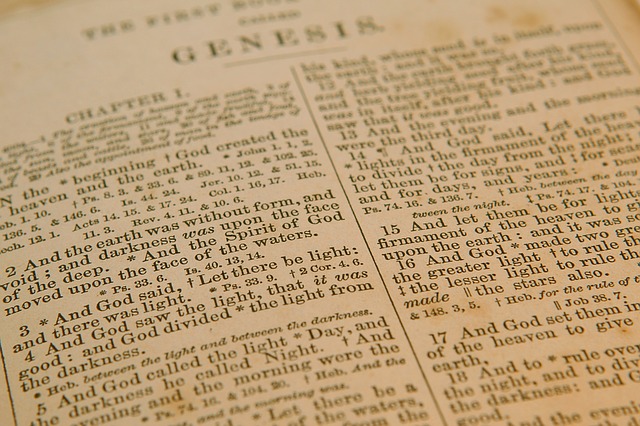 What does Genesis tell us?
Bruce Craven, June 2008.
Download PDF

What does Genesis tell us?

Genesis 1 describes the creation of a coherent world by a single Creator, and humans with something Godlike in them. Days of creation are secondary. While the development took a long time, it was not just random. For chemical elements, and life, to exist, physical constants had to be set with great precision, showing God’s purpose.

A first reading of Genesis suggests a creation in six literal days (but what was a day, before the sun was there?). Many early Christian writers did not understand it so literally. Calculations from lists of ancestors suggest about 6000 years since the creation (though only if we had complete records, but we don’t). Ancient writers had not our technical terms, and often expressed ideas by stories. We must try to understand the main point of the story, but to insist on a literal interpretation of every detail does little to praise God. They, like we, were concerned with how things began; but they were interested in purpose— what was it for?—whereas we are much more interested in method— how did it come about? The two don’t have to fight.

The authors of Genesis shared common traditions with their neighbouring peoples. These included creation from chaos, in a number of stages. But Genesis understood it differently. Instead of a number of gods fighting in the sky, a random world, and humans as an afterthought (only to feed the gods), Genesis describes a world made by a single creator, a world with coherent structure, and humans as important, made with something Godlike in them, and God feeds them. If this is what Genesis 1 was telling its first hearers, then we need not get hung up about days.

In the last two centuries, geologists have observed rock strata that must have been laid down in sequence, and fossils of many animals and plants that are no longer with us. These things only make sense with a much longer time scale than 6000 years. When a river winds in and out of mountains several times, a slow rising of the land could account for what is observed, but no flood could do so. A ‘method’ explanation must fit the observed details, or it explains nothing.

There are many things we don’t understand, and some things appear haphazard, or random. However, the world is highly structured. Much is determined by a few quantities called ‘physical constants’. It now appears that some of these must have the right values, to an extraordinary precision, else the stars, and most chemical elements, would not have been formed. (Certain ‘energy levels’ in atomic nuclei exist in just the right places. There is no process for these things to change or adapt.) This strongly suggests that the world is not purely random, but there is a large element of purpose, with intelligence behind it. Note that a purpose is not the same as a detailed unchanging plan. We need not suppose that God intended all the blunders and evil things.

We don’t know what was needed for life to happen. But it seems likely that here also some critical details had to be set up almost exactly right.

Random processes play a great part in both quantum physics and in natural selection as biologists see it. But randomness is not everything; the processes go on in a highly structured environment.

Must we be literal?

Do believers in young earth creation insist that God stage-managed the creation, supplying trees with tree-rings indicating many years of growth, fossils of creatures that never lived, and Adam with a navel from the birth he never had? Genesis does not demand that. God’s creative impulse did not cease after the garden of Eden! We should honour what we see of God’s wonderful creation.

Dickson, J 2008, ‘Genesis of everything: a historical account of the Bible’s opening chapter’, ISCAST Online Journal, vol. 4, https://iscast.org/wp-content/uploads/attachments/Dickson_J_2008-03_Genesis_Of_Everything.pdf, viewed 8 May 2008.