Towards a post-modern apologetic | ISCAST – Christianity. Science. In conversation.

Towards a post-modern apologetic

Past Issues, Uncategorized
16 Aug 2011
Tagged Science & Christianity, The Human Being 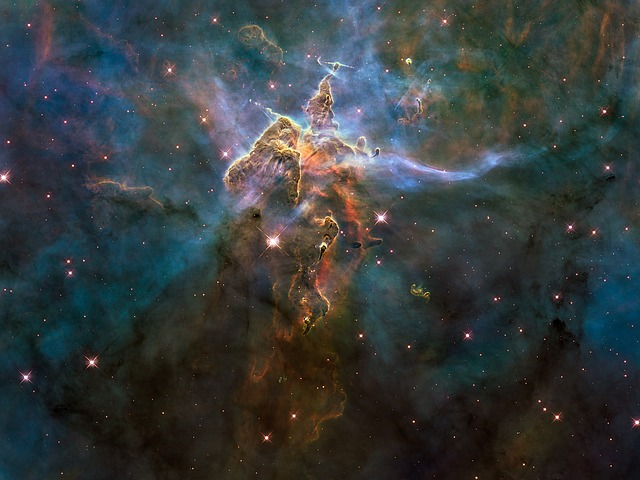 Towards a post-modern apologetic

I find the current approach to Christian apologetics quite unsatisfactory. ‘Ten reasons why atheists are wrong and I’m right’, smacks both of intellectual arrogance and misunderstands how humans come to conclusions.

A good example of the poverty of the believer’s argument is the frequent statement, that atheism is an inadequate foundation for a coherent ethic. Granted that there may be some difficulty finding a ‘rational basis’ for ethics in atheism, we nevertheless find that there are many very ethical atheists in the debate, and to argue that they are not ethical is quite demeaning and simply wrong. Conversely of course atheists argue that to invoke a deity as a basis for ethics is unsatisfactory, a tit for tat if you like. Thus we have another slanging match from entrenched positions with each side wishing the other side was more open minded and therefore able to be persuaded to the other’s point of view!

I have long been dissatisfied by arguments. These so easily degenerate into debates which are simple point-scoring. After one such a debate, I penned the following:

Words like a silver thread Spun out of your mouth

And tied me into a tight cocoon.

You thought you’d won me

By spidery speech diligently spun But when I got home

I wriggled out Gave it a kick And went on

Free to make up my own mind.

The proverb ‘A man persuaded against his will is of the same opinion still’, expresses a similar thought. We can win a debate but lose a person.

As an Addiction Medicine physician I spend my professional life dealing with people who need to change the way they think and behave. Further the change that seems obvious to me, as an outsider, is not so obvious for the person. However as I listen and ask my patients to describe why they do what they do, I start to see their story from their point of view. As I gently sit with them and compassionately question them, they gain insight into their behaviour, its consequences and its cost. Light dawns gradually and a new direction can be explored within a non-critical non-threatening environment. The harder the pressure to change the greater the resistance to change: light dawns gently.

Most of the major decisions of our lives are like that. Seemingly random encounters and thoughts, feelings, a sudden jolt, a dramatic eureka moment or a slow dawning and we then see things in a new light; an ‘Aha!’ experience occurs. Why did I change? I don’t know, I was blind once, but now I see. She really loves me, I’m meant to enter an engineering course, I am to move house…I am to change my political allegiance. Afterwards we have great difficulty explaining how such a change of heart occurred, and we have to seek hard to find justifications for what we have intuitively done. David Hume states, ‘Reason is and ought to be a slave of the emotions’. This highly debated phrase could be taken to mean our emotions determine our position and our reason justifies the position taken. If that is the case then reason is simply a hired barrister arguing our case rather than the arbiter of the decision we have taken, and our reasons are reduced to rationalisations.

Why are you an atheist? I would like to push behind the ten knockdown reasons why a person is an atheist to ask the more genuine question, what was the journey you went on? Where did it start and why did you take the turnings you took? My aim would be not to find the weak points in the argument in order to deliver a knockout blow but the more modest aim of seeking to understand that person’s position and the emotional, relational, and circumstantial forces that led that person to their commitments today, with all the irrationalities and emotions that drove that decision.

I’d also want to tell my own story, with all its turnings and irrationalities, but to do so in an atmosphere of trust. In that atmosphere I’d love to share the supreme story of a most winsome person who taught care and love and gentleness, especially to the lonely, the outcast and the rejected of their society. He promised them the divine kingdom with all its blessings. It is a story of how he enraged the religiously self-righteous, and in the end how that rage overcame any sense of decency and led them to crucify the one good man in their society. And this man, Jesus of Nazareth, took it, suffered. He presented no knock-down argument as to why a good all powerful God would not permit suffering, he simply suffered, and told his followers that they would follow in his footsteps.

And there are those of us who follow that way, without all the answers but convinced that somehow life with this man Jesus, leads to new and better life now and in the future. For the surprising thing is that this man who suffered and died, conquered death and gave us new hope. He showed that the evil in this world will not triumph, but that he, not by might nor by power but by divine dynamic, created a whole new future for doomed humanity. That future would be seen, not by the clever and the powerful, but by the broken and the hopeless. That future looks towards healing and hope. That story comes with an invitation to start on the journey of following that divine man, without knowing all the answers but having the courage to continue on that journey of discovery wherever it might lead.

It’s a story with an invitation, a story that stands or falls by its own integrity. It is a story re-enacted by Jesus’ followers. They duplicate his compassion in word and deed and do so by the integrity of their behaviour and teaching. In spite of their failures and inconsistencies they present a compelling case for the truth of their commitments.

Such an apologetic then seeks to present the Good News of God in Jesus Christ not with a series of knock-down arguments but by telling a winsome story which invites its own response, giving the hearer the freedom to accept or reject the story, and the freedom to follow and prove that story true in their own lives.