Then a Miracle Occurs: the Blessing and Limitations of Science | ISCAST – Christianity. Science. In conversation

Then a Miracle Occurs: the Blessing and Limitations of Science 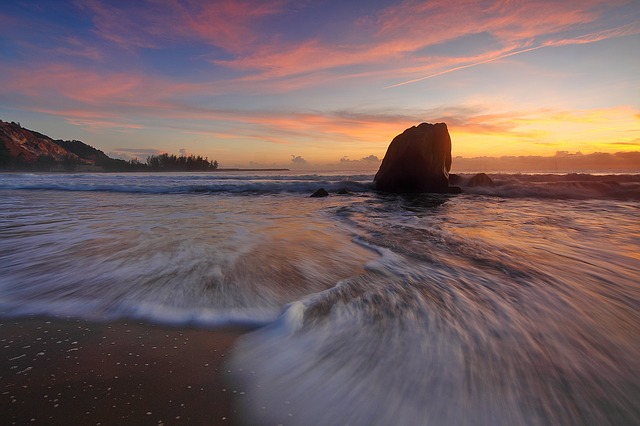 Then a miracle occurs: the blessing and limitations of science A bishop looks at science from the viewpoint of the Christian faith
Robert Forsyth, November 2006.

‘Then a miracle occurs’: the blessing and limitations of science

This article was originally given on 28th October 2006 in Sydney, Australia, as the ISCAST(NSW) Annual Lecture.

The remarkable human activity of science has been wonderfully successful in advancing human understanding of creation in which we live and human wellbeing. From a Christian point of view, science makes sense in the context of creation which is good, real and dependent. It is a blessing from the Creator. There is no essential warfare between science and Christianity.

However, the use of science as a form of Christian apologetics has dangers for Christian faith. Science has the limits in what it can describe from the actual miracles of the gospel to even the existence of science itself. The Intelligent Design issue is really an argument about what are the limits of science. Science and the Bible are engaged in a two-way conversation because God does not teach what is false, and because science helps us interpret Scripture in a number of ways: discerning literary types, distinguishing between the human and divine author’s intentions and clarifying assumptions of the models which we import to Scripture.

Science, Christianity, Bible, miracle, creation, blessing and limit of science
I am approaching the matter strictly as the title suggests. I am no scientist and I fear I will disappoint those looking for a less impressionistic and non-systematic treatment than I have tonight. However, that doesn’t mean that for a bishop in a church, science is something just for the experts, on any terms a significant movement which affects almost all of life in a very powerful way.

Not that I am uninterested in science. At high school it was my favourite subject. This was partly because I managed to top the class at Meadowbank Boys High until at least year 10 without even studying. My father, who had left school at 15 to become a fitter and turner in the New South Wales Government Railways, was nonetheless an intelligent autodidact who used to regularly get copies of the Scientific American as I remember it, and would often tell me about scientific things in the world. It was only Harry Messel’s more serious first science Higher School Certificate program that forced me finally to study the subject. I do have fond memories of sitting in the HSC exam way back in 1967 doing thePhysics level 1 paper. One question asked me to get from what were called the Lorenz Transformations to Einstein’s famous e=mc2. I remember getting there but have no idea how. That was my last serious scholarly engagement with science. My experience in that exam room reminded me of a Sidney Harris cartoon from the New Yorker magazine that no doubt you have seen.

It is a cartoon of a board filled with complicated figures and there are two learned scientists looking at it. They can see a whole row of algebra followed by the phrase, ‘Then a miracle occurs’, succeeded by further mathematical conclusions. One of the figures is saying to the other, ‘I think you should be more explicit here in step 2’.

In a way that cartoon does reflect one of the issues that still dogs us in relation to God and his miraculous powers and signs as the human discovery and research into the way God’s world works, as it were, ‘naturally’. When is it OK to add in ‘Then a miracle occurs’?

Let me start by giving a simple and, I hope, non-contentious understanding of what I take science to be. Science, or to use the phrase used until the mid-nineteenth century, natural philosophy, is a human artefact (McGrath 2001 p. 25). That is, it is a human research program and body of knowledge and all the practices that go with it. By emphasising it is an artefact, I am emphasising its humanness and that it is something we have made. The particular feature of this artefact is that it is a body of knowledge that proceeds by looking at the world around us, what we might call the ‘natural’ world, seeking to understand it by principles which are uniform across all that is, through the use of experimental method and in particular mathematical conceptualisation. By its very nature, science is provisional, despite some talk about its ‘assured results’. By its very nature, science is open to investigation, falsification and reformulating. Progress most often involves the overthrow of once seemingly secure theories, that some may even have been mistakenly taken to simply be ‘facts’.

This remarkable human activity has been in the last four hundred, and in particular two hundred years, profoundly and wonderfully successful in advancing human understanding of the creation in which we live. It has also contributed astoundingly to human wellbeing in that time. On the latter point, it is quite astounding instructive to read in William Bernstein’s The birth of plenty ( Bernstein 2004) of how revolutionary the last 200 years has been Bernstein draws attention to what is called the

Malthusian Trap where productivity per head remained fundamentally stable and therefore held people in a trap. He quotes Phyllis Deane:

When population rose in pre-industrial England, product per head fell, and if for some reason (a new technique of production or the discovery of a new resource, for example, or the opening of a new market) output rose, population was not slow in following and eventually levelling out the original gain in incomes per head.

It is called the Malthusian Trap after the Rev Thomas Malthus who wrote, about the same time Australia was just being settled, his ‘Essay on the principle of population’ (Malthus1798). His analysis of the root cause of human suffering was:

However, as Bernstein points out, Malthus has been proved wrong. In fact, just about the time he was writing his book, there is strong evidence that the real capital GDP per head in western Europe rose astoundingly.

What we have come to know as the Industrial Revolution transformed the Malthusian Trap. Increases in per capita income and wellbeing have way outshot that of population growth. While, as Bernstein is keen to point out, there are crucial institutional and social factors behind this rise even in world per capita GDP in the last two hundred years, the success of science and technology is a crucial component.

To be frank, I do not know of any human endeavour which has advanced so rapidly and effectively as have science and its technological cousin in the last two centuries.

Consider the unprecedented growth in human knowledge which has occurred through the advance in science in the last few hundred years. Two particular and unique features of science stand out.

One, it is a form of knowledge which is genuinely advancing. Although the history of science is not a straight path but often a twisted one of challenges to existing models and conclusions, nonetheless, scientific knowledge does genuinely advance. This distinguishes it in many ways from other forms of human endeavour. And the speed of the growth of knowledge shows presently no sign of slowing down, which is a sign of the great power of the methods of science, of human intelligence and creativity, and the rich and wonderful complexity of the world in which we live.

This leads to the second point. The growth of scientific knowledge is also shown remarkably in the range of that which has been amenable to genuine scientific understanding, from the immensity of the universe to the smallest imaginable level of reality, from the most basic thing to the complexities of the human brain. There is no body of human knowledge which is as surely founded or as wide-ranging in its implications as the growth of scientific knowledge.

Of course, scientific growth has led to new ways of human beings doing evil to each other, and the beginning of innovation often increases human suffering in the short term. For the latter, I am thinking of conditions during the Industrial Revolution and the kind of problems created by the technological advances which we used in the First World War. The scientific enterprise shows the effects of our creatureliness and our fallen sinfulness: our creatureliness in that we are so often ignorant of the implications of what we have learned, and especially its application, and therefore do what seems good at the time but often has very bad consequences and side effects; and our sin in that science increases human power, both for good and especially also for evil.

But, notwithstanding these negatives, I think we can say that science has been a great blessing to human beings. And I think we have good reason to believe that it is going to continue to be so.

I reflect on science from a Christian point of view under four headings.

There is much more one can say about the blessings and limits of science. Of course. I am filled with confidence at the contributions which science will continue to make to human happiness and wellbeing, as well as an awareness that we humans in our creaturely sinfulness will keep misusing it to inflict great miseries on each other and ourselves.

The great danger with science, as with all God’s blessings, is that they themselves can distract you from the giver of the blessings. In a world in which human mastery over created things grows, and in which life can become safer, forgetfulness of God can become easier. This seems to be a mark of many advanced Western societies who have benefited most from the scientific revolution.

This, I think, would be the most serious danger behind it all. Just as when Israel went to the Promised Land, they were told that when things were good they would forget the God who had sent them, so the blessing of science can provide its ultimate limit.

Judge, EA, 2006 ‘Experimental proof in Paul’, in possession of the author, Sydney.

Judge, EA undated ‘Who programs values?’, in possession of the author, Sydney. Malthus, TR (published anonymously) 1798, An essay on the principle of population, J

Paley, W 1802, Natural Theology; or Evidences of the existence and attributes of the Deity, collected from the appearances of Nature