Past Issues, Uncategorized
6 Jan 2013
Tagged Science & Christianity, The Human Being 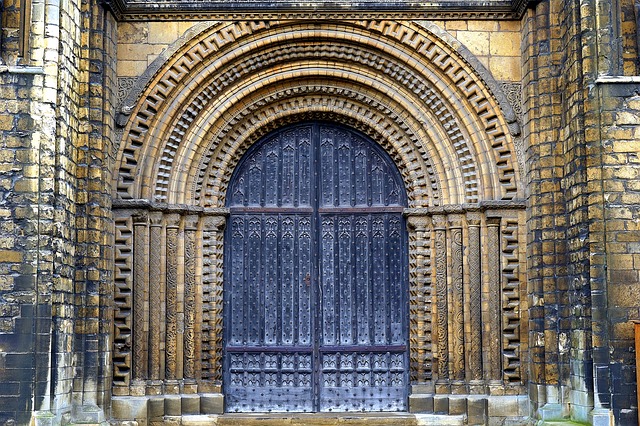 (Fr) Gregory Jacobs SJ, MTS, GradDipArts (HPS), GradDipEd, BSc, BTheol is an Australian Jesuit priest who has worked in school and parish ministry. He is currently doing further study in Edinburgh in Master of Science (Science and Religion).

Academic interests are in the field of the Human Person, Evolution, and the role of the Catholic Church in science/theology dialogue.

The modern scientific method of reductionism does not always work when we investigate creation stories. Here science is not so much the common tool, or the most useful instrument. When we begin to examine the language of the Genesis creation story with that of the tabernacle and temple language of the early Israelite community we gain a clearer sense of what they might have understood about God’s place in creation, and our role to maintain that unity of creation with theology.

The world owes a great debt to the scientific revolution of the 16th and 17th centuries. This gave us new ways of investigating the world, and new tools to implement a new metaphysics. But it also came with its own problems for both science and religious thought.

Science in the modern world works by reductionism. Ideally it functions by holding all but one variable in place and testing this for new information and the consequences of experimentation. This segmentation is what has enabled science to be such a successful tool of new knowledge.

Another example of the new metaphysical thinking of the scientific revolution is that of Descartes’ dualistic metaphysics of mind and matter.

By claiming that the

whole range of non-human life [be put] on the side of matter, he claimed that all animals are automata, complex machines without

intelligence or feeling. Even the human body was to be treated as a machine. Descartes allowed only one exception, the human mind. To mind were relegated all the qualities and aspects of experience with which the new science could not deal. Everything except the human mind consisted of matter in motion.

This had the advantage (and disadvantage as our own century would discover) of freeing us to use (and abuse) creation, because it has not the same moral character as humanity.

From a religious point of view, a dualistic metaphysics played itself out. The fallen nature of humanity given weight by St. Paul, St. Augustine, and their followers, left a pessimistic tone to our understanding of the world.

Many came to view the world as the place of evil and temptation, and our task was to get by as best we can.

The world was a kind of battleground between the forces of truth and falsehood, good and evil, light and darkness… The best stance toward the world was one of contempt. Holiness became defined as a state of other-worldliness.

So the church for centuries encouraged us to find God in the ascetic life of the monk or nun in isolation, not in the daily, messy life of a working family.

This view has been challenged by a deeper reading of scripture and tradition through the last century. For the Roman Catholic Church, the teachings of Vatican II reaffirmed the basic goodness of the world as a place of God’s love and redeeming work.

Therefore…the world…is the theatre of man’s history, and the heir of his energies, his tragedies and his triumphs; that world which the Christian sees as created and sustained by its Maker’s love, fallen indeed into the bondage of sin, yet emancipated now by Christ, Who was crucified and rose again to break the strangle hold of personified evil, so that the world might be fashioned anew according to God’s design and reach its fulfilment.

Dorothee Söelle highlights that we must

not neglect the ‘dust factor’ – the fact that according to Genesis 2:7 there is an intimate connection between human beings and the earth.

What is needed in our current theology is a return to this sense of unity in all God’s creation, in our own sense of God’s presence in the world. A deeper understanding of temple theology can help us greatly in this task.

Moses began to assemble the tabernacle on the first day of the year – the new year was traditionally linked to the creation story – and the tabernacle was assembled in stages each marked by ‘as the LORD commanded Moses’. First the outer structure was set up, Day One, when God separated light from darkness. Then the veil was put in place to separate the holy of holies, corresponding to the second day of creation when the heavens were set in place to separate what was above from what was below. On the third day the table for the bread, wine and incense was set in place, to represent the third day of creation when plants with seeds and fruit were made. On the fourth day the seven branched lamp was set in place, to represent the great lights set in heaven on the fourth day. After this there are problems, because the Hebrew and Greek texts of Exodus diverge at this point, but the pattern is clear enough for the first four days, and this pattern was long remembered.

Later the Temple would take over this symbolism, and be built to also represent creation. In the outer courtyard were representations of the cosmic spheres beyond the earth or within the chaos of the waters (sea and pillars). The antechamber held the representations of light (Menorah) and food (Bread of the Presence). The veil (including incense) separated the heavens and earth – the place of God’s dwelling from the place of human habitation. (Walton 2009 p. 82)1 The Temple in the ancient world is God’s dwelling place, God’s meeting place. Therefore the Temple

is not primarily a place for people to gather in worship like modern churches. It is a place for the deity – sacred space.

1 Jon Levenson, ‘The Temple and the World’, Journal of Religion 64 (1984): 295, even suggests tentatively that there is some possibility that the temple in Jerusalem may have been called by the name ‘Heaven and Earth’. Temples in the ancient world had names, and many of them refer to the temple’s cosmic significance, e.g. the Temple at Nippur, ‘Duranki’, which means, ‘Bond of Heaven and Earth’, and at Babylon, ‘Etemenanki’, which means, ‘Foundation of Heaven and Earth’. This could be supported by such verses as Isa. 65:17–18 in which creation of a new heaven and a new earth is paralleled by creating Jerusalem, soon followed up in Isa. 66:1 with the picture of the cosmos as God’s temple. If this view can be substantiated, Gen. 1:1 would take on a new level of meaning as a reference to the cosmic temple.

It is the place of God’s presence in creation, indeed, as Karl Rahner has put it: creation (and especially creation of humanity) is God’s self- communication of love. This is God’s purpose in creating the world, creating humanity to communicate God’s love.

Our function in creation begins with Adam (and Eve) in Eden being called to ‘till the earth and keep it’. To ‘till’ and ‘keep’ are obviously gardening terms for us. Adam was to maintain the bonds, or order of creation in the garden. As any gardener knows, shrubs need to be cut back, roses pruned to achieve the best flowering next season, etc. But the Jewish people also knew these terms as Temple words.

[To] till, ‘abad, also means to serve a liturgy, and keep, šamar, also means to preserve the law or tradition. Adam the high priest was the Servant of the Lord, whose service in the temple was to preserve the creation, as Simeon the high priest taught: ‘By three things is the world sustained: by the Law, by temple service and by deeds of loving kindness’.

Creation is sustained, therefore, not only by the work of Adam in the garden, but also by the keeping of the law and the care shown to others – including the environment (something that our understanding of the creation covenant might do well to heed).

Finally, Adam was told to subdue the earth and have dominion over it (again an instruction given while he was still in covenantal relationship with God). This again, in our modern materialist reading ‘allows’ us to rape and pillage nature for anything that we want or need for our own progress. An example of this is where ‘Intellectual property’ is used more for its commercial value, and in knowledge based economies, than for shared understanding. In the modern market,

…knowledge cannot be shared, but [only] traded. There is little sign of Wisdom’s influence in the way information and knowledge are used today, or in the way that, for example, natural life processes are patented and used for profit. Creation is being destroyed, not through ignorance, but through knowledge, often very great knowledge, divorced from Wisdom.

There is a reminder here of Nicholas Lash’s warning that:

Religion undisciplined by wisdom is as destructive as sexual activity unconstrained by love.

We have lost the insight that the covenant of creation was the seal that held everything together.

Adam, created as the image [of God], was told to subdue the earth and have dominion over other living creatures (Gen. 1:28), but the word kbš, translated ‘subdue’, means literally to harness or to bind, suggesting that binding was part of the image. Adam was to maintain the bonds of creation… The creation covenant appears as the climax of the Noah story: ‘my covenant which is between me and you and every living creature of all flesh’ ‘the everlasting covenant’ (Gen. 9:15–16). This was the covenant that bound heaven and earth together… it was proof of the Lord’s faithfulness to his people. Signs of the everlasting covenant were the rainbow (Gen. 9:16) and the bread of the presence (Lev. 24:8).

The nature of the loss was therefore, not the presence of Eden, but our understanding of knowledge, or wisdom. The denigration of creation began with Adam and Eve’s disobedience.

The detail rarely mentioned is the precise nature of that disobedience: their attitude to knowledge… They rejected Wisdom… As high priests of the creation, they were to be nourished by Wisdom, but when they chose the other food – the knowledge of good and evil – they lost the garments of glory and found that they lived in a different world. [This] distinction between Wisdom and knowledge is fundamental in the Eden story, and in our current situation. Wisdom is the God-given way of knowing the world, but knowledge is secular, wrenched from its source.

Our task then, it seems is to reclaim a sense of Wisdom that informs our knowledge.

Lash, N 1996 The beginning and the end of ‘Religion’, Cambridge University Press, Cambridge.

Petty, M 1996 A faith that loves the earth: the ecological theology of Karl Rahner, University Press of America, Lanham.