Science as ideology betrays its purpose 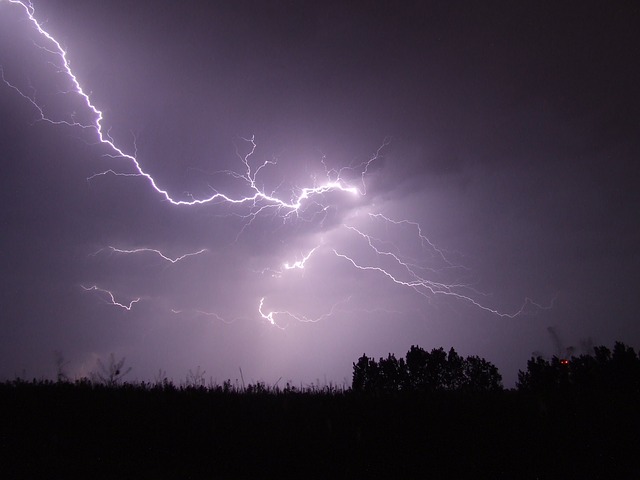 Science as ideology betrays its purpose

The Revd Chris Mulherin (ChrisMulherin@gmail.com) is an ordained Anglican minister who is completing a doctorate in science and religion.

This article is based on talks that Chris gave in March on behalf of the Graeme Clark Research Institute at Tabor Adelaide1, and first appeared in The Melbourne Anglican, June 2012 , p.22. It is reprinted with permission.

Chris Mulherin examines the belief that the natural world is all there is, and that scientific knowledge is the only authentic knowledge, in the second of two articles considering ‘Christianity, science and rumours of divorce’.

We also saw that science has philosophical limits; there are things that science must assume, to even begin its work. Two foundational assumptions that science must make are, first, that the natural world is governed by laws, and second, that human logic and reasoning allows us access to the truth about that world.

In this article we turn to the crucial issue of the relationship of science to a worldview called Naturalism. In the hands of New Atheists like Richard Dawkins the naturalistic worldview turns into the ideology of scientism,

which assumes that science is the only way to truth. Wendell Berry, the Christian farmer and writer, warns of the irony inherent in this sort of thinking: ‘whatever proposes to invalidate or abolish religion is in fact attempting to put itself in religion’s place’ (Berry 2001 p. 99).

Naturalism is a worldview

Naturalism (with a capital N) is a worldview which says that there is no God or gods and that the natural world, which science investigates, is all that there is. According to the naturalistic worldview, reality is only made up of ‘natural’ components such as matter and energy. In its cruder forms Naturalism equates Christianity and other faiths to belief in fairies at the bottom of the garden or celestial teapots or the Flying Spaghetti Monster.

Expressed this way we can see that Naturalism is a worldview in competition with other worldviews. It is a belief system that answers the questions of meaning discussed in ‘Christianity, science and rumours of divorce’ although its answers are of the nihilistic variety.

Science is based on methodological naturalism

At the heart of a good understanding of the relationship between science and faith is the difference between methodological naturalism and Naturalism (the worldview). Methodological naturalism is not a worldview and is an essential foundation of science. It is a tool of the scientific method, a working assumption of science; it is the assumption that when we do science there is no supernatural intervention taking place.

The role of science is quite appropriately to look for natural explanations. This means that supernatural explanations are ruled out in the laboratory and in scientific thinking. Like the carpenter’s hammer, methodological naturalism is an instrument used in order to get on with the job. So although the scientists who use the tool of methodological naturalism may be religious believers, their religious belief plays no part in the way they do their experiments.

Now we arrive at a major source of confusion and we are going to have to do a little amateur philosophy.

The success of science does not prove that Naturalism is true

Much of the claimed conflict between science and faith arises from confusing the tool of methodological naturalism with a commitment to the worldview of Naturalism. This is particularly evident when people ask a question such as, ‘But doesn’t science disprove religion?’. It seems that what lies behind such thinking is an argument that goes something like this:

Now there is a major flaw in this argument. There is sleight of hand where the word ‘naturalism’ is used in two different ways. We can see this if we rewrite the first part of the argument more clearly as follows:

But as you can see, the conclusion doesn’t follow, because the conclusion talks about Naturalism while the first line talks about methodological naturalism which is another thing altogether. In simple terms, just because science assumes that God does not intervene in experiments (methodological naturalism), does not mean that God does not exist (Naturalism). So the success of science can only lead us to conclude this: if God exists, then God normally allows the laws of nature to take their course.

So, science seeks truth about the natural world by using the tool of methodological naturalism. But science is not committed to Naturalism, which is a worldview.

Let’s turn now to scientism, which is an extreme version of Naturalism and is an aberration of true science.

Scientism is an aberration of science

In ‘Christianity, science and rumours of divorce’ I suggested that there are many presuppositions of science that underlie scientific practice but which cannot be arrived at by using science. That is, science cannot show that its own presuppositions are valid. But scientism rides roughshod over these subtleties.

Scientism is a word that is usually used in a derogatory manner to describe a naive, almost blind, faith in science. It is the idea that only scientific knowledge is authentic and any other sort of knowledge is meaningless nonsense.

The thinking behind scientism goes like this: if a naturalistic worldview is correct – that is, if there is no God or gods and the natural world is all that there is – then the only possible knowledge we can have of anything is scientific knowledge. So all that ‘is’ and all that ‘can be known’ is verifiable or falsifiable through the scientific method; whatever can’t in principle be analysed and measured by science is empty belief and fantasy.

Thus science is held up as the absolute authority in every area of human life and thinking. Instead of science being a tool in the search for truth it has become an ideology – some would say a quasi-religion – that constrains what sort of truths are allowed to exist. New Atheist philosopher Daniel Dennett promotes this view of science when he says,

(Dennett 2006) ‘when it comes to facts, and explanations of facts, science is the only game in town’.

What, then, is the problem with scientism? To put it bluntly, scientism is a faith – a blind faith at that – as it boldly claims that science is ‘the only game in town’ or suggests that science can show that Naturalism is correct.

At the heart of scientism lies a logical contradiction. Scientism claims to be rigorously scientific and says that we should believe something along the following lines: ‘the only things you should believe are those things that science shows us to be true’. Let’s call that the ‘S-thesis’.

mix the metaphor, the S-thesis shoots itself in the foot. In which case, the appropriate response to Professor Dennett when he says that only science can give us facts, is to ask him simply, ‘Is that a fact?’

There are many things we believe that are not the result of science. And as I explained in ‘Christianity, science and rumours of divorce’ there are many presuppositions that science depends on but which science cannot show to be true. If science were the only game in town then it wouldn’t even get to first base because the game of science depends on so many ‘non-scientific’ beliefs.

But as most scientists, religious or otherwise, know well, science is not scientism and scientism does not follow from science: it is one thing to affirm the validity of scientific knowledge but it is another thing to say that all knowledge must be scientific.

For most Christians with a healthy respect for natural science it comes as no surprise that science and faith are not locked in mortal combat and destined for divorce. For the Christian, all truth is God’s truth and, to use a metaphor borrowed by Christians over the centuries, both the book of God’s word and the book of God’s world reveal something of the creator of all things.

Science and Christianity are neither in conflict nor are they completely independent. In the famous words of Albert Einstein (Einstein 1941), ‘science without religion is lame, religion without science is blind’. Or, as Cambridge palaeontologist, Simon Conway Morris, points out (Conway Morris 2012), science and Christianity are more like conjoined twins.

Science without Christianity is actually rudderless, doomed to investigate a universe in ever greater detail, but in a way that Nietzsche would have appreciated, as a completely meaningless exercise. And Christianity without science risks abandoning rationality for a gobbledegook of syncretistic tosh.

To those convinced that a divorce is imminent, let me suggest that the marriage will endure. As someone has said, ‘the Church of God is an anvil that has worn out many hammers’, and while the New Testament exhorts Christians to ‘be prepared to give an answer’ to those who ask the reason for their hope, there is, from a Christian perspective, no cause for alarm. The universe is in good hands and they are not those of Professors Dennett or Dawkins.