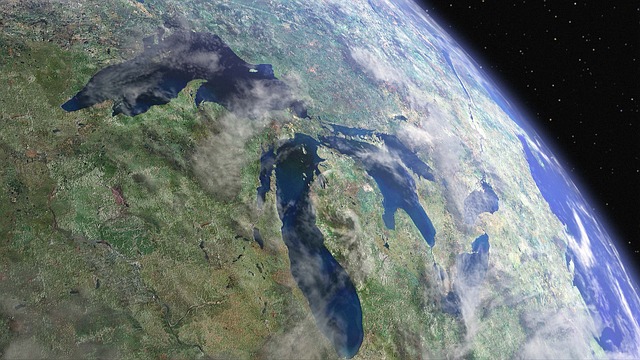 First a scientist believes facts. That in itself is an act of faith. Under certain conditions water boils at 100 degrees centigrade. Gravity always acts. Staphylococci cause boils. Sometimes the facts of a case have to be verified. Is it really true that water goes down the plughole clockwise in the northern hemisphere and anti-clockwise in the southern? Scientific facts, like historical facts can be verified according to set norms. The reliability of witnesses to the facts comes into the picture.

However facts are really quite slippery. The more facts are analysed the more they can be seen to be understood within a framework of understanding. Most of us believe in the germ theory of disease. It was not always so. Germs were only discovered in the 1880’s. Some people believe climate change is a fact, others challenge that. Christians believe in the fact of the resurrection of Jesus. That too is often challenged. Most facts are accepted within a certain framework of understanding, a framework of belief, if you like.

In the complicated world of modern science the scientist usually has to convince funding bodies that the proposed experimental program is worth embarking on. Not only must the funding body believe that the experiment is worthwhile, but also back that belief with a funding grant. Funding bodies thus have to exercise considerable judgment in expressing their belief in the applicant and the applicant’s program. There is a close analogy here between faith in a scientific pursuit and faith in a business venture. There are of course many stories of scientists struggling to fund their research, and of their heroic faith in their research in the face of much scepticism, finally verified by the success of their experiments.

In the world of science there are large theories which underpin our modern understanding. Some examples are the germ theory of disease, atomic theory, and Newtonian mechanics. These large theories are useful in developing new directions for research, and they are open to modification. The replacement of Newtonian physics with quantum mechanics and relativity is an example of how new theories replace older ones.

The theory of evolution is this type of theory. It is the most plausible explanation of a whole range of biological observations and makes sense of large swathes of biology. Theories like this form the basis of further experimental research. Few biologists function without this theoretical framework, and to dismiss the theory of evolution as ‘only a theory’ shows a basic misunderstanding of the process of science. Still accepting these theories is a process of faith, but a faith based on facts and their best explanation, according to how the world really is rather than how we might like it to be.

In a different direction scientists exercise faith in the integrity of their scientific colleagues. While there is a need to be wary, and there is a whole literature on scientific fraud, the scientific enterprise would slow enormously if we assumed that all our colleagues are fraudulent.

Scientists are taught to be critical of any research papers they read, and critical appraisal is a skill all scientists need to practise. Nevertheless we assume that the results of experiments were correct and that a colleague verifying these results is also a person of integrity. It is in this last sense of personal trust in our colleagues that scientific faith comes closest to the sort of faith Christians exercise in God.

Thus there is a lot of faith in science: faith in facts, in hypotheses, in experimental direction, in theories and in the integrity of our colleagues. However these forms of faith are not quite in the same category as the faith a Christian exercises. According to the writer of the book of Hebrews, the heroes of faith continued to believe in spite of evidence to the contrary. Now this does not mean believing six impossible things before breakfast. It means a steadfast confidence in the good purposes of God for our lives in the face of contrary experience. It means a steady and ongoing commitment to the things of God even in the face of adversity.

Even when the fig tree does not blossom or there is no fruit on the vine, yet the believer will still trust in the good purposes of God because God is still the source of the person’s strength in adversity.1

There is no way of proving to the sceptic that such a belief is justified, and indeed there are some dark nights of the soul where the believer may well despair, but the story of the gospel is the story of life beyond death, of hope in the midst of suffering and the confidence that the promises of God in Christ are trustworthy. Further St Paul points out that God’s Spirit is given to us in adversity to encourage us and to remind us of the unfailing love of God in spite of tribulation.

There is however another form of Christian faith described by our Lord as faith as a grain of mustard seed. It is that audacious faith that enables disciples to move mountains, and to see great healings take place. Faith in this sense is closest to the faith a scientist has in her hypotheses in the face of scepticism from colleagues. Such an audacious faith sees more deeply than others and is eventually vindicated when the mountain moves.

Is such faith compatible with science? The answer has to be a resounding yes. It was the audacious belief in the faithfulness of God that led early scientists (who were mainly Christians) to assume that the world was rational, understandable, predictable, and able to be experimented on.

These fundamental basic metaphysical beliefs helped society turn its back on the unpredictability of the superstitions of the day and to place their confidence not only in God but in the world that God has made.