Reflections on the Christian mind | ISCAST – Christianity. Science. In conversation

Reflections on the Christian mind 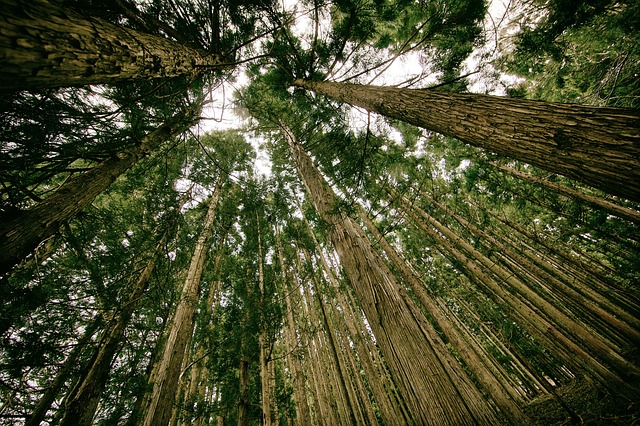 Reflections on the Christian mind

These notes arose out of the ISCAST(Vic) evening in which Ron Choong (Academy of Christian Thought, www.actministry.org) was a late scratching. These notes are my reflection beyond the evening rather than a summary of the very interesting discussion of that evening. I must admit I have finished up in somewhat of a different place from where I had initially planned to go, but subsequent events have changed the emphasis of my thinking.

For academics, we usually understand the Christian mind as the way Christian theology integrates with everyday life. Thus Mark Noll’s famous The Scandal of the Evangelical Mind is an extended discussion of the failure of evangelicals to contribute to the academic world of high culture, including:

economics and political science, literary criticism and imaginary writing, historical inquiry and philosophical studies, linguistics and the history of science, social theory and the arts.

But the scandal for Noll goes deeper. It is the failure to:

think like a Christian about the nature and workings of the physical world, the character of human social structures like government and the economy, the meaning of the past the nature of artistic creation and the circumstances attending our perception of the worlds outside ourselves.

Such an understanding might imply that to have the mind of Christ is to be as clever or as academic as Christ was. (I will explore my engagement with Noll on this later). Trouble is that there is not much evidence in the Bible for a clever Christ. Sure, his wise sayings confounded the wise of this world, but they seem to be more canny than clever. Is the mind of Christ more phronetic than knowledgeable? And if that is so, where does this place the Christian academic?

In Scripture the mind of Christ can be used in two ways. In Philippians, Paul, no mean scholar, asks the Philippians to have the mind of Christ. By this he asks them to have the same attitude towards renouncing status that Jesus did. Jesus chose to forgo his rights as the son of God to become a servant obedient to death, even death on a cross. Paul was addressing the practical issue of dissent within the Christian community, and appealed to Christ as an example of someone who forwent selfish ambition and conceit for the sake of the interests of others. He wanted the Philippians to have one mind, one love, one purpose and one spirit, the spirit, mind, love and purpose of Christ. His appeal was far more towards developing the virtues of Christ than to develop Christian cleverness.

1 Corinthians 1:18–2:16 where Paul again presents the approach of the Christian contrasted to the cleverness of the world. Here the foolishness of the cross is contrasted to the wisdom of the world. Greeks expect a certain intellectual sophistication; the Jews seek a sign of power. Both were confounded by Christ crucified, weakness and a stumbling block to Jews, and pure foolishness to the Greeks. To us it might seem Jews and Greeks had some preconceived categories into which Christ did not fit, but to Paul it was that their minds had not been enlightened by the Holy Spirit. Hence they just could not see what was obvious to those whom the Spirit had touched. For the only way to know the person of God is for the Spirit of God to reveal God to other persons, just as the only way to know any other person is for that person to open themselves up to another. The joy and mystery of the Gospel is that God has chosen to reveal the mind of God in Jesus Christ, and the Spirit of God in turn reveals God to those the world regards as foolish.

Why did God choose the foolish things of the world to confound the wise? Why did the foolish see what the clever did not see? A Christian mind recognises the deceitfulness of the heart and hopefully recognises its own deceitfulness. Indeed John clearly states that the person who says ‘I see’ is still blind. That blindness is greatest among those who have studied the most, and in particular those who have studied Scripture most! The irony of the New Testament is that those who should have known Christ not only rejected Christ, but actually crucified him. This is a very sobering thought: it was the students of Scripture, who prayed daily who fasted three times a week, who gave alms to the poor, who killed the Lord of Glory. As Barth said, humankind is at its most sinful when it is most religious. The foolishness of which Christ speaks is the foolishness of the biblical scholar, whose tight preconceptions preclude seeing the Word made flesh. It is a foolishness Paul experienced before he encountered the living Christ on the road to Damascus. That experience changed his perception of Christ and Christians forever.

This type of personal encounter occurs throughout the New Testament. Peter is able to say of his hearers, ‘Though you have not seen him you love him’ (1 Peter 1:8), and his exposition of his hearers’ personal knowledge of God is much more than the apprehension of a formal body of doctrine but a living reality of a personal relationship which affects the development of the Christian virtues, especially of love and hope.

Where then does the Christian academic fit in? I think it is unfair to suggest that Noll is simply on about cleverness. Noll calls on Christians to love God with their mind as well as their heart and soul and strength. It is a call to bring the Lordship of Christ into every area of human endeavour including academic endeavour. I resonate strongly with Noll’s observation that the

expanding influence [of creationism] is the firmest indication that the damaging intellectual habits of fundamentalism maintain a powerful grip on the evangelical world.

I also agree with his observation that this has come about because of a wrong view of Scripture and a wrong view of science. By definition we do not see the hermeneutical grid through which we see science and the Bible, hence the importance of our recent publication Genesis 1-3: Science? History? Theology? by John Thompson (Thompson 2007). Good clear rigorous academic thinking in this area is necessary to avoid the descent into fundamentalism bedevilling scientism and creationism.

However there is very little justification for a removed academic approach. If we take the incarnation seriously then Christians must be engaged with the world and take on the pain and suffering of the world. Objective remoteness so beloved of academics falls into the trap of the disengaged reason eulogised by Descartes and the punctual mind eulogised by Locke (Taylor 1989, pp. 143–176), but pure rationalism does not fully engage in the passion and pain of the world. Christ’s engagement is one which wept with the hurting world, and he calls us to follow in his steps.

Nor in truth is true objectivity possible. Our rationalisations unconsciously fashion our commitments and our logic in truth is more akin to rationalisation. Thus Hume’s ‘reason is a slave to the emotions’ is an important truism and renders all claims to ‘objective rationality’ suspect. Thus inherent in our developing a Christian mind is the need for humility and to recognise our susceptibility to blindness especially over our own perception and commitments.

Recently the addiction medicine specialists in Victoria had an interesting experience with one of the gurus of addiction psychiatry, George Vaillant. George is a Harvard Professor in his 70’s who asked the simple question from addiction medicine physicians, ‘Why do you resist going to AA meetings?’. The subsequent group discomfort and our attempts at rationalisation were a good practical illustration of the unconscious mechanisms by which an intelligent group like addiction medicine doctors determine their commitments.

As an example of the difference between theoretical knowledge and practical wisdom and insight, I was recently talking to a patient, Pam (not her real name). It was easy to see that her life was unmanageable, and that her alcoholism dominated her life. She was filled with shame and self-reproach. I took a gamble and wrote a prescription with her name, the date and prescribed ‘grace’ to herself and to others frequently. She replied, ‘I know all about grace, learnt it when I grew up in a church school’. I don’t think she was prepared for my smile of despair as she insisted she knew about grace when in fact she did not know grace. She would certainly give it to others, but she seemed incapable of applying it to herself.

The last example is the resurgence of the abortion debate in Victoria, Australia. Some Christian conservatives have once again resurrected the rather sterile argument of the nature of the fertilised egg. Such an argument is a stalemate in our society and Christians quibbling between themselves over this topic take energy away from the practical question of what we are doing now about the tens of thousands of abortions currently being performed in our society. It seems to me that we as a society need to take practical measures to reduce this number, but that we will not do this by simple legislation. Christians more than anyone should realise that the law is sterile and will not alter people’s motivation. We need a new, compassionate, practical approach.

Christians need to stop fighting each other over academic quibbles and do something practical like getting behind the pregnancy support clinics for unmarried mothers, sex education, practical role models of chaste behaviour and changing the current perceptions in the entertainment industry that one shags a bird on the first date, then decides whether one is in love with her and then marries her.

What then is a Christian mind? It is firstly one that has encountered the living Christ and learned of him. It is humble, virtuous, wise, passionate and engaged practically with the world. It motivates people to be doers of the word and not hearers only. It needs a theological safe space in which to flourish. In a Christ-like environment the Christian mind can flourish. I pray that ISCAST will continue to create such an environment, and facilitate such an environment in the community.

Noll, MA, 1994, The scandal of the evangelical mind, Eerdmans IVP.

Sources of the self: The making of the modern identity. Harvard University Press.