Past Issues, Uncategorized
15 Nov 2010
Tagged The Human Being 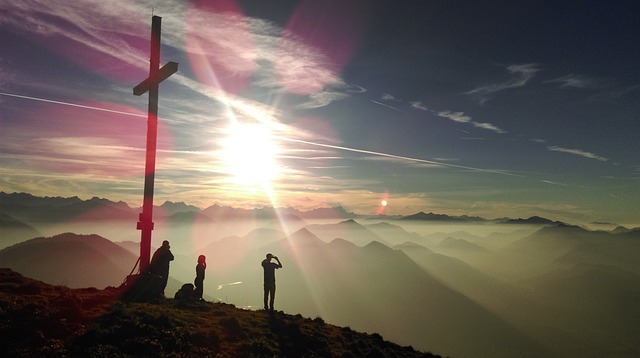 Devotions at the start of the ISCAST Board meeting, Sept 13, 2010

In the past God spoke to our forefather through the prophets at many times and in various ways, but in these last days he has spoken to us by his Son, whom he appointed heir of all things and through whom he made the universe. The Son is the radiance of God’s glory and the exact representation of his being, sustaining all things by his powerful word.

After he had provided purification for sins, he sat down at the right hand of the Majesty in heaven.

It is absolutely clear that both God, the Father and Jesus, the Son, created the universe and that God, particularly in Jesus, is sustaining all things – all the physical laws, natural processes and systems through which the universe and world has evolved and continued over the last 13.7 billion years or thereabouts, and that not only is God our creator but that through Jesus, and his death on the cross for us, we are able to come into a special relationship with God.

In Genesis 1: 26, we read that human beings are made in the ‘image of God’

When I consider your heavens, the work of your fingers, the moon and stars, which you have set in place, what is man that you are mindful of him, the son of man that you care for him? You made him a little lower than the heavenly beings and crowned him with glory and honour. You made him ruler over the works of your hands; you put everything under his feet.

What does ‘being made in the image of God’ mean? It includes, to quote from the Test of FAITH course (produced by the Faraday Society), (1) the ‘gift of a personal relationship with God’ and (2) having ‘a responsibility to rule over the earth’.

It is also seems clear to me that from what scientists have learnt from the book of nature that ‘being made in the image of God’ must also include the ability that we human beings have ‘to think God’s thoughts after him’ – to be able to discover the underlying laws and processes, that control the universe and biological life and their evolution over the ages – to be able to understand and describe these processes, for example, in mathematical equations, to make valid predictions and manipulate scientific processes. God has been incredibly gracious in giving us human beings the ability to do such things.

The tragedy is that some people, like Stephen Hawking, now consider that because we understand how natural processes work that there is no need for a belief in God – because they consider that we only need to invoke God to fill gaps – to fit in to what science cannot explain – the flip-side of the view unfortunately held by some Christians that ‘gaps in knowledge’ prove the existence of God. ISCAST has an important role to counter such erroneous views.

Let us pray: Thank you Lord for your graciousness to us human beings. We pray that you will help us in ISCAST, and during our board meeting this evening, to honour you in our discussions and decisions and indeed in all our activities. In Jesus name we pray, Amen.