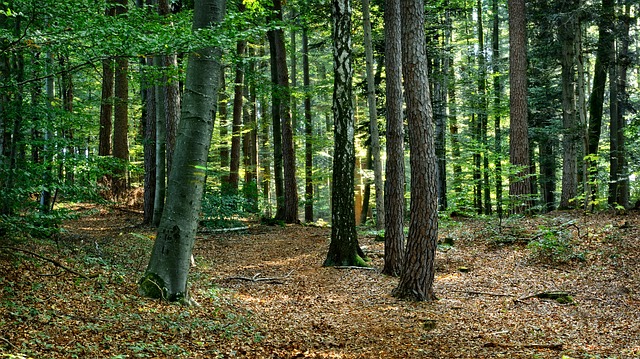 This excellent extended lecture (of 12,000 words) can be bought through the ISCAST bookshop in hard copy. A PDF version can be downloaded here.

This is the 1966 Tyndale Lecture given in Melbourne, reproduced with the author’s permission. The creation accounts in Genesis are analysed, considering their language, literary forms, relation to history, and theological interpretation.

On any view of the Bible it would be widely accepted that Genesis 1–3 gives expression to some of the most fundamental views of ancient Israel about God, humankind, and the world. Indeed it might fairly be claimed that for Israel these three chapters together with the other chapters in the so-called primaeval history set out in Genesis 1–11 gave expression to what Israel held to be the essential prelude to her own particular story which began with Abraham. Her existence as a people had meaning only against a background which was cosmic in its scope and universal in its sweep. Her own history could only be properly understood in relation to a broad sweep of historical events commencing with the creation and moving through all the ages of God’s continuing preservation of all life everywhere until his final goal was achieved. In that grand design Israel had a significant part to play and her supreme function was understood in terms of a universal broken relationship between God the Creator and humankind his creatures. Genesis 1–11 gives definition to the universal need of humanity which made it necessary for God to act in a redemptive way so that the broken relationship might be restored. In that great plan of redemption Israel had a key role to play.

The central affirmations of Genesis 1–3

The chapters under consideration in this lecture form only part of the larger prelude to the Bible. In particular the central affirmations of Genesis 1–3 are basic to the whole of biblical revelation. I think it is not claiming too much to say that whatever one’s view of the literary nature of these chapters reasonable agreement could be reached as to what were the basic assumptions which find expression here. One person may affirm that these chapters should be read quite literally denying all use of metaphorical or symbolic language. Another may affirm that the chapters are in the style of poetry, being full of symbolic language, figures of speech, and artificially constructed literary forms. But whatever view is adopted in regard to the literary nature of the chapters the definition of the central affirmations should be approximately the same for they present important beliefs about the nature of God, of human beings, and of the world. God stands alone and is the sole originator of all things, animate and inanimate. Human beings, unlike the animals, are capable of holding converse with God and are responsible beings because, to use the language of Genesis 1:26, they are made in the image of God. But human beings are also in a state of alienation from God, and this alienation goes back to their very beginnings. In that state humankind is under judgment though not beyond the mercy of God nor beyond his redemption. The world of things animate and inanimate is secondary. God alone is primary and eternal. The pagan concept of pre-existent matter out of which God might fashion the world has no place in these chapters. The world is not independent of God but is his handiwork.

It may be that these affirmations are rejected by some modern thinkers, but that they are clearly enunciated in Genesis 1–3 as part of the faith of Israel can hardly be denied.

It is my contention in this lecture that the primary importance of these three chapters for Christian and Jew alike is that they set forth in unmistakable terms, certain great affirmations about God, Humankind, and the World. The manner in which this is done is secondary. That is not to say that the literary form in which the affirmations are made is unimportant. Nor is it to say that we should not make serious endeavours to ask what kind of language the Bible uses to describe the phenomena of nature. Nor again is it to say that it is unnecessary to ask serious questions about the precise manner of history writing used in these chapters. Indeed these questions and the answers given to them are basic if any reasonable exegesis of the chapters is to be obtained. And it is proposed to devote some little space to a consideration of these matters presently. But, for myself at any rate, the primary importance of Genesis 1–3 lies not in any specific historical or scientific value, but in their theological value, that is, in their great assertions about the nature of humanity and the world. And these I accept as part of my own faith because I hold them to be a vital part of God’s revelation to humankind.

Before we look more closely into these chapters there are some preliminary questions to settle. And to these we turn first of all.

Bernard Ramm in his The Christian View of Science and Scripture (Ramm 1954 pp. 45–54) makes four useful observations about the nature of biblical statements about natural phenomena.

First, Biblical language is popular but not scientific, that is to say, complex terminology of the scientist which is necessary and proper in scientific discussions, is absent from the Bible which was written for men and women who spoke the language of the home and the market place. If such a book is to find acceptance among all peoples (which incidentally it does), its language in regard to natural phenomena must be simple, popular and understandable to all. The opinion of Bernard Ramm in this regard is worth pondering. It is:

Secondly, the language in the Bible in such matters is the language of appearances. Complex scientific explanations are not out of place but we do wrong to seek them. A few illustrations will make the point obvious. To the naked eye the sun ‘rises’ each morning and ‘sets’ each evening.

Heavenly bodies may be classified roughly into sun, moon, and stars— nothing more. That is the language of observation which is necessarily limited since the eye cannot distinguish such refinements as asteroids, nebulae, planets and the like without a high degree of sophistication. Broadly speaking, animals are of two kinds, wild and domestic. Fish are of two kinds—large and small. Living creatures may be classified into human beings, animals, reptiles, fish and birds. Numerous expressions which arose out of simple observation such as ‘the circle of the earth’, ‘he hangs the earth upon nothing’, ‘the mountain falls and crumbles away and the rock is removed from its place’ etc. neither require revelation, nor anticipate the findings of modern science. They require only the careful observation of natural phenomena (Ramm 1954 pp. 86–95).

Thirdly, the Bible has no theories about natural phenomena unless it be the constant assertion that God lies behind all. One looks in vain for a theory of relativity, an atomic theory, a theory of evolution, a Quantum theory, and so on. The Bible is silent as to the ‘inmost constitution of visible things’ (Ramm 1954 p.48).1 Hebrews 11:3 which reads in the A.V. ‘We understand that the worlds were framed by the Word of God so that things which are seen were not made of things which do appear’ is not an anticipation of the modern atomic theory but merely the affirmation that God did not need to take pre-existent matter in order to fashion his universe. Whereas the scientists working in the areas of astronomy, geology, physics, chemistry, biology, zoology, botany etc. postulate theories to account for the phenomena they observe, the Bible is content with descriptive language. Should the scientist discover a ‘scientific law governing certain phenomena, he has not thereby explained God away.