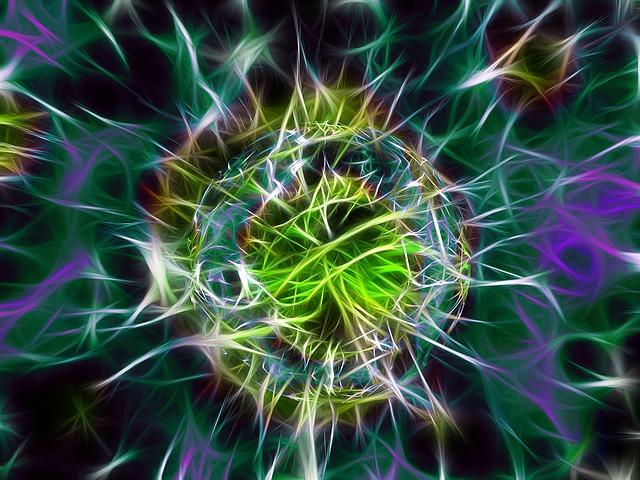 It has now been 200 years since the birth of Charles Darwin and 150 years since the publication of the Origin of Species. And yet, controversy still persists within large parts of the Christian community as to whether evolutionary processes are 1) supported by the best available scientific evidence and

2) pose a threat to the tenets of traditional Christianity. This short discussion piece is presented as a kind of distilled primer for the benefit of those wishing to explore questions of origins, perhaps for the first time. It is written from the perspective of someone who has come from a physical sciences background, whose formative years were largely untainted by the raging controversies concerning evolutionary biology. The so-called ‘conflict hypothesis’ – that Christianity and science (in general) and Christianity and evolution (in particular) are incompatible – is examined and discredited. Such a conclusion may be of interest to those outside the scientific community who are watching from the sidelines, wondering what all the fuss is about.

One of the most regrettable aspects of the current cultural engagement with evolutionary theory is that evolution, as the currently prevailing scientific paradigm, is so often represented as an affront to belief in the God of Christianity. From ‘new atheists’ such as Richard Dawkins and Daniel Dennett, to young earth creationists from within the Christian camp, we are assailed by the claim that a neo-Darwinian evolutionary process is somehow incompatible with the notion of a Divine Mind. An incredible amount of friction can be generated in these discussions, which is unfortunate, as some interesting insights are frequently lost amidst the noise.

It is relatively easy to discredit the claim that Christianity is an anti- scientific enterprise when one considers the simple fact that there are currently many leading scientists in the Christian community who are distinguished in their respective fields, trustworthy, reputable, who have practised honest science and yet wholeheartedly affirmed a faith and commitment to Jesus Christ.

Many of these distinguished figures profess belief in some form of ‘theistic evolution’, which proposes that God is the creator of the material universe, and that He utilizes the evolutionary process as a mechanism for developing and bringing forth human life.

The claim that evolution excludes the Christian God is also regarded as a non-sequitur by many notable leading atheists. The famous atheist Stephen Jay Gould remarked that the scientific method was simply not capable of adjudicating on matters of God’s possible superintendence of nature. Gould noted that many of his eminently learned colleagues saw no direct conflict whatsoever between the notion of a personal God and the utility and explanatory power of the scientific enterprise.

It may also surprise some to learn that Charles Darwin himself repudiated any direct link between evolution and atheism. It is very interesting to note Darwin’s remark that when he penned the Origin of Species he ‘had the faith of a bishop’. His later rejection of Christianity and lapse into agnosticism was not wholly due to the implications of his discoveries, but also was largely informed by his growing personal distaste for the doctrine of an eternal hell for non-believers, and of the untimely death of his beloved daughter Annie. The crucial point is that for Darwin himself, it was not evolutionary theory alone that provided ultimate grounds for the rejection of Christianity, but other factors.

Evolution is neither ‘bad science’ nor ‘just a theory’, but is a full-blown capital-t Theory that has garnered a wide degree of support. It cites comparative anatomy, genetic similarity, geographical distribution, comparative physiology and other items as evidence for its coherence, validity and explanatory power.

Many very legitimate and honest ‘gaps’ in the theory certainly do still exist; most notably, questions regarding gradualism versus punctuated equilibrium, and a robust understanding of abiogenesis — the origin of the first complex, self-replicating cells. I certainly concur that further critical research may be profitably conducted in these areas. Much criticism has been levelled at the Intelligent Design movement for investigating this area; and I don’t think that all of it has necessarily been deserved. At the very least, we have nothing to fear from conducting a proper, sober hearing of their arguments, though I don’t think the question of God’s existence hinges upon their outcome.

When we examine the various alternative forms of special creation and evolution we need to keep in mind the distinction between identifying ‘mechanism’ as opposed to ‘agency’. Dr John Lennox makes the compelling point that confusing mechanism with agency is one of the most common philosophical confusions, and that those (including the new atheists) who set up God (the agency) and science (which discusses the mechanisms) as competing animates are making a very elementary category mistake. They don’t even belong to the same category.

Dr Lennox also notes that the great Sir Isaac Newton recognized how mechanism and agency were not competing concepts. Fascinatingly, when Newton penned the most brilliant book in the history of science called Principia Mathematica, he wrote in his dedication at the beginning that he wished ‘to persuade the thinking man that there is a God’.

Science plays an important role in unpacking how such mechanisms could conceivably operate, or may have operated in the past. But in short, Christians have nothing to fear from science or what it may discover. On the contrary, Christians throughout history have an outstanding tradition of celebrating science and practising it as a way of ‘thinking God’s thoughts after him’, as Kepler so elegantly put it.

Finally, it is frequently implied that accepting that mankind possesses an evolutionary heritage somehow negates or obviates the creation story in Genesis and its teachings regarding mankind’s relationship to God, and of the implications of sin, or breaking this relationship. One need not come to this conclusion. Any proper hermeneutical analysis of Genesis’ opening chapter will conclude that it is a rich, complex and beautiful piece, possessing elements of parabolic language, high poetry, allegory and other styles, crafted to convey the reality of an all-powerful, monotheistic God to a nation embedded in the Mesopotamian world of polytheisms and sun worship. If we properly ascribe Genesis to such a literary genre and read it within this context, we find that not only are its teachings still true, but its timeless message about what it means to relate to God and to be made in his image still resonates strongly with us, even to this very day.

It is important to note that historical Christian thought has not been consistently dominated by literalist, young earth interpretations of Genesis (notably, Augustine, Origen, Aquinas, and Wesley). Given this fact, it seems prudent to me that we should approach such questions of biblical interpretations cautiously and openly, noting that, in the words of John Wesley, the scriptures ‘were written not to gratify our curiosity [of the details], but to lead us to God’. Each side must treat those who hold to other interpretations with respect. I submit that the mechanisms of special creation, intelligent design and evolution are all entirely permissible according to proper, responsible scriptural exegesis.

God has provided us with a wonderful, beautiful universe filled with many strange and exotic particles and processes. But, in the words of Prof.

George Rochester, ‘The really amazing thing is that He gives us the gift of science to discover them’.

As a species called upon to transcend our evolutionary heritage—to forgo reflexive hostility towards others and instead to practice altruism—the teachings of Jesus Christ, His forgiveness of sins, His promise of a renewed, restored, complete Creation and invitation to participate in the Kingdom of God, become even more important, not less. As Christians, we can all accept, engage and resonate with this worldview as something that is exciting, stimulating and enriching, whether one accepts evolution as God’s preferred creative mechanism or not.

How was the Genesis creation story interpreted before Darwin?, The BioLogos Foundation, viewed 19 June 2009, http://biologos.org/questions/early-interpretations-of-genesis/