Can the computer be a substitute for humanity? | ISCAST – Christianity. Science. In conversation.

Can the computer be a substitute for humanity?

Past Issues, Uncategorized
6 May 2013
Tagged Evolution & Creation, The Human Being 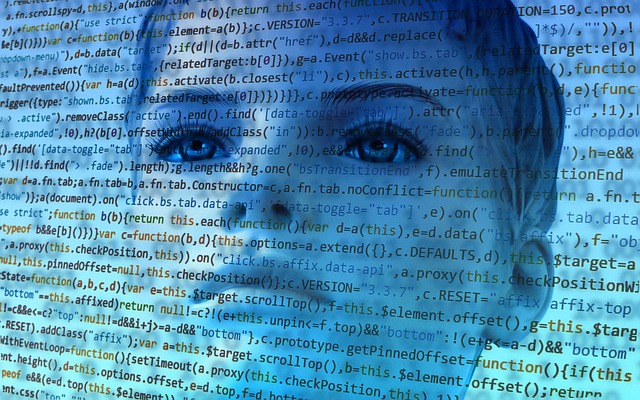 Can the computer be a substitute for humanity?
Mark Worthing, May 2013
Download PDF

Can the computer be a substitute for humanity?

This article is an edited extract from ‘Computers, God and humanity – toward a theology of the computer’, the 2012 ISCAST Victoria annual lecture on science and faith, delivered by Dr Worthing on 9 November 2012 at the Centre for Theology and Ministry, Melbourne, and published in The Melbourne Anglican, December 2012. It is reproduced with permission.

When world chess champion Garry Kasparov was beaten by the IBM computer Deep Blue in 1996, concerns were raised about our relationship with computers and how human uniqueness could be under threat. Mark Worthing reflects on artificial intelligence and its theological implications.

In the early years of computing there was a very real fear among some, expressed in both academic essays and sci-fi writing, that computers might achieve consciousness, and rise up to challenge human beings.

Even though recent films like the Terminator and Matrix series have been built upon this scenario, few now realistically consider such a revolt of the machines a possibility. The present concern is rather that elements of our humanity will be all too easily allowed to diminish as we happily allow computers to do much of our thinking, remembering and decision-making on our behalf.

One theologian is reported to have quipped in the early days of the PC that computers have no more theological significance than typewriters. But are computers simply complex human tools – or are they something more than this? Are the products of the pinnacle of God’s creation surpassing that pinnacle themselves?

In just a single generation the advent of computers has produced a host of changes to the way we think, learn and act as modern humans. Those of my own generation and older were accustomed to memorising great slabs of material. At school we memorised everything from classic poems, to the periodic chart, to times tables, nations and their capitals, etc. At Sunday school and church we memorised Bible verses (and not just two or three favourites, the books of the Bible, the Lord’s Prayer, the Apostles’ and Nicene Creeds, and often the contents of one or the other of the classic catechisms). We trained our minds from an early age to store great amounts of material and to recall this information when needed. Our children and grandchildren are neither taught to memorise information nor do they see the need to do so. That’s what the internet is for, they tell us. They can find anything they wish, whenever they wish. And if asked to say the Lord’s Prayer or Nicene Creed at Church, someone will put it up on the screen.

Memory is not just about storing and recalling information; it is about how we relate to that information and how that information shapes us. When computers began to allow us to rely on them to store our information, it meant that there would be changes in our human relationship to this information. Yet this and other changes to our way of thinking, acting and living in the computer age have largely not been reflected on theologically.

A recent children’s movie called Wall-e portrayed the remnants of human society living on a deluxe space ship for several generations with computers and other machines doing everything for them. Apart from being too heavy and too weak to get about the ship unaided, these humans had also become weak intellectually and creatively as these functions were all happily turned over to computers and other machines. We have been happy to let computers do our complex (and even not so complex) maths for us, to store our data, organise our days, weeks and years, reminding us when we need to go to an appointment or finish a project; we have let them store the verses of scripture previous generations would have learned by heart, as well as our most significant poems and stories. But are we happy with this? What other functions might we be willing to hand over? Decision-making, political views, creativity…faith?

The perceived threat to our human uniqueness was illustrated by the famous encounter between then world chess champion Garry Kasparov and the IBM computer Deep Blue in a match in February 1996. Before the match, Kasparov stated that he saw himself as the defender of humanity and human ability against the onslaught of computers. The kind of thinking required by chess, after all, is so uniquely human that even the best of computers would only be a pale and predictable imitation of the best human play – or so it was thought. The first game with Deep Blue was a wake-up call. Deep Blue won. For the first time a computer, albeit one capable of processing 50 billion possible moves within three minutes, had beaten a reigning world chess champion at a long play game of classical chess.

Analytical thinking has for centuries been one of the chief attributes of philosophical and theological anthropology and is said to distinguish humans from the rest of the animal kingdom. Yet when a computer can beat the best that humanity can produce at our most symbolic test of analytical thought, where does that leave humans and our perceived uniqueness? At the very least, the advent of something approaching artificial intelligence (AI) has the potential to engender an identity crisis for modern humanity.

For students of AI, the Kasparov versus Deep Blue game was a hugely significant incident. Many immediately thought of Alan Turing and his Turing Test for AI. Alan Turing, famous for helping crack the enigma code in WWII, posited that when a human being, asking questions of a computer and a human subject veiled behind a screen, could not distinguish which one was human, then AI had been achieved.

If AI is possible, if the best computer can beat the best human player at chess, do we need to rethink our human uniqueness? It is hard enough when we feel our jobs can be replaced by computers, but is our human identity also under threat? This was a big question in the 60s and 70s in the early days of computing when imaginations ran wild about what was possible. Ironically perhaps, now that computers have exceeded many of our early expectations, we as a species seem much less concerned about the uniqueness of our human identity being threatened. We are more comfortable with the technology, and have learned that our personal computers, unlike HAL in 2001 – A Space Odyssey, are not going to gain sentience and try to shut us down before we shut them down.

From a theological perspective, we have perhaps become more confident that our true uniqueness lies in our relationship with God, not in our ability to play chess, store large amounts of data, spell-check, control traffic patterns, or run programmes. But we should not be surprised that human beings have been able to create something that can perform many functions we once believed only people could do. The theologian Philip Hefner coined the term ‘created co-creators’ some decades ago to describe our ability and propensity to reflect the image of God by ourselves creating marvellous things – including perhaps even AI. This does not make us God any more than it makes computers genuinely sentient – but it does say much about human beings made in God’s image. We should neither fear for nor worship our own creations, but rather be in worshipful awe in the presence of the One who created beings capable of reflecting God’s own creativity so powerfully.

The onslaught of computers in our world and our daily lives does not signal the need for a headlong retreat from technology, nor a head-in-the- sand approach. The Christian community needs a genuine, working theology of the computer to help us understand just what it is we have created, and what it means for our world, our view of God, our own humanness and the future of humanity.