Book Review—There is a God: how the world’s most notorious atheist changed his mind | ISCAST – Christianity. Science. In conversation.

Book Review—There is a God: how the world’s most notorious atheist changed his mind 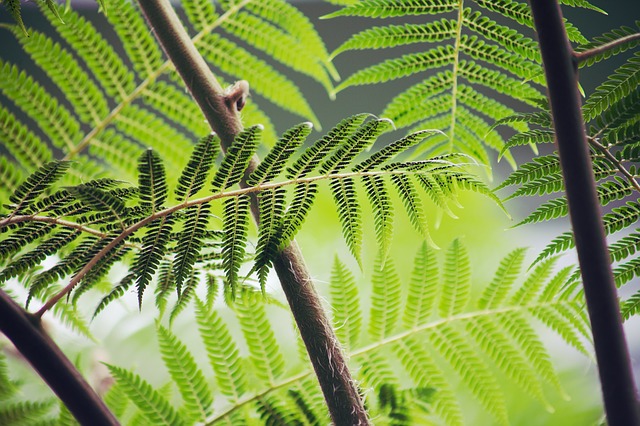 Review of Antony Flew’s book ‘There is a God: how the world’s most notorious atheist changed his mind‘
John Pilbrow, February 2013.
Download PDF

There is a God: how the world’s most notorious atheist changed his mind

This review first appeared as an article entitled ‘The philosopher who flew the atheists’ nest’ in The Melbourne Anglican, July 2012, p.22, and is reproduced with permission.

Antony Flew’s courageous abandonment of atheism in the last six years of his life demanded much of him, as it does of us. John Pilbrow reflects in this review, on one philosopher’s pilgrimage from unbelief.

At the beginning of a public debate at New York University in May 2004, one of the world’s most notable atheist philosophers, Antony Flew (1923– 2010), announced ‘that he now accepted the existence of a God’ (p. 741), something that sent shock waves through the atheist world! But it showed that atheists sometimes do change their minds. Given the triumphalism exhibited during the recent Global Atheist Convention, a reflection on Flew’s defection from atheism is worth undertaking.

In There is a God: how the world’s most notorious atheist changed his mind, Flew traced in a little book his journey from adolescent atheism and Marxism to deism. Here we learn why he found it necessary to abandon many of the views he had previously expressed in support of atheism.

Indeed, he went so far as to describe his book, God and philosophy (Flew 1966), as a historical relic! He admits that he embraced atheism too quickly in the light of the problem of evil. This is perhaps understandable given what he experienced during family visits to pre-World War II Nazi Germany as a teenager.

Although Flew departed from the Methodism of his childhood, he remembered his theologian father’s advice to follow the path of wisdom and also Plato’s dictum ‘to follow the argument wherever it leads’. After his conversion to Deism, he mused,

though I had come to see things from a different perspective, I was still playing the game with very much the same passion and principle as before.

Flew’s reputation as an atheist apologist was established by his short, but very influential and widely disseminated essay, Theology and Falsification (Flew 1950), first presented as a paper to the Oxford Socratic Society. His objectives were ‘to clarify the nature of the claims made by religious believers…’ (p. 43) and ‘to spice up the bland dialogue between logical positivism and Christian religion’ (p. 44). Further, he recognised that the ‘presumption of atheism is, at best, a methodological starting point, not an ontological conclusion’ (p. 56). (The Preface to There is a God by Roy Abraham Varghese gives a very readable overview of Flew’s thought over six decades).

While Flew recognised that science on its own ‘cannot furnish an argument for God’s existence’ (p. 155), he long believed that the onus of proof lay ‘on the one who affirms, not on one who denies’. Therefore, he used to believe that it was up to theists to prove God’s existence (p. 69). In his later years, Flew was strongly influenced by several Christian philosophers, in particular, American Alvin Plantinga and his assertion that there exist basic beliefs such as theism and God’s existence (p. 55). Flew eventually concluded that the burden of proof actually rests with atheists (p. 56). Nevertheless, if Plantinga is right, and I think he is, much of the discussion regarding proofs for the existence of God becomes irrelevant.

Flew was critical of Richard Dawkins’ claim that God, if He exists, must be complex, and he advanced arguments God must, in fact, be simple. And he rightly pointed out that the old atheists would never have claimed God was a scientific hypothesis!

Those scientists who point to the Mind of God, do not merely advance a series of arguments… Rather they propound a vision of reality that emerges from the conceptual heart of modern science and imposes itself on the rational mind. It is a vision that I find compelling and irrefutable.

There is a God

He identified four important issues for further investigation: the origin of the laws of nature, how life originated from non-life, how the universe came into existence and ‘Did something come from nothing?’ (p. 91). Flew refers to the zero energy, quantum fluctuation idea that might explain how the universe arose from nothing (p. 142). However, at present, physics can only look back close to, but not exactly to t = 0, 13.7 billion years ago. It is silent about the ‘before’ and speculation about what went ‘before’ is in any case metaphysical, not scientific.

During the previously mentioned debate at New York University with Jewish physicist/theologian Gerald Schroeder and Scottish Christian philosopher John Haldane, Schroeder spoke about an experiment in which six monkeys and a computer were placed in a cage. At the end of one month, no single word in the English language had been typed! Schroeder then demonstrated the improbability that six such monkeys could produce a Shakespearean sonnet by chance! While Flew found this line of argument incredibly persuasive, I disagree strongly with his conclusion:

If the theorem won’t work for a single sonnet, then of course it’s simply absurd to suggest that the more elaborate feat of the origin of life could have been achieved by chance [alone].

The picture from biology and genetics is that it is not chance alone, but rather an interplay between chance and necessity. (See, for example, Polkinghorne, 1986, pp. 50-51.)

In any case, Schroeder’s argument doesn’t really help. Why? Because we can’t be sure about what is or is not possible without evidence. The reality is that life exists (with a 100% probability!) and modern science has furnished us with robust levels of understanding concerning cosmic history and the evolution of life during the past 13.7 billion years.

In a discussion of molecular biology, complete with quotes from high- profile biologists who profess ignorance about how life might have arisen from non-life, Flew concludes that

the only satisfactory explanation for the origin of such ‘end-directed, self-replicating’ life as we see on earth is an infinitely intelligent Mind.

Intelligent Mind (Creator), with which I agree, but it is quite another to imply that the step from non-life to life required a special intervention, rather than through processes embedded in the natural order by the Creator. It seems to me Flew confused God (as Creator) with processes of cosmic and biological evolution.

Flew showed considerable courage in retracting much of his previous support for atheism and it is a tribute to his intellectual integrity. We should be grateful that he exposed many weaknesses in arguments used by the New Atheists. (See Varghese’s critique of New Atheism in Appendix A of There is a God.) Rather than feeling triumphant, the challenge for us Christians is to be clear about what we believe and why.

During the three years that elapsed between publication of There is a God in 2007 and his death in 2010, it is reasonable to wonder whether Flew moved nearer to the heart of Christian faith. But he did say this,

Appendix B in There is a God by the former Bishop of Durham, Tom Wright, provides a historical evaluation of the gospels and the life, death and resurrection of Jesus, that takes us beyond the limitations of the philosophical arguments found throughout the book.

There is a God is a fascinating account of a personal pilgrimage of one of the foremost thinkers of our time. But one should read the arguments carefully and not be mesmerised by its easy-to-read style.

Polkinghorne, JC 1986, One world; the interaction of science and theology, SPCK, London.