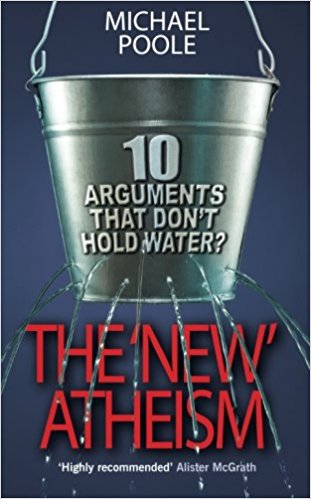 In some former times, most European countries were Christian countries, in the sense that many people were Christians, most went to church, and the Christian religion was generally held in respect. I‘m not sure whether Australia was ever quite a Christian country by that definition. But now, Christians are a smaller minority, and there is a group of dedicated atheists who are trying hard to propagate their creed. I say creed, because it is as much a system of belief as the tenets of any small religious sect. It is necessary to reply to their statements, lest some shaky arguments go by default. However, Christians should be much more concerned about the majority who are neither theists (believers in God) nor committed atheists, but are indifferent to the matter (like the Roman governor who ‘cared for none of these things’).

The question of God’s existence, or possible non-existence, has a certain vagueness—what kind of God? Do we want to prove the existence of Kali, or of the Aztec god who required human hearts torn from living bodies? Or a detached intelligence (‘careless of mankind’, as in some science fiction), or an undemanding emotional spirituality (rather like a warm bath)?

However, Dawkins and allies fire most of their bullets at the Christian God, and it is this attack that Poole replies to.

He replies to ten lines of argument, that are often offered in opposition to the Christian God. Very briefly listed, they are the claims that:

Poole offers brief refutations of these contentions. His arguments are the same as are given, in more length and depth, in the books by Polkinghorne and McGrath. This short treatment should be useful to many who want to understand, but not to make a detailed study of the questions. Chapters 1, 4, 5, 7 and 8 relate to factual issues, and the facts are not on the side of those atheist critics who raise these issues. Faith is not ‘belief in what you know ain’t so’; it is committed belief for a reason, and committed atheism is also a very different faith (see chapter 4). A belief may be rational and evidence-based, though without a complete logical proof (there are few such outside mathematics). However, Christians should be careful what they assert in areas where others may know more than they. Poole cites Augustine, ‘…if they find a Christian mistaken in a field which they themselves know well, how are they going to believe … the resurrection of the dead, and the hope of eternal life…?’

Chapters 2 (faith) and 3 (virus) deal with missiles that could be fired straight back at the atheist critics. (Is militant atheism also a virus?) Concerning chapter 6 (explanation), I concede that a religious explanation can often motivate, but sometimes not adequately explain (at least, for me). A scientific explanation also may predict, but not necessarily explain. For me as a mathematician, a calculation need not explain; an explanation needs the thing to also fall into a pattern. In chapter 8, scientists who are Christians are shown not to be an endangered species by listing notable examples of them.

I found chapter 10 harder to follow. Our physical world is described by a list of ‘physical constants’. It appears that if some of these were different by very tiny amounts from their observed values, then there would be no stars, no planets, no carbon-based life, and certainly no Dawkins. This strongly indicates an intelligence behind it, supposing there is just one universe. It might be otherwise for Hoyle’s steady-state universe (supposed always existing, so no beginning to account for), but this seems contradicted by observations. Otherwise,a ‘multiverse’ postulates a large number of other unobservable universes, with different physical constants, with our universe a random selection among them. Must we, then, abandon the scientist’s quest for explanation, and choose between an inscrutable God and an inscrutable casino? The theist has a more attractive choice if God has intelligence, purpose, and ethics, all reflected to some extent in the universe. But much that we would like to prove, we can’t. Even in mathematical logic, we can sometimes prove that an axiom is consistent with others, but seldom prove that it follows from others. The choice will depend on the consequences, and likewise for other deep philosophical issues.

I recommend this book to any thinking person who cares about the questions that are basic to the universe we live in.

Bruce Craven was a Reader in Mathematics at Melbourne University until retirement. He is still active in mathematical research and writing.