Book Review—The Bible, Protestantism and the Rise of Natural Science 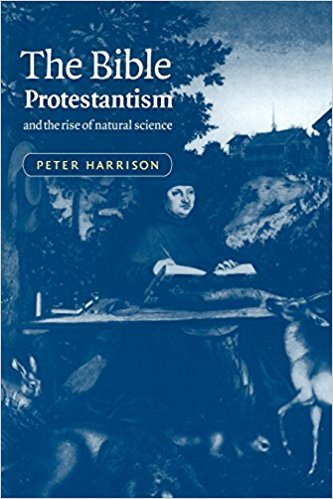 The Bible, Protestantism and the Rise of Natural Science

History doesn’t just happen and this is nowhere more evident or relevant than in a consideration of the history of modern science. John Gribben, the popular science writer has just published his new book, Science: a History 1543–2001 which seems to imply that it just happened, as he describes the people and dates that surround these happenings. (One’s confidence in the happenings is seriously eroded however when one considers the statement on p.15 that Queen Mary came to the throne of England in 1553 at the death of Henry VIII!!). Gribben’s choice of a beginning however is significant, 1543 being the date for the publication of the revolutionary books by Copernicus on astronomy and of Vesalius on anatomy.

The modern scientific movement commenced in the 16th and blossomed in the 17th Century and then proceeded over the next two to three centuries to become the dominant force that it represents today. There were important changes at this time—a different approach and understanding of nature—that resulted in the emergence of rational empiricism as the engine of modern science. The renewed authority of nature itself, observed and probed by experimental methods, was asserted rather than that of the old textual authorities.

The question Peter Harrison addresses is why modern science arose at this time? Science had been pursued by the ancients and indeed supported (though somewhat fossilized) in its Aristotelian synthesis with theology by the medieval church. He argues that the significant factor in the modern development was the indirect result of the Protestant Reformation, with its resultant change in approach to scripture. In Protestantism, there was a move from an allegorical to a literal interpretation of texts and a move from an espousal of the authority of ancient authorities to a fresh look at the unencumbered text itself. He argues that medieval scholarship was largely based on symbolism and allegory and on the authority of texts both with respect to nature and to theology. The Renaissance brought a replacement of authority by observation and of interpretation free of such authority. The Reformation brought a return to original texts and authority in both scripture and in nature. The book of nature was now considered not as a text (represented for example by the allegorical Bestiaries with their somewhat bizarre mythical and unexplored beasts), but as a book of objects to be explored literally.

The purpose of nature was also considered in a new sense as a new natural theology with the details of nature observed as objects by science and explored to extol the glories of God. This certainly facilitated the knowledge of nature, but it was not without its rationalization in the hands of the natural theologians. Woodworm that destroyed the hulls of ships was considered, for example, as justified by its role in furthering international relationships because it promoted the sale of pitch to repair the damage. It did however get woodworm investigated!!

The exploration and renewed interest in a literal Adam and of Eden led to a renewed exploration of the concepts of a humanity dominating nature and also to an attempt to restore the perceived primitive full knowledge, of nature that was considered the language of Eden lost by the fall. These subjects and others are developed fully in Harrison’s fascinating and scholarly book, which makes it a significant addition to the literature of the history of science. It is both well written, conclusively argued and fully documented from original sources and can be read and pondered by all those interested in the development of the modern scientific movement.

Allan John Day is Emeritus Professor of Physiology, the University of Melbourne, Australia, a Senior Academic Fellow, Ridley College, and a Fellow of ISCAST.