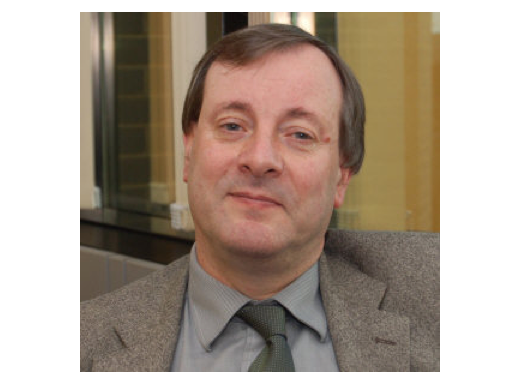 The bankruptcy of scientific atheism

This lecture may be viewed at http://iscast.org/resource/McGrath_A_2007_09_Bankruptcy_of_Scientific_Atheism

Alister McGrath, Professor of Historical Theology at Oxford University, was in fine form during last Thursday night’s lecture entitled, ‘The bankruptcy of scientific atheism’, held at Glen Waverley Anglican Church in Melbourne. Those familiar with his podcasts and voluminous writings would certainly recognize the performance as ‘vintage McGrath’, an articulate, compassionate and thought-provoking presentation, seeking to engage directly with the difficult questions that lie at the interface between modern science and religion.

The presentation began with a lengthy introduction in which McGrath contended that, contrary to the perception consistently and mistakenly perpetuated by the media, science and religion need not necessarily be adversarial in nature, noting that indeed many of his own eminently learned colleagues at Oxford see no direct conflict whatsoever between the notion of a personal God and the utility and explanatory power of the scientific enterprise.

Further, he strongly denounced attempts to elevate the scientific method to such heights that (it is contended) science becomes capable of answering the ultimate philosophical questions regarding the meaning of life. Quoting, significantly, Thomas Huxley, and later, Stephen Jay Gould, he reiterated that the scientific method, with its reliance on hypothesis generation, experimentation and falsification, is simply not capable of adjudicating on matters of God’s possible superintendence of nature. If the existence of a divine being is to be inferred, it must be done so on grounds other than the scientific method. Still, the scientific method is an invaluable tool in that it helps us to understand the world that we find ourselves in, and to learn more about the existing laws that govern it. Ultimately though, science is incapable of explaining what, if anything, lies behind or beyond these laws, or, rather more importantly, why there are indeed any laws at all.

Having established these ground rules, McGrath moved on to the main substance of the presentation, which was to provide a rebuttal of five central recurring arguments that characterize the case against God proposed by modern atheists including Harris, Dawkins and Hitchens. Though these arguments are not new, they have recently been promulgated with an almost evangelical enthusiasm; and hence the theist is obligated to weigh them and respond with the utmost seriousness. They can be grouped as follows:

McGrath spent a significant portion of time addressing this issue, and with good reason, as this concern rates high in the public consciousness due to the recent rise of destructive fringe movements within the major world religions. Believers should not, he argued, shirk from the fact that we have much to do in terms of reigning in and intellectually critiquing those who would subvert religion in order to gain power and pursue their own agendas.

On this issue, it is essential to avoid tarring the overwhelming majority of mainstream, law-abiding and socially well-adjusted members of religious groups who abhor violence with the brush of extremism practiced by those on the fringes. Further, it is evident that extremism itself rather than religion is the real culprit, as demonstrated by the grotesque violence of a non-religious nature which manifested itself in the former Soviet Union, in Cambodia and in Rwanda in purely political, cultural and tribal forms.

In conclusion, McGrath issued a clarion call to all pastors and laity stressing the importance of apologetics in this modern age, noting that the arguments raised in The God Delusion can actually be addressed relatively simply and straightforwardly by those who possess a basic knowledge of practical apologetics. Yet still, many believers remain uneasy with confrontation and feel ill-equipped to engage with questions from family, friends and colleagues regarding the essential doctrines of Christianity. A higher prioritization on increasing the historical and biblical knowledge of churchgoers must occur, and it is the role of small groups, discussion forums and professional associations like ISCAST where this education and mentoring should take place.

Perhaps the most heartening and encouraging aspect of this event was the presence of a number of atheist, sceptic and agnostic attendees, in addition to the theists who would traditionally be expected to attend such a presentation. I think this is an excellent development, and I sincerely hope this tradition continues, and that strong bridges can be built between different organizations and people with diverse philosophical views. The very best way to prevent individuals from both sides from retreating into defensive and sometimes dangerous positions of hyper-fundamentalism is for us to engage each other, and for cordial, challenging and completely open and free dialogue to occur between all parties, on these, the most important of life’s questions.

For those who wish to pursue these questions further, I can heartily recommend McGrath’s paper ‘Has Science Eliminated God’ which expands upon the above points in greater detail.

McGrath, A, 2005, ‘Has science eliminated God? – Richard Dawkins and the meaning of life’, Science and Christian Belief, Vol 17, No. 2, viewed 28 September 2007, http://www.scienceandchristianbelief.org/articles/McGrath%20article%20172.pdf