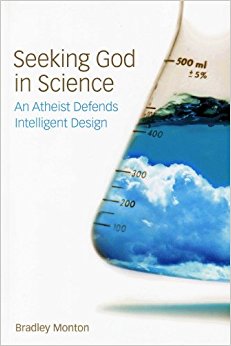 After a preliminary read, I regard this as one of the most interesting treatments of Intelligent Design theory on offer. I found it surprising for a number of reasons:

The book really is a work of philosophy rather than science, and I think those who approach ID purely as a scientific hypothesis will wonder, at points, just what precisely Monton is on about. The first chapter, in which Monton seeks to formulate a clear definition of ID, scientifically focused readers may find frustrating. Those with a more philosophical bent will have far less problem. The two central chapters on the legitimacy of treating ID as science and an analysis of some plausible ID arguments cover familiar topics in a quite unfamiliar, and thoroughly thought provoking, way. The last chapter on the teaching of ID in schools is concerned mainly with ethical and pedagogical concerns rather than with legal concerns arising from the US Constitution. It may, accordingly, help those in a non-US context process the issue in locally relevant ways.

Murray Hogg has qualifications in Mechanical Engineering (Monash University) and Divinity (Bible College of Victoria) and is currently completing a Master of Theology in Religious Epistemology.