Past Issues, Uncategorized
30 Aug 2016
Tagged The Human Being 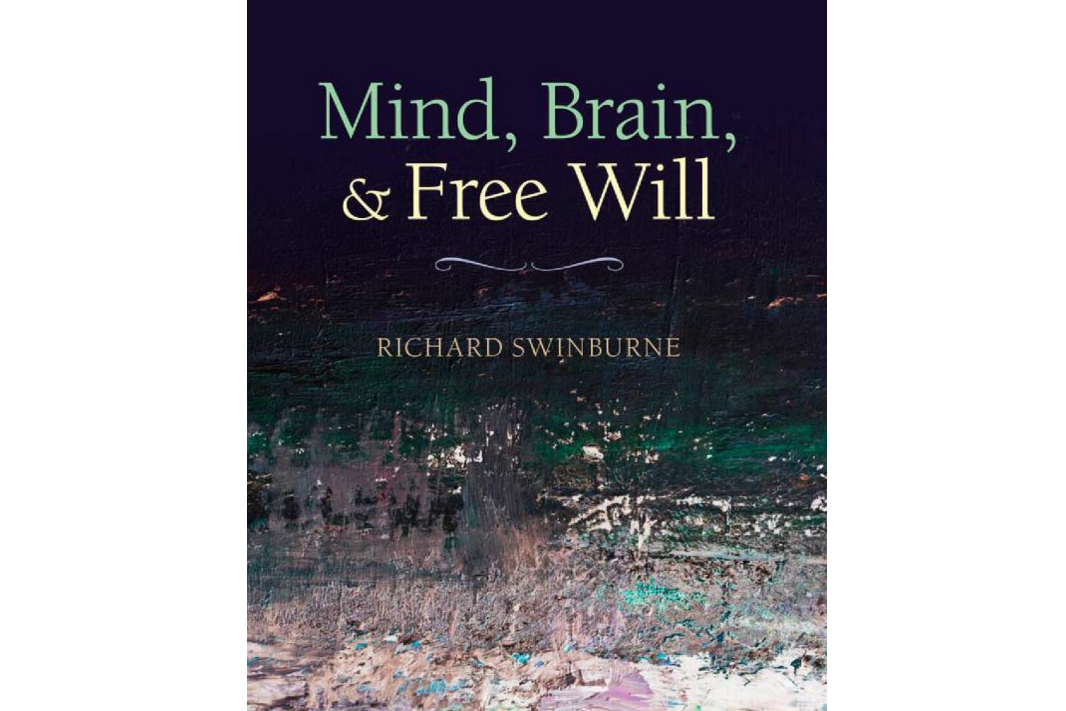 Mind, Brain and Free Will

A review by Andrew Wood

Richard Swinburne, who was until 2002 Professor of the Philosophy of the Christian Religion at Oxford University and is a Fellow of the British Academy, has examined several important issues at the intersection of contemporary neuroscience with personhood. This book follows on from several well-selling books, such as Is there a God? and Was Jesus God?, representing significant contributions to the ‘natural theology’ approach to apologetics (that is, using reason rather than appealing to revelation or personal experience).

As the title implies, the book looks at the big questions of the relationship between mind and brain and furthermore how free humans really are when making moral choices. Unlike those who follow the ‘non-reductive physicalist’ view, in which the mind is essentially a product, or manifestation of brain physical processes (but amenable to top-down causative influences), Swinburne is a dualist, arguing that since mind and brain have different properties they cannot be identical and thus cannot be the same substance. He is thus firmly in the ‘substance dualism’ rather than ‘property dualism’ camp. The principal distinguishing property of mind is that it is private to the individual, who has privileged access to his or her own thoughts. Others can only discover what is in an individual’s mind by the way that person expresses thoughts in speech, writing or art. Swinburne also argues that the history of the world is incomplete if only physical causes and effects are taken into consideration: human minds have had great impact on the physical as well as the mental story of events. He also appeals to what he terms the ‘principle of credulity’ which is that things are probably the way they seem to be, that is, that moral decisions are indeed up to us, that an immaterial soul is the one entity that continues from cradle to grave (and beyond) and that it is counterfactual to posit that a scientific theory could fully predict an individual’s intentional actions.

Human individuals, he argues, are ‘pure mental substances’: that is, substances for which only pure mental properties are essential (p. 141). This leaves open the possibility of persons being disembodied—that is not ever having bodies (in the case of angels, for example) or following earthly death. He goes on to consider the question of continued personal existence following severing of the corpus callosum (‘split brain’) or speculatively if half of one’s brain could be transplanted to someone else. He also considers a possible scenario in the future, of progressive replacement of portions of the brain, in particular, in operations in which the person remains conscious (which often occurs, quite deliberately, during brain surgery). He concludes that if, for example, 10% were replaced by someone else’s brain parts each year for 10 years, that at the end of this period the person surviving as a continuation of the original person is as logically possible as any other outcome. He concludes: “the preservation of certain brain parts is neither logically necessary nor logically sufficient for personal identity” (p. 155): in other words there is no ‘self spot’.

The conflicts that humans have between ‘oughts’ and ‘desires’ are explored as an example of the interplay between brain and mind, where brain events can be caused either by earlier brain events or mental events: “Intentions can cause brain events which can cause bodily events.” However, in turn, neither brain nor mental events can fully determine our intentions and thus we certainly do have free will. Moral decisions can represent going against our deepest heart-felt desires in order to do what we perceive to be right. Moreover “humans are so made that if we make a certain kind of choice once, then that makes us more inclined to make a choice of that kind next time” (p. 209).

The book falls into three broad sections: i) arguments for brain and mind being of different substances (relating to physical and mental events respectively); ii) the nature of consciousness and identity, and iii) the responsibility for moral choices (including an extensive discussion of the Libet experiment: that we apparently make moral choices manifested in brain events some time before we become aware having done so).

Some may find the initial arguments rather heavy going: Swinburne is quite open about this: “I must ask those who are not professional philosophers to be patient … for only with clear criteria for the identity of substances, events and such like can we answer questions about whether mental events are merely brain events … or whether I am the same thing (same substance) as my body” (p. 1). Thus the book does deal with some pretty substantial issues.

Some also might find the discussion of how precisely brain and mind interact rather unconvincing (an appeal to quantum uncertainty, to allow causal interaction without energy-momentum exchange), but overall, readers will find the book exceptionally well argued, replete with challenging ‘mind experiments’ and including consideration of some of the latest findings from neuroscience and imaging technologies. Highly recommended to all those interested in ‘whatever happened to the soul’.

Andrew Wood is a biophysicist who is currently with the School of Health Sciences at Swinburne University in Melbourne. He has taught many aspects of Biomedical Instrumentation over many years. He worships at St Stephen’s Anglican Church in Greythorn, North Balwyn.