Book Review—Creation or Evolution: Do We Have To Choose? | ISCAST – Christianity. Science. In conversation.

Book Review—Creation or Evolution: Do We Have To Choose? 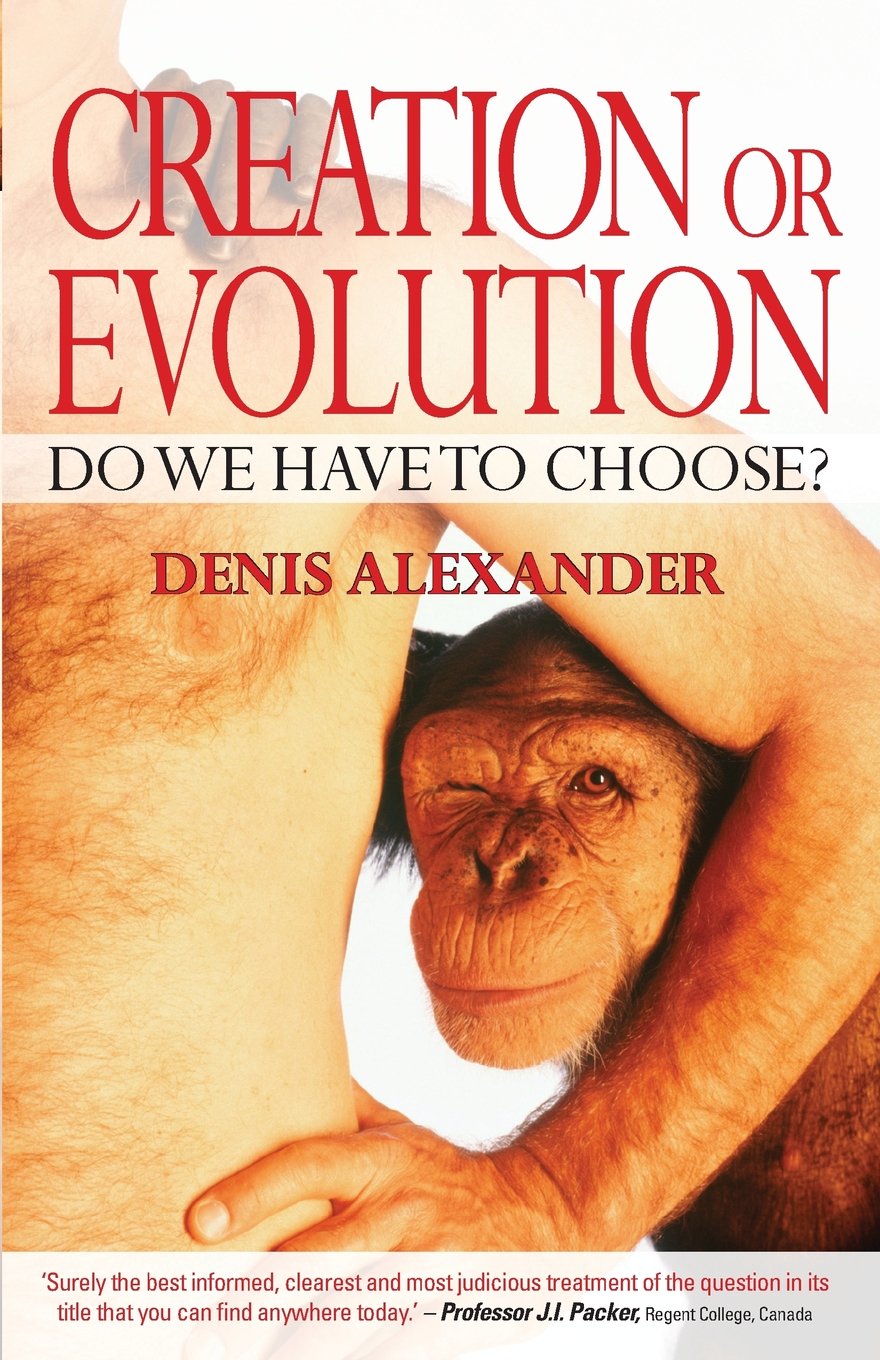 Review of Denis Alexander’s book ‘Creation or Evolution: Do We Have To Choose?‘
David Marlow, June 2009.
Download PDF

Creation or Evolution – do we have to choose?

Denis Alexander’s recent book Creation or Evolution – do we have to choose? will possibly be the benchmark for all future texts in this field and should be a first reference point for all Christians interested in the topic.

While Francis Collins’ excellent book The Language of God was written for a wide audience (and may be read as a Christian response to books such as Richard Dawkins’ The God Delusion), Alexander’s book is aimed specifically at believers and the title question. It addresses head-on many issues that concern Christians who are persuaded both by the logic and conclusions of hundreds of years of scientific research, and the authenticity and supremacy of the Word of God.

Much of Alexander’s time is spent addressing the issue of interpretation. One particular target is the concept that evolution is a ‘natural’ process. Alexander states clearly that there is really no such entity as ‘nature’, nor is there any concept of ‘naturalism’, as the God of the Bible is the Creator of everything, including nature. Moreover, God has been, is being and will always be the Creator, from Genesis to Revelation. In that sense, evolution is simply the means by which God brings about his good creation, rather than being some separate godless process.

Alexander’s primary concern with interpretation is unsurprisingly in the Biblical texts themselves. His treatment of the passages about creation – the Genesis creation accounts, Adam and Eve, and The Fall – is particularly useful and fills an important gap for many Christians worried at the superficial dichotomy between the Biblical and scientific accounts. His discussion on Genesis 1 and 2 makes many similar points to those found in a recent ISCAST article1 in persuading the reader to treat these passages as theology, rather than history or allegory. In this way, the significance of early Biblical themes such as the Sabbath and marriage is not compromised.

The discussions on Adam and Eve and The Fall try to marry the Biblical account with scientific evidence, accompanied by a detailed analysis of

1 Dickson, JP, 2008, ‘The Genesis of Everything: An historical account of the Bible’s opening chapter’, ISCAST Online Journal, viewed 15th May 2009, http://iscast.org/journal/articles/Dickson_J_2008- 03_Genesis_Of_Everything.pdf.

both. Various models are proposed, from the literal young-earth model through to an ahistorical old-earth model. The best explanation appears to be that God first chose to reveal himself to real middle-Eastern farmers from the homo sapiens genus with the capacity to understand Him: Adam and Eve were thus the first of the homo divinus as John Stott called them. While conceding that it is an imperfect theory, it does seem to fit the Biblical and scientific evidence rather better than either a literalistic or symbolic interpretation.

No doubt in response to Dawkins and others, Alexander is at pains to emphasise that Darwinian evolution does not go hand-in-hand with atheism. Indeed, Alexander cites many instances in the 150 years since Charles Darwin’s The Origin of the Species was released of people and ideologies that have tried to use evolution to justify their philosophy. The communist Karl Marx and the capitalist Dale Carnegie both did, and the ‘new atheists’ like Dawkins and Daniel Dennett are simply the latest to jump on the bandwagon.

Some of the sections on genetics, Alexander’s specialty, may be relatively heavy going for the novice. However the discussion is important, and the recent evidence he presents from this field is both fascinating and affirming for an old-earth rather than young-earth view of creation. This merely further endorses existing evidence from geology, biology, cosmology and palaeontology. Throughout this discussion, Alexander continually advocates for the harmony of the science with the Bible. Indeed current work may be hinting that intelligent life on earth was inevitable as a result of evolutionary processes, rather than being some sort of cosmic accident as Dawkins et al may have us believe. The closing chapters describe examples of how the conditions that allowed life to commence may also act as constraints on the possible pathways that life can take to evolve, thus forcing particular outcomes.

It is clear that Alexander is perplexed and frustrated that fellow believers still subscribe to either the literalistic young-earth viewpoint of the creation account, or to the more recent phenomenon of Intelligent Design (ID), in spite of the evidence to the contrary. This becomes increasingly apparent as the book continues and he presents his arguments and evidence. His treatment of ID may be described as ‘harsh but fair’, with recent scientific evidence suggesting that many of the exemplars of ID (such as the bacterial flagellum) are being dismantled with alacrity. Aside from specific sections on Genesis 1 and 2, Adam and Eve and The Fall, many other objections to evolution are substantively addressed, with at least as many questions returned to those holding a young-earth perspective (e.g. ‘Was there death before The Fall?’ There must have been, in the form of the death of plants, as Adam and Eve had to eat). His frustration perhaps boils over in the Postscript to the book, but hopefully this does not detract from the weight of his arguments to that point. Alexander, like Collins, is greatly concerned that our overall witness is diminished – particularly within the scientific community – by fellow believers ‘talking nonsense on these topics’ as Augustine said in the fifth century.

By the conclusion of the book, Alexander’s answer to the title question is apparent. Nevertheless he also makes it clear that the title question is not the main game, and quotes other theological and scientific luminaries throughout to reinforce the point. The Bible is about theology, and specifically, God’s plan of salvation for humanity – i.e. through the birth, death and resurrection of Jesus Christ. Like Collins’ ‘BioLogos’ argument for faith and science in harmony, Alexander’s aim in trying to find common ground between the book of God’s Word and the book of God’s Works is noble and has generally been achieved.

Dr David Marlow is a Senior Operations Research Scientist with Australia’s Defence Science and Technology Organisation and is a member of Murrumbeena Baptist Church in suburban Melbourne.