Past Issues, Uncategorized
11 Nov 2011
Tagged The Human Being 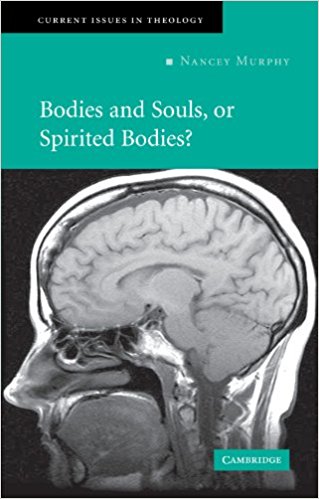 Bodies and souls, or spirited bodies

Reproduced, with permission from The Melbourne Anglican June 2011, p25.

In describing us as spirited bodies, requiring no additional element such as mind, soul or spirit, the author operates from what she calls a non- reductive physicalist position, a view that in no way denies that we are intelligent, moral or spiritual. Further she rejects any idea that our functioning can be reduced to just the biochemical processes within our bodies or, that our thoughts and actions are totally determined by the laws of neurobiology. This is Nancey Murphy’s response to the question, ‘Are humans immortal souls temporarily housed in physical bodies, or are we our bodies?’.

The author believes it necessary to critique traditional views held by Christians, such as dualism (a body and soul or a body and mind) or trichotomism (body, soul and spirit). She finds her students are split between dualism and trichotomism, and that most biologists and neuroscientists are physicalists, whereas Christian philosophers are divided between physicalism and dualism.

Murphy sets out her position in the following words,

…the adoption of a dualist anthropology in the early centuries of the church was largely responsible for changing Christians’ conception of what Christianity is basically all about. I am suggesting that original Christianity is better understood in socio-political terms than in terms of what is currently thought of as religious or metaphysical. The adoption of a dualist anthropology provides something different – different from socio-political and ethical concerns – with which Christians become primarily concerned. This is not, of course, to deny the afterlife. It is rather to emphasise the importance of bodily resurrection. It is important to see how the contrasting accounts of life after death – resurrection versus immortality of the soul – lead to different attitudes towards kingdom work in this life.

Turning to Scripture, Murphy observes ‘it is bodies, not souls that are torn and.stabbed, and souls cannot be thrown into pits’ (p.18). She was surprised not to be able to find a ‘biblical view of human nature’ in the New Testament (p. 22). What she found was,

first that humans are psychophysical unities; second that Christian hope for eternal life is staked on bodily resurrection rather than an immortal soul; and third, humans are to be understood in terms of their relationship…… to the community of believers and especially to God.

If souls are saved out of this world, then nothing matters here ultimately. If it is our bodily selves that are saved and transformed, then bodies and all that go with them matter.

In the Introduction and Chapter 1, the author provides a very readable overview of the issues at the intersection of Christian theology and neuroscience. She then develops and defends her position in Chapters 2-4. Chapter 2 deals with scientific accounts of human nature from physics, evolutionary biology and neuroscience. Chapter 3 explores the question ‘Did my neurons make me do it?’ within a broad context encompassing morality and free will. The final chapter addresses human distinctiveness, divine action and personal identity.

Some conservative critics of Murphy’s point of view think she gives the findings of modern neuroscience too much status but the position she takes seems to fit the Biblical evidence better.

Murphy’s monograph invites us to join in a conversation regarding what we understand about ourselves in particular, and about the nature of the human person in general.

John Pilbrow is Emeritus Professor of Physics, Monash University and a Fellow of ISCAST.