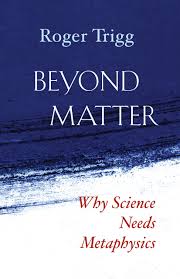 John Pilbrow is Emeritus Professor of Physics, Monash University and is a Life Fellow and a former President of ISCAST. A conversation with Professor Trigg in Oxford back in 2007 regarding some of the themes in this book is acknowledged. A shorter version of this review was published in The Melbourne Anglican, July 2016, p. 20.

It is in the context of the increasingly scientific and technological world we inhabit that New Atheists such as Richard Dawkins bring their claim that science provides the only sure path to knowledge. This viewpoint is referred to as scientism (or scientific materialism), and is a form of naturalism that restricts reality to “what is within reach of the sciences”. Another voice is post-modernism which repudiates any idea of a grand narrative and where “truth is not encountered but constructed with [a] consensus” that may actually be culturally and politically dependent. Neither of these perspectives leaves room for any idea of a universal truth.

To rebut the attacks on reason in science, particularly from scientism and post-modernism, British Philosopher Professor Roger Trigg has written a timely and very readable monograph entitled Beyond Matter: Why Science Needs Metaphysics which is about the relationship between science and reality. While Trigg accepts that science discovers truth about the natural world, he recognises that it “cannot explain everything and certainly not the preconditions of its own existence”. He goes on to identify key metaphysical assumptions (or presuppositions) essential to science, and to defend them.

This is a book I hoped somebody would write someday! The author needed to be a recognised philosopher with a deep interest in modern science and its roots and history. And if that philosopher were also a Christian believer, better still. Roger Trigg fulfils those criteria. His book is not about Christian apologetics per se. Rather it is an important contribution to scientific apologetics directed at a wide audience both inside and outside the scientific community. There is an implied Christian affirmation of the existence of a genuine reality.

Readers may well ask, “What is Metaphysics?” Trigg considers it to be a branch of philosophical reasoning based on first principles and causes. Or to put it into context, he says “philosophy, if it has any function, should merely be in the business of clarification and removal of obfuscation”. The task of Metaphysics is to identify the prior assumptions (Metaphysical Assumptions or Pre-suppositions) that are required to pursue scientific investigations. These Metaphysical Assumptions, while essential to the practice of science, are not derivable from within science, contrary to what people like Richard Dawkins believe. Trigg’s point is that science is not self-authenticating.

The following list, gleaned from Trigg’s book, while not necessarily complete, is consistent with what scientists actually assume either explicitly or implicitly in order to pursue scientific investigations. They are grouped according to my own preference.

·         The universe is rational and ordered, hospitable to human reason and amenable to empirical enquiry.

¨      We have a capacity to understand the physical world by means of experiments and/or through the making of observations. This involves our human rationality and the freedom to exercise it using the normal rules of logic and sound reasoning.

¨      Since the physical world does not have to be the way it is, it is said to be contingent and modern science is said to depend on “contingent order”.

¨      Science explores what is the case and it is carried out in the natural world without reference to “supernatural” agency. Put another way, God is not invoked as an explanation for what is not known in science.

¨      Judgment is required when weighing up different possibilities when developing theories to explain existing phenomena and that also may predict new phenomena.

·         The physical reality science investigates is distinct from us and exists independently of whether we observe it or not.

¨      This is known as Critical Realism, which is the attempt to maximise the correlation between what we know and the underlying reality behind it. There is good reason to believe that scientists are Critical Realists.

¨      A third person stance is adopted to ensure objectivity, ensuring that the experimenter is distinct from what is being investigated.

¨      Since scientific results may be replicated anywhere in the world, the practice of science is said to be universal.

¨      Laws of nature that describe observable patterns are descriptive, not prescriptive.

Popular Philosophies from the past 100 years

A feature of the book is the critique of some of the influential philosophical positions that shaped thinking during the past century, and why they should be rejected today. These include the contribution of the “Vienna Circle” and Karl Popper.

The “Vienna Circle” was a group of philosophers who met in Vienna between the two World Wars that contributed two very influential ideas. The first of these is the principle of ‘verification’, “the idea that not only the truth, but even the meaning of any statement that claimed non-logical truth, depended on our ability to verify it.” It led to the claim that anything science could not explain was to be regarded as nonsense, leaving no role for Metaphysics. That is pretty much what people like Richard Dawkins and other New Atheists believe. Their second main idea, instrumentalism, arose as a response to the ‘measurement problem’ posed by the new Quantum Mechanics in the 1920’s. Instrumentalism made the role of the observer to be paramount such that that truth about the universe is only actualised when an observer makes a measurement! This point of view has been criticised as simply dressing up the old idea that a clock only ticks if it is heard. In the main, these views have little traction today for scientists investigating “the nature of a physical reality that exists independently of human understanding”.

The next major development, introduced just after WWII, is Karl Popper’s principle of falisification. Popper believed that scientific theories could never be said to be proven, but they could be demonstrably falisified by new evidence. Though Popper had attended meetings of the Vienna Circle in the early 1930’s, he later rejected their instrumentalist position. From my own experience, while the principle of falsification is sometimes of value, it’s rather negative connotation takes away from the major task in science to come up with meaningful explanations.

Turning to post-modernism, attempts to apply its ideas to science falter in face of the high degree of agreement amongst scientists about the ‘big picture’ theories such as big bang cosmology and evolutionary biology. Such level of agreement transcends nationality, culture and religious affiliation or none.

Scientism does not fare any better. These days, many people invoke the success of technology as the primary justification for science and couple this with the claim that “Being scientific ….means trusting science as our exclusive guide to reality”. Such a commitment to Scientism is impatient with first principles and denigrates “the free use of human reason at the same time as upholding science as the greatest expression of that reason”. This is logically inconsistent and leaves an awkward philosophical question for both Scientism and post-modernism. “Why practice science at all, if there is a risk that all is illusion or fantasy?”

Trigg argues persuasively that none of the ideas discussed in previous section settle the fundamental question as to whether there is an independent reality or why empirical science could be the only path to human knowledge.

Philosophically, we seem to be faced with a stark choice. Either we must simply accept the “brute fact of contingent regularities and the intrinsic nature of things” or, trace the fact of contingent regularity back to the purpose of a Creator. A good recent example of such a choice concerns the fine-tuning of the universe for life as revealed by modern physics (called the Anthropic Principle). Actually I find it quite surprising that the former Astronomer Royal Martin Rees, though not a believer, suggested fine tuning might turn out to require a theological explanation! Trigg sees the issues as being metaphysical in nature.

The author provides an insightful analysis regarding the emergence of complex systems. In so doing, he joins the chorus of those who argue that each level of complexity leads to new properties that cannot be completely explained in terms of the constituent parts.

For example, physics makes use of mathematics but cannot be simply reduced to mathematics. Biology certainly involves physical and chemical processes yet it cannot be reduced to physics. Trigg appeals to metaphysics to settle the matter, saying “Arguments about the reality of a whole involving more than the sum of its parts must be metaphysical”.

I suggest a couple of other examples to illustrate Trigg’s point. Clearly all living cells have physical and chemical processes going on in them, but the overall properties and behaviour of even a single cell cannot simply be reduced to physics or chemistry. The following example makes the same point. Readers will be familiar with blood tests. The results include levels of cholesterol, triglycerides, proteins and much besides. However, while this information tells us something important about ourselves and our state of health, in no way is it able to describe us or our behaviour as whole persons.

To reinforce his support for empirical science, Trigg appeals to The Singular Universe and the Reality of Time by Philosopher Roberto Unger and Physicist Leo Smolin. Unger and Smolin argue, correctly, that “science is corrupted when it abandons the discipline of empirical validation”. In the light of that, it is not surprising that they object to the idea of multiple universes (or multiverses) in cosmology. They state that “The conjecture of such universes” amounts to a “vain metaphysical fantasy disguised as science.” This last comment makes the point that scientists can easily present metaphysical arguments as if they are scientific ones, without realising that is what they are doing! To extricate ourselves from such a problem, we have to realise that the only universe we can investigate with the empirical methods of science is the one we inhabit, not ones we might speculate about.

In what may seem to be a backflip, Unger and Smolin admit, however, that we may “have good reason to accept the existence of many entities” or new phenomena predicted by theory “that lie beyond the reach of contemporary science”. Gravitational Waves (TMA March 2016) and the Higgs Particle (TMA August 2012) come to mind, both predicted long before their existence could be confirmed.

In conclusion, Trigg states “that without a concept of one reality, science, language and even thought collapses”. He further claims that “Realism cannot be falsified, since the idea of falsification depends on the notions of truth and falisity that assume that the world has an independent existence”. Without a metaphysical framework to support it “empirical science cannot rationally even begin” to understand the universe. The universal claims for science “have to be metaphysical in nature” requiring the “need for a different kind of rational justification than that provided within science”. Trigg remains adamant that the “distinction between science and metaphysics should not be broken down.” On this basis Trigg provides solid justification for the pursuit of science as a legitimate and important human activity.

The essence of the book is encapsulated in the last two sentences. “Science without metaphysics flounders, as if lost in a vast and featureless ocean. It loses all sense of direction and purpose”.

I found Beyond Matter: Why Science Needs Metaphysics to be a most engaging book. I like to think it will be read with profit by practising scientists, post-graduates and even undergraduates in the sciences, as well as by those with some familiarity with the philosophy of science. Even though, as Trigg points out, we were not born to think scientifically, there is also something there for those with little or no scientific background, though I should warn that it is likely to prove a quite demanding read! Though this is not a book for everyone, its take home message that science is not self-authenticating is important for all of us to be aware of.