Vale John Polkinghorne: A tribute to the life and work of a true Christian scholar | ISCAST – Christianity. Science. In conversation.

Vale John Polkinghorne: A tribute to the life and work of a true Christian scholar 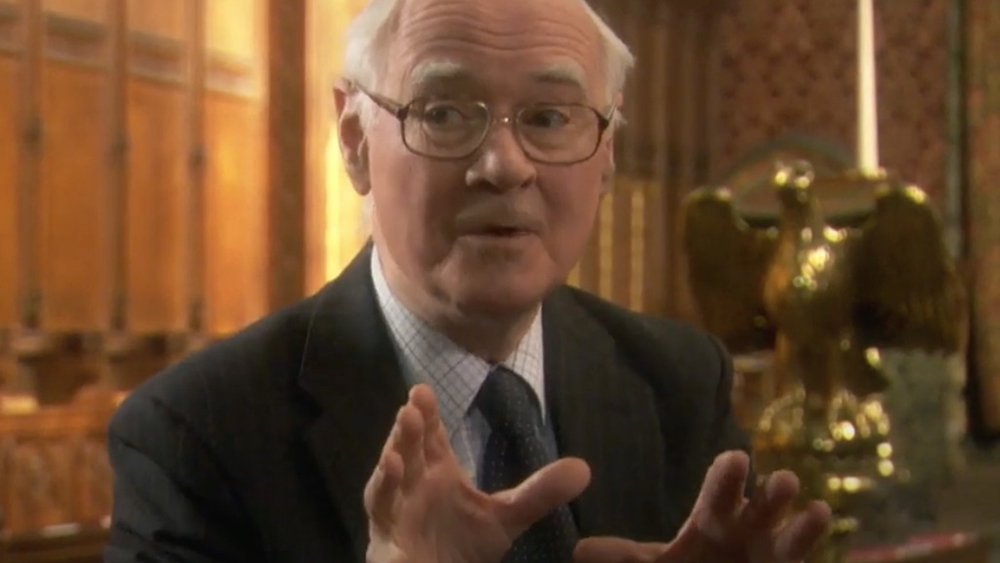 A shorter version of this article was published here at Eternity News. On 10 April 2021, Alister McGrath will join us as we host an online tribute to John Polkinghorne. Details are here.

John Polkinghorne, who has had a major influence at the interface of Christian faith and science, died last week at the age of 90. His has been a fascinating journey. Polkinghorne was both a physicist and an Anglican Priest who did much to reconcile science and religion.

Back in 1979, the international scientific press (particularly Nature and New Scientist) presented what, to some, was the shocking news that a Cambridge Professor of Mathematical Physics was resigning his chair at age 49 to train for Anglican Ordination. They were referring of course to John Polkinghorne. This was greeted with surprise, even incredulity. Why would someone actually do that? I spent many coffee breaks fielding questions and puzzlement from colleagues and graduate students and explaining why it was a perfectly reasonable thing for someone of faith to do. He certainly enjoyed his career in science and didn’t leave science because he was disillusioned. However, he felt he’d done his bit for it after some 25 years. 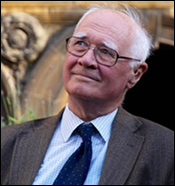 A lifelong Anglican, Polkinghorne studied mathematics at Cambridge where he was top mathematics undergraduate in 1952 (Senior Wrangler) later gaining his PhD in quantum field theory in 1956. After appointments at Caltech in the USA and the University of Edinburgh, he returned to Cambridge, ultimately becoming Professor of Mathematical Physics in 1968. Although elected Fellow of the Royal Society in 1974, by 1979 he felt that he’d done his best research, resigned his chair, and announced he was heading to Anglican ordination.

Ordained in 1982, he served as a curate in South Bristol followed by three years as vicar of Blean (near Canterbury). Back at Cambridge he was firstly chaplain of Trinity Hall then President of Queens’ College from 1989 to 1996.

In 1984 he published the first of his 27 books at the faith-science interface, The Way the World Is (1984). This was during his curacy in Bristol, five years after he had left Cambridge. His aim was twofold: firstly,  to explain to his scientific colleagues the basis of his faith as a scientist, and, secondly, to explain how a thinking person can be a Christian.

He wrote all his books longhand; there was no Microsoft Word in his armoury! In today’s highly personalised computer world, many readers might find that odd, even somewhat eccentric. Nevertheless, JCP was a modern man who contributed much to our understanding of elementary particle physics—not something for the fainthearted! Not to speak of his immense contribution at the faith-science interface.

He was involved in the Research Scientists’ Christian Fellowship (now called Christians in Science) and when I looked up my copy of the 1969 book, The Scientific Enterprise and Christian Faith, (1969), I confirmed that he had attended the 1965 conference which gave rise to the book. Following the establishment of the Faraday Institute for Science & Religion in 2006, he was soon among the frequent speakers. John was also a member of the Society of Ordained Scientists. As well, he was Founding President of the International Society for Science and Religion and also winner of the 2002 Templeton Prize for progress in religion.

John visited Australia many times and, in particular, visited Melbourne in 1993, 1995 and 1998. Much of his time was spent at Monash University where I was.

While the British Council supported an application from ISCAST to fund his 1993 visit as an ISCAST lecturer, it turned out that these funds were not in fact needed as John had already been fully supported from other sources.

Approximately 100 people attended John’s main public lecture in Melbourne, held at the St Vincent’s Hospital Lecture Theatre, jointly sponsored by ISCAST and the Institute for Spiritual Studies (ISS) at St Peter’s Eastern Hill. At Monash, he also presented a lunchtime talk on faith and science, attended by around 150, and a lecture, “Six Problem Areas in Physics,” to students and staff from Monash Physics.

He visited again in 1995 and delivered several public lectures at churches and schools.

On his third and final visit to Monash in 1998, arranged by Anglican Chaplain, the Rev Dr Barry Rogers, a particular highlight was a lunchtime lecture on the nature of reality to an audience of about 200. His visit culminated in a dinner held in his honour at Monash, attended by about 20 people including Archbishop Keith Rayner. Although we had a good discussion about the place of faith-science issues in the training of clergy, those present who were involved in theological education, including the Archbishop, could not see where it would fit in the curriculum!

It was my privilege to chair a good many of his public lectures during his three visits to Melbourne. And in 1993 Susan and I spent a whole Sunday with John and his wife Ruth—a great privilege.

John’s lectures were always lucid, presented in a language a generally well-educated audience could comprehend; this was exemplified in the kinds of questions that his lectures generated. Always gracious, John had a great capacity to turn dumb questions into something significant by engaging with the questioners, by saying something like, “Have you thought of it this way?” or “Perhaps this raises a deeper issue.” Such questioners went away several feet taller! A rare gift.

In April 2007 Susan and I met up again with John following a Faraday Institute weekend workshop for secondary teachers in Cambridge. We were invited to afternoon tea. He had just returned from a European Science and Religion Conference in Heidelberg, had flown into Stanstead Airport that morning, caught a bus to Cambridge, and arrived home in time to put the kettle on and welcome us to his home. Amongst mail awaiting his return was a parcel from the Yale University Press with copies of what was then his latest faith–science book, Quantum Physics and Theology: An Unexpected Kinship, whereupon I was presented with a signed copy!

A few months later I saw John for the last time during the joint ASA-CiS conference in Edinburgh where he gave a lecture along with many of ISCAST’s past conference lecturers: Alister McGrath, John Houghton, Simon Conway Morris, Denis Alexander, Jennifer Wiseman and Nancey Murphy. As I was about to leave, he asked to be specially remembered to Allan Day, with whom he and his late wife Ruth had stayed in 1993.

Theologically, while John held a very orthodox Christian position, he had a capacity to engage with people from across the broad Christian spectrum. Another rare gift. In my opinion his book that expresses that orthodoxy most eloquently is Science & Christian Belief: Theological Reflections of a Bottom-up Thinker based on his 1993–1994 Gifford Lectures. Here John reflects on the Nicene Creed both theologically and scientifically in the light of the best of modern science. As well, he placed much emphasis on the centrality of the resurrection as a strong basis for hope. Aspects of his thought here may be found in Tom Wright’s Surprised by Hope.

John was also able to engage with other faiths without compromising Christian faith. He often reminded us that different faith traditions actually make rather different truth claims. But for him that was a reason to keep dialogue open.

John’s other books are all, of course, excellent in their own way. They are all deliberately relatively short and address one or more specific issues. This makes them readable and accessible resources.

After 1979, John focussed on encouraging and enabling good conversation and dialogue amongst and between scientists and theologians. Establishment of the ISSR was consistent with this and he served as its first President.

John certainly believed in the the unity of knowledge and one reality: the world of our experience that we seek to describe scientifically. Further, he was a critical realist believing that truth, whether scientific or theological, needs to be carefully assessed. This is a big theme and there is not space to deal with it in any detail here.

In the following we get a taste of some of his key insights.

If we are seeking to serve the God of truth then we should really welcome truth from whatever source it comes. We shouldn’t fear the truth. … The doctrine of creation of the kind that the Abrahamic faiths profess is such that it encourages the expectation that there will be a deep order in the world, expressive of the Mind and Purpose of that world’s Creator. It also asserts that the character of this order has been freely chosen by God, since it was not determined beforehand by some kind of pre-existing blueprint … As a consequence, the nature of cosmic order cannot be discovered just by taking thought … but the pattern of the world has to be discerned through the observations and experiments that are necessary in order to determine what form the divine choice has actually taken. (Quantum Physics and Theology: An Unexpected Kinship, 2007).

There are two particular insights that stand out for me.

John’s “free process defence,” which he articulated very skilfully, may well turn out to be one of his more profound contributions. By extending his arguments about human free-will to the whole universe, he was able to understand that the processes in the universe from the big bang until now have a level of genuine openness (Science & Providence: God’s Interaction with the World, 1993, pp. 65–67). In this context he also said, “God didn’t produce a ready-made world. The Creator has done something cleverer than this, making a world able to make itself.” (Quarks, Chaos & Christianity, 1994).

I believe that a full understanding of this remarkable human capacity for scientific discovery ultimately requires the insight that our power in this respect is the gift of the universe’s Creator who, in that ancient and powerful phrase, has made humanity in the image of God (Genesis 1:26–27). (Quantum Physics and Theology: An Unexpected Kinship, 2007)

The relationship between knowing and being

Another of Polkinghorne’s insights was his frequent claim that “epistemology models ontology”. In other words, what we know about the world represents the reality it seeks to describe. He further argues that “anyone who wishes to speak of agency, whether human or divine, will have to adopt a metaphysical point of view” and “metaphysical views are ontologically serious. They seek to describe what is the case.” (Chaos & Cosmology: Scientific Perspectives on Divine Action, 2000, pp. 148­–9).

In this context he also said that it is God’s faithfulness that allows our knowledge (epistemology) to model how the world really is (ontology). What this means is that there are in fact ontological gaps in our knowledge of reality, resulting from indeterminacy at the most basic level of matter: quantum indeterminacy. And he was always careful to remind us that we mustn’t confuse epistemological ignorance (gaps in knowledge that might one day be uncovered) with ontological unknowability—those things which we cannot know in principle.

John Polkinghorne gave heart to those of us who were Christians and scientists in academia and, particularly through his many books, gave us some new tools for talks, conversations and so on.

I count it a great privilege to have known him and I have benefitted enormously from his contributions and insights. He articulated ideas many of us may have reached independently but made them more accessible.

We shall miss a true, gracious and generous Christian. We are all the better for his example and beneficiaries of his many books and insights that will continue to help us explore the interaction between Christian faith and modern science.

John Pilbrow is Emeritus Professor of Physics at Monash University and a former President of ISCAST. Another tribute to John Polkinghorne, by our friends at the Faraday Institute for Science and Religion, can be found here.