Can Science and Faith Be Friends? Chris Mulherin Speaks at Presbyterian Ladies College

On Wednesday 4 May, ISCAST Executive Director Chris Mulherin was invited to speak to year 10s at Presbyterian Ladies College on “Can Science and Faith be Friends?” with Bronwyn Greaves, ex-scientist and ISCAST associate.

Starting with a grand overview of the universe, the presentation began with awe-inspiring images from the NASA Hubble Telescope to visualise the immense scale of God’s creation, as well as its incredible complexity.

Students were then led through a brief history of science which showcased the many Christian figures who contributed to early science, followed by prominent living Christian scientists such as Jennifer Wiseman, Graeme Clark, and Francis Collins.

Using various illustrations and examples, a clear distinction was made between the types of questions science and Christianity can answer.

Ex-scientist and ISCAST Associate Bronwyn Greaves was also invited to share her own journey as a scientist and Christian.

The talk ended with a Q&A session, where students posed their own challenging questions.

ISCAST is committed to building the faith of young people by helping them integrate science and their faith. We offer Christian scientists to speak in schools around Australia, professional learning for teachers, and resources for young people of all ages. If you’d like to book a talk or inquire further, we’d love to hear from you! Get in touch at contact@iscast.org.

We are delighted that science teachers at PLC have begun to teach the difference between “science” and “scientism” in their classrooms, and hope that further embedded teaching will develop in Christian schools. 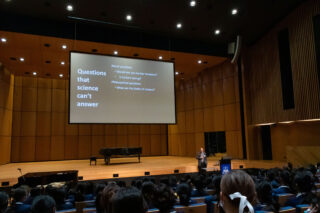 Using various illustrations and examples, a clear distinction was made between the types of questions science and Christianity can answer. 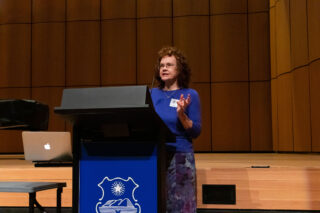 Bronwyn Greaves spoke about her experience of being both a scientist and a Christian.