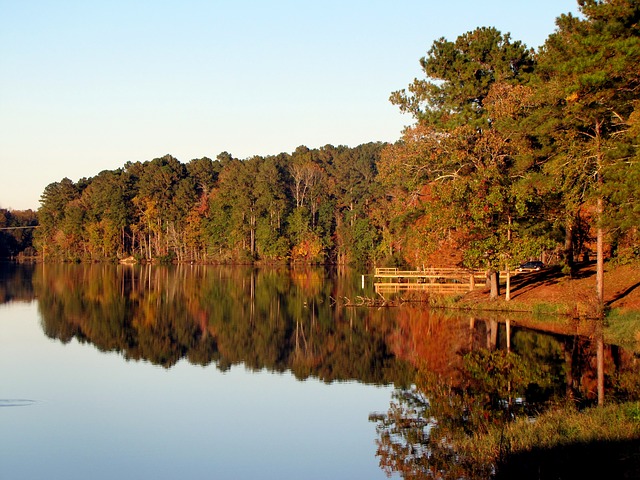 The Rev’d Dr Chris Mulherin is an Ordained Anglican Minister and ISCAST Executive Director. His 2019 book, Science and Christianity: Understanding the Conflict Myth is available from ISCAST here.

This article first appeared in The Melbourne Anglican, December 2013, and is reprinted with permission.

The emperor is in denial

I grew up fascinated with Hans Christian Andersen’s story about an emperor in denial who was duped into wearing no clothes—although I admit it was his nakedness rather than his psychological disabilities that captured my interest. I’m afraid that when it comes to climate change, our new prime minister is dressed in little more than his infamous Speedos.

It is time to name climate change denial as the disorder it is and to deal with the indisputable facts of the matter. According to almost all scientists working in the field, human beings are causing significant planetary warming and the consequences will be dire if the global community does not take more urgent action to reduce emissions.

But according to PM, Tony Abbott, the carbon tax is a ‘toxic tax’ and a ‘wrecking ball through the economy’, while an emissions trading scheme is a ‘so-called market in the non-delivery of an invisible substance to no one’. Siding with the climate change doubters, the coalition’s alternative way forward is its minimalist Direct Action plan, which according to many experts cannot hope to achieve even its very modest goal.

Last month the Public Affairs Commission of the Anglican Church of Australia called for Christians to study the latest scientific report on climate change as a matter of ‘theological urgency as well as political and economic significance’. The Commission spoke of the reality of human- induced climate change and said, ‘in order to avoid drastic and irreversible changes we need to act decisively as a nation, as churches and as individuals’. The Commission describes the current Australian proposed response as inadequate and unreasonable.

In the spirit of the Commission’s call for Christians to take climate change seriously, this article outlines some of the undeniable facts about climate change. While TMA is not the place for lengthy scientific discussion (see below for links to expert opinion) here are various facts and brief responses to a number of common questions about the effect humans are having on the global environment.

The climate has always been changing; that much no one denies. But the current questions relate to the human impact on the planetary condition. There is no doubt that since the industrial revolution human wealth and industry have been nourished on abundant energy supplies and on agriculture and land use changes. Our energy—in the form of electricity and transport fuel—has mostly depended on ‘fossil fuels’, or carbon based products, which emit the gas carbon dioxide when they are burned.

But carbon dioxide is a ‘greenhouse gas’. That is, it acts like a blanket or the glass walls of a greenhouse, which trap the incoming radiation from the sun making it more difficult to escape. The result in a greenhouse and at the earth’s surface is a rise in temperature. In addition, we produce other greenhouse gases such as methane and nitrous oxide in lesser but significant amounts. Energy and transport contribute close to half of human greenhouse gases while agriculture and land use change are responsible for about a third.

There is a natural component of the greenhouse effect, which ensures an average surface temperature of around 15 degrees Celsius; if there were no natural greenhouse effect the temperature would be well below freezing and human existence would not be possible. The cause of concern though, is the ‘enhanced greenhouse effect’—the change in temperature due to human contributions to the greenhouse gas blanket that keeps the planet warm. These human emissions have increased the levels of greenhouse gases in the atmosphere by about 40% in the last couple of centuries and the effect so far is an average surface temperature rise of almost one degree Celsius. A two degree rise is considered by many experts to be the upper limit beyond which the situation becomes critical.

The IPCC and climate change science

In September the global scientific body investigating climate change released its latest report. The Intergovernmental Panel on Climate Change (IPCC) is the United Nations auspiced body of scientific experts commissioned to review current science and to produce updates every five years or so. The publication of the scientific findings of its Fifth Assessment Report (AR5) makes a number of key statements and it chooses its words carefully when speaking of degrees of certainty. In summary, scientists are at least 95% sure that humans are causing the global warming measured so far. The pertinent facts are these:

Warming of the climate system is unequivocal, and since the 1950s, many of the observed changes are unprecedented over decades to millennia. The atmosphere and ocean have warmed, the amounts of snow and ice have diminished, sea level has risen, and the concentrations of greenhouse gases have increased.

Fact 2: It is almost certain that humans are the cause according to the IPCC report:

It is extremely likely that human influence has been the dominant cause of the observed warming since the mid-20th century.

Fact 3: There is some doubt

Yes, like all complex science, climate science does not offer absolute proof. And there’s the rub; what does ‘extremely likely’ mean and how do you respond to such a phrase if you are a policy maker, coal producer or a citizen of a Western culture addicted to carbon based energy? The climate sceptic’s argument is based on an unrealistic expectation of science that is deaf to the fact that there is overwhelming scientific confidence that humans are dangerously changing our planet’s temperature.

The planetary system changes slowly; like a freight train or an ocean liner it has enormous inertia, which makes a change in speed or direction a slow, long-term process. This means that the effects of human activity are seen only on the scale of decades and centuries. The IPCC says:

Climate change confronts humanity with an unprecedented ‘problem of the commons’. The atmosphere is a global common good and not localised. That means that all people share the consequences of what any individual country does to the atmosphere—for good or ill. And the ‘tragedy of the commons’ is that while it is in everyone’s interests in the long term to preserve such common resources, it is in no one’s short-term interests to do so. So mitigating climate change depends on decisions made at the national level that, in the short term, are costly both politically and economically.

Where does Australia stand?

Australia is an energy and agriculture-intense nation; while we contribute less than 2% of the global total, we have almost the highest per capita greenhouse emissions in world.

The government’s aspirational commitment under its Direct Action policy is to a 5% reduction in greenhouse gases by the year 2020 (relative to the level of emissions in 2000). But this goal is considered by many to be both too little and unachievable.

The Climate Change Authority, a statutory authority set up by Parliament last year to advise government, released a draft report a month ago warning that the government’s target is not credible for a number of reasons. One reason is that a 5% reduction now implies much more severe reductions after 2020, so putting off the inevitable deep cuts in emissions. Another reason is that other comparable countries have more ambitious reduction targets and ‘a 5 per cent target would leave Australia lagging behind others, including the United States’. The authority canvasses both 15 and 25 per cent reductions as possibilities in its report. Meanwhile modelling of the government’s Direct Action plan by independent groups such as the Climate Institute and the Australia Institute indicates a shortfall of billions of dollars if it is to reach its goal.

What is Direct Action?

Direct Action involves offering government incentives to organisations and companies to cut emissions. There is a bucket of money (capped at $3.2 billion) and access to the money will be based on competitive tender. It is funded by the government so it involves using tax dollars to pay for emissions reductions. It also involves the possibility of penalties on businesses that exceed their normal emissions levels but offers no further incentive for emissions reductions.

What is a carbon tax?

A carbon pricing mechanism, commonly called a carbon tax, puts ‘a price on carbon’. Emitters are required to buy emissions permits to cover the greenhouse gas emitted. The scheme does not limit the total amount of emissions but the permit price is set by the government so as to make it economically beneficial to reduce emissions rather than pay the price. This pricing mechanism, introduced by the Gillard government last year, was envisaged to be short-lived in Australia in the transition to an emissions trading scheme.

What is an ETS?

An emissions trading scheme involves the government setting an upper limit on total greenhouse emissions and issuing a fixed number of permits to allow companies to emit. These permits become tradeable commodities in the marketplace. Government intervention controls the total number of permits on the market, so controlling total emissions. Two advantages of an ETS are firstly, that the goal of controlling total emissions is ensured because the total number of permits is fixed and, secondly, an ETS can operate on the world market dealing with the global problem that climate change is.

Why should we care?

The reasons to care are various. They range from issues of justice, caring for the environment and for future generations to more specifically theological concerns such as the mandate that humans have been given by God to care for the creation.

John Cook is a Queensland physicist whose website, skepticalscience.com, is described by the Washington Post as the world’s ‘most prominent and detailed site countering climate change scepticism’. The site itself is about science but in an off-topic page Cook reveals what motivates his concerns. It is worth quoting at length:

I care about climate change for two reasons. One reason is my ten- year-old daughter, Gaby. 50 years down the track, surveying the rising sea levels, collapsed ice sheets, disappearing glaciers, increased drought, etc, I imagine her asking, ‘What the hell was your generation thinking? All your climate experts told you what was going on, why didn’t your generation act?!’. I want to be able to look her in the eye and say I did my best to communicate the scientific reality to people.

Cook also makes the point that extreme weather events such as droughts and floods already claim the lives of thousands of people regularly and, he says, ‘the irony is the countries hit hardest are those least equipped to adapt’. The second reason for caring about climate change is his faith:

I find myself strongly challenged by passages in the Bible like Amos 5 and Matthew 25. I believe in a God who has a heart for the poor and expects Christians to feel the same way. And as I read the peer- reviewed science, I see more and more evidence that the poorest, most vulnerable countries will be (and currently are) those hardest hit by global warming. Drought will devastate low-latitude countries. Rising sea levels will create havoc on low lying countries like Bangladesh.

It is time to challenge climate denial and act in accordance with expert opinion—not because we have absolute proof but because, like Christian faith, we act on what we believe the truth to be and we take responsibility for our action or inaction.

How can I find out more?

You might read the IPCC’s summary of the latest scientific assessment, which can be found here: http://www.skepticalscience.com

The report by the Public Affairs Commission of the Anglican Church of Australia is here: http://www.melbourneanglican.org.au/NewsAndViews/Documents/Public- Affairs-Commission-on-IPCC-report.pdf

John Cook’s site is at www.skepticalscience.com.