Consciousness and the Limitations of Science | ISCAST – Christianity. Science. In conversation.

Consciousness and the Limitations of Science

Opinion
13 Sep 2021
Tagged The Human Being, What is Science? 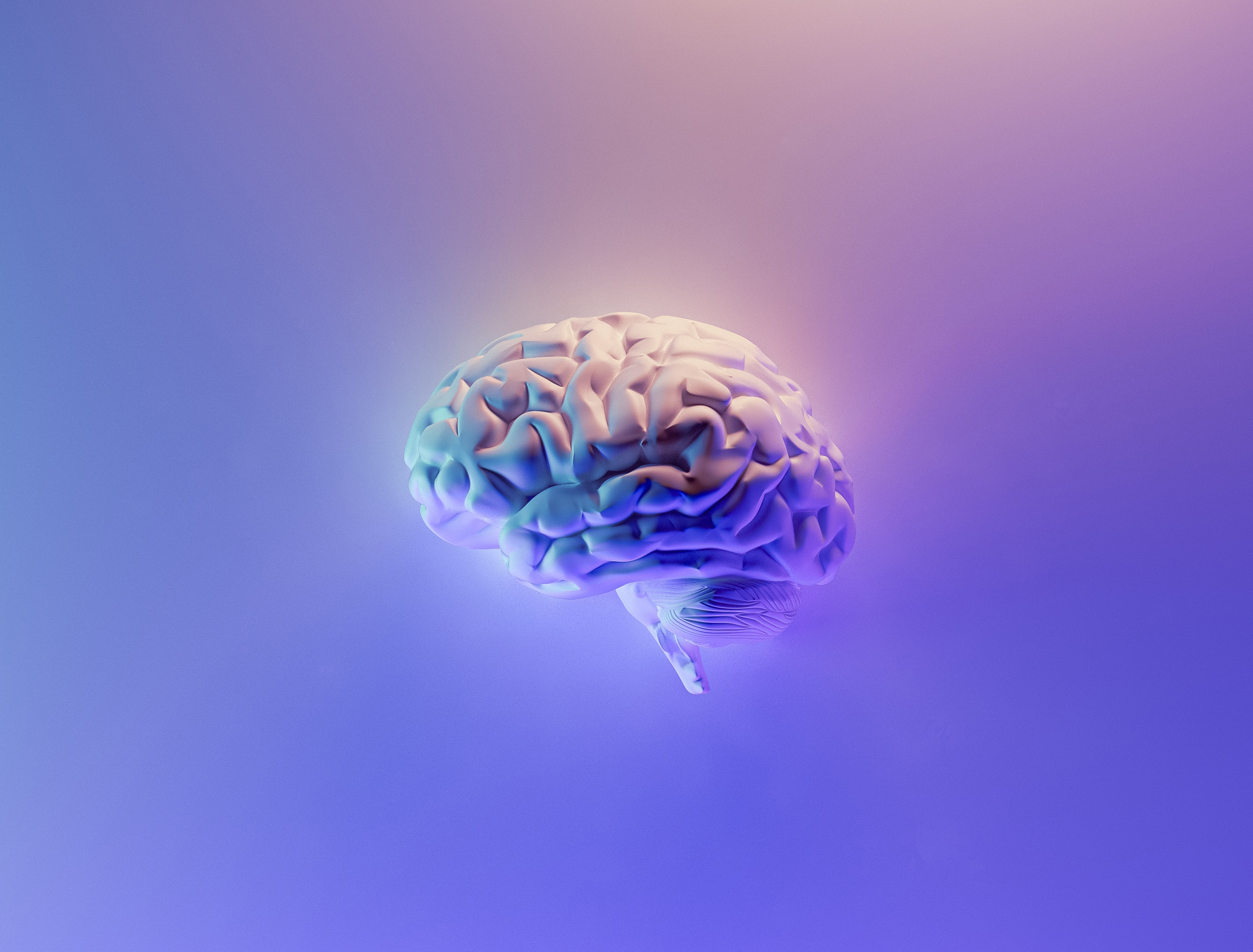 On one hand, you’d have to say there are no limitations whatsoever on science—there’ll be no end, presumably, to the situations, phenomena, problems that the amazing scientific method can be brought to bear on—no end to the practical models, techniques, technologies that flow from the application of this method. Science will continue to be the human problem-solving tool par excellence into the unforeseeable future; of this there can be little doubt.

On the other hand, science does have one very real and absolute limitation: it will never be able to explain consciousness. How can I be so confident of this, seeing that I’m making a prediction far into the future—“never-ever”? Let me explain.

Firstly, note that I’m talking about science explaining consciousness—that is, telling us exactly what it is, and how it comes about. I’m not talking about science—neuroscience, cognitive science, neuropsychology, psychology and so on—developing useful practical techniques for influencing or for mimicking (i.e., in AI) consciousness—that is, for influencing or mimicking how people think, feel, experience the world and themselves. I have no doubt research in these areas will continue to be very fruitful. But “explanation” and “useful practical techniques for influencing or mimicking,” are two very different things.

I’m really responding to the 10 July 2021 New Scientist Special Issue, “Consciousness”—if you haven’t read it yet, I recommend you do. Yes, as the front cover says, consciousness is “the greatest mystery in the universe”. Which is an odd thing to say, from one point of view, because consciousness is actually the thing we know better than anything else in the world – because we are, ourselves, you and me, consciousnesses! Of course what the statement means is that consciousness is a mystery to science.

A mystery indeed. How exactly does science attempt to explain consciousness (an attempt I think is futile)? Simple: by demonstrating how it is an effect of brain function. Here are three quotes from the Consciousness Special Issue to verify this:

How a physical brain creates the feeling of being is one of life’s great mysteries—but one we are starting to crack. (34)

If physical processes in a brain create consciousness, what are they? (37, picture caption)

Somewhere, somehow inscribed in the brain is what makes you, you—your consciousness. But how do our brains turn mere electrical impulses into the vast range of perceptions, thoughts and emotions we feel from moment to moment?” (inside back cover advertisement)

There is a clear, and I have to say a priori, assumption here: that consciousness is an effect of which physical brain processes are the cause. That, to expand on it, whatever consciousness is, it can only be the physical effect—subjectively experienced by ourselves, of course, as feelings, thoughts, etc.—of physical brain function.

In this context I usually think of the dramatic statement by Francis Crick:

You, your joys and your sorrows, your memories and your ambitions, your sense of identity and free will are in fact no more than the behaviour of a vast assembly of nerve cells and their associated molecules. (Crick 1995, 3)

The assumed explanatory priority of physical processes in the brain is almost casually presented in such texts, as if self-evidently obvious—as if the reduction of our joys, sorrows, memories, etc. to purely physical processes was of no particular import! And they are representative of the wider consensus. It’s true that some philosophers of science still bravely argue the point, but for every David Chalmers (see pages 34, 41 and 43 of the Special Issue) there’s a Daniel Dennett (pages 37, 40 and 42), and the now more or less taken for granted explanatory priority of science over philosophy (and everything else) effectively drowns out any dissenting voice.

I say “a priori” (in reference to the assumption in question), simply because no evidence is ever, or ever could be, put forward for it— I mean “scientific” evidence. Science only deals in physical processes—physical instrumentation, physical observations, physical measurements—so of course science assumes that consciousness is the effect of which physical brain processes are the cause—it can do no else! The assumption, from a logical point of view, is, therefore, completely circular. So, while it is perfectly acceptable and, indeed, fruitful as a rationale for research into consciousness, as an explanation of consciousness it is empty of content, unfalsifiable.

“Completely circular,” “empty of content,” “unfalsifiable” – well, nearly! You will know that much scientific research and practice in the field of brain function and consciousness relies heavily on a very “unscientific” type of evidence, alongside the normal “scientific” sort, namely reports by human subjects of their “subjective” experience of their own “brain states.” So that, for example, we are commonly asked by doctors or nurses to rate the pain we are experiencing on a scale of 1 to 10. “How long is a piece of string?,” you feel like saying, but somehow you give a number, and, yes, it does feel pretty objective. And so on—some areas of science are almost entirely dependent on such “subjective”—you might say “unphysical”—evidence—psychology, for example.

Of course, yes, I know it is assumed that somewhere along the line there will always be an objective link between subjective reports of brain states and the actual physical brain states themselves—oh, but there’s that pesky assumption again—still a priori, still on the basis of no possible decisive evidence either way!

The problem is that we’re falling over ourselves to believe that consciousness is the subjectively experienced, physical effect of a physical cause—that, ultimately, consciousness is not “real,” that it’s a subjective experience we have (as Francis Crick would say) that is nice and good, and may even give us some real evolutionary advantage (see Section 7 on page 40 of the Special Issue); but that it is, in the end, only an impression we have. Why? There’s a whole cluster of profound reasons, I think, but one is that we have our hearts set on science not “merely” providing a whole lot of useful techniques for doing things to and with consciousness, we want science to explain it as well.

Well, it’s a wild goose chase. In fact there’s nothing to stop you making precisely the reverse assumption, namely that consciousness is the cause and physical brain activity the effect. So that all those lovely “brain waves” we detect in an electroencephalogram (EEG) are the effect of consciousness “lighting up” the physical brain; and eventually, unfortunately, “the lights go out,” as we (consciousnesses) “depart this mortal coil.”

My point is that there’s no possible, decisive, “scientific” evidence either way, so we are free to go ahead and make this reverse assumption—that consciousness, basically, is a cause in itself (Latin: causa sui)—without invalidating or even necessarily affecting any of those scientific research paradigms we mentioned earlier that are underway. But what about “subjective,” “unscientific,” “unphysical” evidence—is there something there that we could consider decisive? After all, if the question we’re looking for decisive evidence in relation to is whether physical brain function is the cause, or unphysical consciousness the cause, we should just as well be looking for unphysical evidence as for physical.

I think there manifestly is decisive “unphysical” evidence. Is there not something completely objective and decisive about our “subjective” experience of being a “self,” an “I,” an active, causal agent in the world? This experience, correct me if I’m wrong, is universal—we surely all at least seem (to ourselves, and to each other) to be causal agents. Sure, we become aware, often only with hindsight, that some or even many of our decisions and actions are at least partially determined by external, environmental conditions – usually seen as some combination of “nature” and “nurture”—but the suggestion that our decisions and actions are always, completely determined by external conditions, is surely just that same pesky assumption rearing its ugly head again!

Our objective, universal experience of being a “self”—an “active causal agent in the world”—is, I believe, decisive in favour of consciousness being just that—a cause in itself. This is basically the content of Descartes’ famous Cogito—“I think therefore I am.” I should say “infamous,” because Descartes’ mind-body dualism is so “on-the-nose” everywhere at the moment. But this infamy is really only in the last hundred years or so, a time during which that interesting scientific assumption we have been discussing in this essay has reigned supreme. It shows you what confusion this has caused in people’s minds, so that the Wikipedia article on the Cogito tells us this curious piece of information:

One common critique of the dictum is that it presupposes that there is an “I” which must be doing the thinking. According to this line of criticism, the most that Descartes was entitled to say was that “thinking is occurring”, not that “I am thinking”. (https://en.wikipedia.org/wiki/Cogito,_ergo_sum, accessed 27/7/21)

I rest my case (although maybe I’m not entitled to, since I may not exist).

What would it mean to see consciousness as cause and physical brain function as effect? Well, in the first place, we wouldn’t have to be totalitarian about it, like we are the other way round. Clearly there is a feedback loop going on between consciousness and brain function, so that consciousness isn’t always just cause and brain function isn’t always just effect. Sometimes consciousness initiates an action—“lift my left arm,” it says—then the brain goes into action and sends out emissaries to carry out its command. Other times incoming sense impressions mediated by the brain prevail on consciousness to alter its course of action, or feel a certain way. Consciousness doesn’t have it all its own way, in other words, but nevertheless it is capable—this is what our reverse assumption amounts to—of exercising self-causality, of being an active agent in its own destiny.

This is the primary quality of consciousness, in fact—real, objective agency. I’m not trying score a grand philosophical point here—Cogito 2.0, perhaps?—rather I’m trying to bring to light something I think is obvious and straight forward. I think we know that we (consciousnesses) are active agents, but that often we seem to be pretty passive and just “let life happen to us,” rather than “make it happen.” This is the real challenge of conscious life—to take responsibility, to take control, to be intentional, to create a great life for ourselves. It doesn’t always work, of course—“the best laid schemes o’ mice an’ men gang aft agley …”—but that doesn’t stop us from trying.

Yes, making the reverse assumption (that consciousness is cause, not just effect) mightn’t derail any scientific research programs, but it is nevertheless a radical shift. It might almost be the next Copernican revolution, except that the notion that consciousness is a reality in itself—an unphysical, self-cause or agency—is as old as the hills. There are many names for it—soul, spirit, self, psyche, mind, etc.—and it is only very recently—perhaps since the early 20th century—that it has occurred to anyone that it doesn’t exist—that it is a mere subjective effect of physical brain processes. Of course, “I” exist, most people would still say! The questions of consciousness—how to live, how to be, how to exist—continue to be the central concern of religion, art, philosophy, and life the world over. Science, however, will never have anything to say by way of explaining consciousness—but don’t worry, it will continue to be worth its weight in gold in providing all sorts of practical techniques for helping us manage our consciousnesses. Limits, but no limits!

Crick, Francis. The Astonishing Hypothesis: The Scientific Search for the Soul. Scribner, 1995.

Fergus McGinley is an Adelaide writer, teacher, lay preacher, with a background in theoretical physics, philosophy of science and education. You might have seen his colourful COSAC 2018 presentation "Welcome to the Zombie Apocalypse," as well as other opinion pieces on this website.