A theology student among scientists: A personal review of COSAC 2018 | ISCAST – Christianity. Science. In conversation

A theology student among scientists: A personal review of COSAC 2018 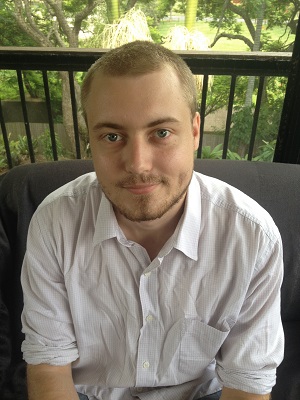 “ISCAST’s recent Conference on Science and Christianity 2018 was the most intellectually stimulating three days of my life.”

A theology student among scientists: A personal review of COSAC 2018

Lucas Sharley reflects on his experience of COSAC 2018, especially commenting on the importance of theological depth needed in the conversation about science and Christian faith. Lucas is a grad student at Queensland Theological College in Brisbane where he is working to compare the sexual anthropologies of Thomas Aquinas and Martin Luther.

ISCAST’s recent Conference on Science and Christianity 2018 was the most intellectually stimulating three days of my life. Useful scholarship and theological insights will always be the result of steady discipline; a long process over extended time. But the seeds of scholarship and insight are planted and nourished by experiences like COSAC, where strange new ideas begin the long process of becoming familiar and useful.

The principal strength of the conference was its confident diversity. In one ninety-minute block I heard about how the Second Law of thermodynamics causes a certain level of convergence in evolution, about a clever mathematical model for predicting someone’s capacity to forgive, and about the propriety of prisoners’ dilemmas for Christian ethics. In the duplex that science and Christianity share, there are many rooms; and all of them are intriguing.

The greatest challenge I received at COSAC was from David Cohen (a geochemist) in a Q&A, when he mentioned that he thought the literal six-day theory was dead in the water. In a large room full of Christian scientists, there was not a murmur of disagreement. I have always been agnostic on this issue. But COSAC has shown me that six-day agnosticism is no longer an option for church leaders or theologians.

Your view of the events between creation and the first rational life on Earth has a significant effect on how you read Scripture, and how you relate to the conclusions of observational science. The topic is not distant or abstract for many Christians. It presses in on their life and faith at school, at work, at university, in family conversations. COSAC has started me down the long path of studying Genesis afresh, reading the best and latest commentary, and familiarising myself with recent evolutionary theory. The Spirit has used this conference to shake me out of self-centred complacency.

As a student of late medieval history, the confluence of science and theology at COSAC reminded me a little of how medieval authors hopped freely between natural philosophy (the distant ancestor of our science), philosophy, metaphysics, and theology. Each discipline blurred into and influenced the others. This was enabled by the medieval university system which ensured that every theologian had some grounding in philosophy, both natural and otherwise.

The similarities with the medieval schools made the differences more painful. Where were the churchmen? Pastors and preachers were thin on the ground at COSAC. For example, very few of my Queensland Presbyterian brothers and sisters made it to the conference; and no Presbyterian ministers, as far as I could tell. An opportunity to engage with new thought and grow as preachers – missed. Most of the papers were moving from the intricate joys of science to the light science throws on Christianity. Very few moved in the other direction, sharpening science with the whetstone of theology; and I would lay this at the door of the teachers and preachers of the church in Australia. Modern theologians need a wide horizon.

Modern Christian scientists do as well. Many papers at COSAC went like this:

2.       Area of Christian thought affected by this result

3.       Specific ideas that need to be clarified or revisited

Step 3 was not always present. And when presenters were pushed towards step 4, arguing for or against specific theological ideas, they often demurred. The reason, sometimes implicit and sometimes stated, was that they were not theologically trained, and should not take a stance.

A mature Christian does not throw pumpkin seeds across the back fence, and then claim the rampant pumpkin patch is none of their concern because it is off their property. The natural sciences are not theology. But their results can be illuminating for theology. A theology that has a firm grip on science will cut away false interpretations more swiftly and with greater clarity. But if the results of science are to be injected into the reading of Scripture – as on certain topics they must be – then scientists who want to do the injecting will need some skill in theology, philosophy, and metaphysics.

At the point where disciplines meet, they are all relevant. A responsible Christian who wants to shape a point of theology must operate in a wider sphere than one science. This reshaping is often necessary; all creeds and councils may err, after all. But Christian scientists must accept their theological role and agency. As a theology student, I want to share my playground with everyone I possibly can. But Christian theology is a long-running game in which many rules and strategies have been tried and abandoned. We need scientists on the field; in our better moments we want them there.

But we expect an awareness of the historical and intellectual scope within which theology is played. Theologians can be stubborn, sceptical, close-minded, suspicious, and infuriating. But on certain points we have good motives for behaving as we do. In theology, many methods and ideas have been tried before and proved an impediment to knowing and enjoying God. It would be unconscionable to shout a scientist down with jeers of “you’re positing a category logically prior to God, sit down.” Far better for theologians to actively explain these problems to interested scientists; and far better for scientists to seek out theological reflection on the implications of science.

Even if we choose to be sceptical about the results and confidence of modern science, we still live in a moment when more is known about the laws of nature than ever before. And the practical effects of this knowledge (cheap printing, postal services, databases, email, web searches) make knowledge cheaper to store and send than ever before. The teachers of the church can’t pretend science is all too complicated and far away to understand. It is right here in the lives of Christians, and lots of people are willing to explain it.

But as one of my favourite shows once said (Babylon 5), understanding is a three-edged sword: your side, their side, and the truth. Even a poorly paid Western scientist has access to a free library of critical editions of major theological works. Every medieval theologian would have cut off a hand to get what is waiting for you on the other side of Google. The practical questions of how to find useful stuff to read, useful people to talk to, are easier than they have ever been for God’s people. All that does is take the problem of listening to each other. And stick it right in front of our face, up close.

That will only happen if we’re humble. Sometimes humility looks like washing the dishes; sometimes it looks like reading until you get confused and asking for help.

I’m @LWSatQTC on Twitter. Feel free to ask me for help with Thomas Aquinas or with theological anthropology. Or maybe I’ll do the asking: I read this thing and I don’t get it. Can you help me?

Reviews
“Can a Scientist Believe in Miracles? An MIT Professor Answers Questions on God and Science” by Ian Hutchinson
Reviews
“The Nature of Things: Rediscovering the Spiritual in God’s Creation”
Reviews
“Blind Evolution? The Nature of Humanity and the Origin of Life” by David Frost
Reviews
“Why We Disagree About Climate Change: Understanding Controversy, Inaction and Opportunity” by Mike Hulme
Reviews
“Death Before the Fall: Biblical Literalism and the Problem of Animal Suffering” by Ronald E. Osborn
Reviews
“Ethical Basics for the Caring Professions: Knowledge and Skills for Thoughtful Practice” by Graeme McLean
Reviews
“Science, Religion, and the Protestant Tradition: Retracing the Origins of Conflict” by James Ungureanu
Reviews
“Galileo Goes to Jail: And Other Myths about Science and Religion” by Ronald L. Numbers (ed.)
Reviews
“Transhumanism and the Image of God” by Jacob Shatzer
Opinion, Reviews
Alan Gijsbers responds to Peter Stork’s “Wisdom as Interdisciplinary Space for Science and Theology”
Reviews
“Thinking through Creation: Genesis 1 and 2 as Tools of Cultural Critique” by Christopher Watkin
Reviews
Review of “Unsettled: What Climate Science Tells Us, What It Doesn’t, and Why It Matters” by Steven E. Koonin
Reviews
Review of “Climate Change: The Facts 2020” by Jennifer Marohasy
Reviews
Review of “The Bible & Ancient Science: Principles of Interpretation” by Denis O. Lamoureux
Past Issues, Reviews
Review of “The Faraday Papers”
Reviews
Review of “The Lost World of the Flood: Mythology, Theology and the Deluge Debate” by Longman and Walton