Book Review—Vulnerability and care: Christian reflections on the philosophy of medicine | ISCAST – Christianity. Science. In conversation.

Book Review—Vulnerability and care: Christian reflections on the philosophy of medicine 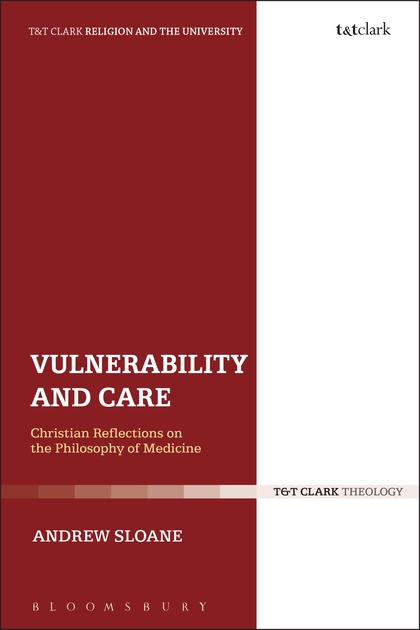 Review of Vulnerability and Care: Christian Reflections on the Philosophy of Medicine by Andrew Sloane
Denise Cooper-Clarke, September 2017.
Download PDF

Review of Vulnerability and Care: Christian Reflections on the Philosophy of Medicine by Andrew Sloane 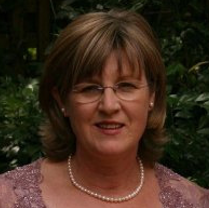 As I wrote in reviewing The Anticipatory Corpse, by US physician, philosopher, Health Care ethicist and Orthodox Christian Jeffrey Bishop, it is seldom that one finds a book that seriously challenges the conventional understanding of the nature of medicine, but I have read two such books in the last year. Bishop’s book was one, and philosopher and theologian Andrew Sloane’s Vulnerability and Care the other. It has been described as ‘radical’, ‘provocative’, and ‘ground-breaking’.

It is important that both authors are, or have been, practising clinicians, as they mount their radical critiques of Modern Medicine. It is not a critique, as so much critique of medicine is, from ‘outside’, but from within.

The discipline of bioethics is predominantly a critique of medicine from ‘outside’. Bioethics is a modern discipline which began in the 1960’s. There was a profound discontinuity between this new discipline and what had gone before, following the general upheaval in moral values in the U.S. together with the emergence of new technologies which raised new questions, and a new era of scrutiny of medical practice, with some suspicion of doctors, following revelations of many ethically questionable research programs. It was now felt that doctors couldn’t be trusted entirely to practice their profession ethically, but required input from others.

Bioethics involves people from a wide range of disciplines including philosophy, law medicine and other health professions, and patients themselves, thinking about how doctors ought to behave. But it tends to be dominated by philosophers and lawyers. The most famous and ‘standard’ bioethics text Principles of Biomedical Ethics is that of James Childress, a theologian and philosopher, and Tom Beauchamp, a philosopher, neither of whom had a medical background. On the other hand, very few medical practitioners have any training in philosophy (or law), and their training in ethics is fairly basic (older doctors would have had minimal or no ethics component in their undergraduate course). Many bioethicists now think that doctors have little or no contribution to make to the bioethics discourse apart from their strictly scientific expertise. This represents a radical departure from the traditional notion of a professional ethic, ie that particular professions have codes of conduct peculiar to themselves, and that doctors have particular obligations to their patients as doctors.

Traditional medical ethics is an ancient discipline that began with Hippocrates, which involves doctors, those who actually practice medicine, reflecting on the morality of their own attitudes and behavior. The most famous example of this is the so called Oath of Hippocrates.

The contemporary relevance of the Oath is startling, given the huge gulf between ancient medicine and contemporary medicine in terms of science and techniques. Confidentiality, a commitment primarily to patient welfare, and proscription of sexual exploitation of patients are examples of this. The Hippocratic tradition included an understanding of medicine as a moral practice with its own distinctive goals. Goals which then determine how doctors ought to behave (and which virtues they needed to cultivate) in order to achieve those goals. This teleological understanding of medicine was neglected after the Enlightenment when new ethical theories arose, but recently has been rediscovered, particularly in the work of Alasdair MacIntyre and Stanley Hauerwas.

The Hippocratic work, The Art defines the goals of medicine as “to do away with the sufferings of the sick, to lessen the violence of their diseases, and to refuse to treat those who are overmastered by their diseases, realising that in such cases medicine is powerless”. The traditional goals of medicine are generally construed as the promotion of health, and healing, which includes saving life, restoring health, and enabling patients to cope with disability and death when cure is not possible.

The Hastings Center Goals of Medicine Project was commenced, as a result of the perceived need to re-examine the traditional goals of medicine in light of the enormous changes in medicine in the Modern era. After seven years of international collaboration, the Project specified four goals of medicine: 1) the prevention of disease and injury and the promotion and maintenance of health; 2) the relief of pain and suffering caused by maladies; 3) the care and cure of those with a malady, and the care of those who cannot be cured; and 4) the avoidance of premature death and the pursuit of a peaceful death (Allert et al (1996) Specifying the Goals of Medicine The Hastings Center Report, 26 (6), S.9-S14).

Not everyone would agree with these goals. Some claim that health is no longer a primary goal of medicine, because ‘health’ cannot be defined objectively, it is a matter for individual patients to decide what treatment helps them to pursue their own goals, and what is good for them.

Though from a very different philosophical perspective to these contemporary bioethicists, Sloane also claims that medicine is not primarily about health, healing or the alleviation of suffering (7).

Sloane begins with two stories related to the 2014 Ebola outbreak, which, he says raise important questions about the nature and goals of medicine. In particular, the implications of the increasing commodification of medicine and emphasis on patient choice, so that the patient becomes a ‘consumer’, and the doctor a vendor, or service provider.

I particularly enjoyed the third chapter, “Why Bioethics needs a Philosophy (and Theology) of Medicine”. Sloane explores the philosophical assumptions (seldom made explicit) underlying different views on euthanasia, and organ transplantation. For example, on the question of whether there is a morally significant distinction between killing and “letting die”, although there is no single view or even consensus among bioethicists, there is a notable disparity between the dominant (utilitarian) bioethical opinion, and the attitude of the medical profession. Many influential bioethicists are convinced that there is no morally significant difference, yet almost all medical associations distinguish between killing and ‘letting die’. They hold that the former may be morally permissible, even morally required under certain circumstances, while maintaining their opposition to the latter.

Is it simply a matter of doctors being philosophically naïve and uneducated in logic? Or, as Sloane suggests, are such debates intractable because of fundamentally different “underlying views of humanity, community and medicine that inform them” (41).

The fourth chapter, “Perspectives on Philosophy in Medicine”, will be heavy going for non-philosophers, but challenges accepted notions of “health”, “illness” and “disease” and highlights how far from “value –neutral” these terms are. The next chapter, “Perspectives on Theology in Medicine”, is, as Sloane acknowledges, similarly eclectic, exploring Christian critiques of current medical culture, and “one of the few attempts to develop a clear and comprehensive account of the nature and purposes of medicine in light of the Christian tradition” (75)- that of Catholics Edmund Pellegrino and David Thomasma.

Chapter 6 discusses the “theology of health” of Neil Messer, and in Chapter 7 Sloane develops his own philosophical-theological framework for medicine, including a defence of the idea that we “can and ought to allow our Christian commitment to inform our understanding of particular disciplines and their ways of construing the world” (113). In a commentary on Mark 5: 25-34, Sloane points out that “medicine, even modern medicine with all its technical efficacy, can at times be an instrument of alienation rather than restoration… and leave them worse off than they were before- even f they are ‘physically better’”.  Jesus in this story reminds us of “the importance of care and of human dignity” (138).

In chapter 8, we finally come to the questions at the heart of Sloane’s project: “What is medicine?” and “What is it for?” His answer is that what medicine is primarily about is not so much health care but health care. That it is first and foremost an inherently moral practice (rather than a science) which recognises our human solidarity in weakness, frailty and finitude.

In the final chapter, Sloane explores the implications of this understanding of medicine for the issues of organ transplantation and allocation of health care resources, and the nature of medical education.
Whether the reader is ultimately convinced by Sloane’s unconventional thesis or not, this book is thought provoking. It attempts to integrate, as few have done, philosophical, theological and medical perspectives, and presents a major challenge to both secular and Christian understandings of medicine.

Denise Cooper-Clarke has special interests in professional ethics, sexual ethics and the ethics of virtue. She teaches medical ethics at the University of Melbourne and is the Zadok bioethics editor. This review first appeared in Crucible in 2016.

Reviews
“The Matter of Everything: Twelve Experiments that Changed our World” by Suzie Sheehy
Reviews
“Absolute Proof” by Peter James
Reviews
“From Extraterrestrials to Animal Minds: Six Myths of Evolution” by Simon Conway Morris
Reviews
“Can a Scientist Believe in Miracles? An MIT Professor Answers Questions on God and Science” by Ian Hutchinson
Reviews
“The Nature of Things: Rediscovering the Spiritual in God’s Creation” by Graham Buxton and Norman Habel (eds)
Reviews
“Blind Evolution? The Nature of Humanity and the Origin of Life” by David Frost
Reviews
“Why We Disagree About Climate Change: Understanding Controversy, Inaction and Opportunity” by Mike Hulme
Reviews
“Death Before the Fall: Biblical Literalism and the Problem of Animal Suffering” by Ronald E. Osborn
Reviews
“Ethical Basics for the Caring Professions: Knowledge and Skills for Thoughtful Practice” by Graeme McLean
Reviews
“Science, Religion, and the Protestant Tradition: Retracing the Origins of Conflict” by James Ungureanu
Reviews
“Galileo Goes to Jail: And Other Myths about Science and Religion” by Ronald L. Numbers (ed.)
Reviews
“Transhumanism and the Image of God” by Jacob Shatzer
Opinion, Reviews
Alan Gijsbers responds to Peter Stork’s “Wisdom as Interdisciplinary Space for Science and Theology”
Reviews
“Thinking through Creation: Genesis 1 and 2 as Tools of Cultural Critique” by Christopher Watkin
Reviews
Review of “Unsettled: What Climate Science Tells Us, What It Doesn’t, and Why It Matters” by Steven E. Koonin
Reviews
Review of “Climate Change: The Facts 2020” by Jennifer Marohasy