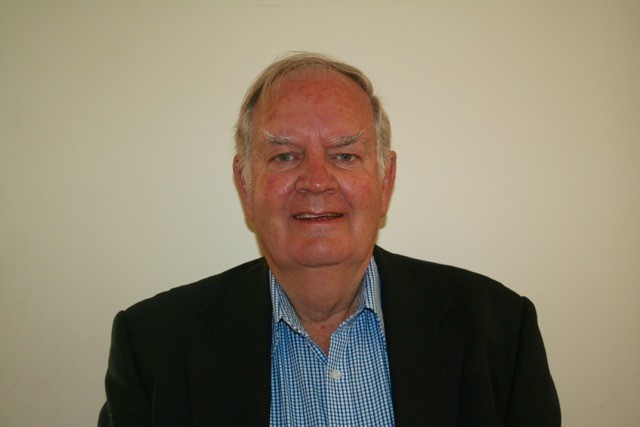 Michael retired from University of Technology Sydney (UTS) in 2004, where he was Professor and Director of the National Centre for Groundwater Management (NCGM),1992-2004.

In July 2007, NCGM celebrated 20 years of operation in Teaching (170 postgraduate graduations, Grad Dips, Masters, PhDs), Research and Consultancy at UTS and UNSW. Michael had been Centre Director at both Universities from inception.

During his career, Michael received 14 academic and professional awards and was the World President of the International Association of Hydrogeologists (IAH), 1996-2000.The Association has close to 4000 members distributed worldwide.  During his presidency he facilitated the incorporation of the Association as a Charity under UK Law and substantially improved its governance and financial sustainability. The Association is strong and continues to grow with time. Post-retirement, in 2005, he was made a Life Member of IAH and in 2010 he was presented with the Woolley Award by IAH NSW for a lifetime of achievement in Hydrogeology.

He has published 120 articles and a number books, 32 other works and 188 consultancy reports for Industry and Government during his career that involved 3 years working for the Government in Papua New Guinea, 18 years at UNSW and 12 years at UTS. His career included extensive aid related, research and consultancy in developing countries especially in Thailand and Laos.

From 1974, he pioneered the development of Hydrogeology Post Graduate education in Australia at UTS and UNSW that lead to his appointment as the country’s first Professor of Hydrogeology at UTS in 1995.

In 2017 Michael was named a Paul Harris Fellow by Rotary International in appreciation of tangible and significant assistance given for the furtherance of better understanding and friendly relations among peoples of the world. This recognition was in relation to Michael’s technical development and management of a project to successfully install a groundwater supply for a high school and villages in Uganda completed in 2016.

Michael is married with 4 children and 15 grandchildren

I became a Christian during my early years in the 1960s at the University of Melbourne. Growth and encouragement came through involvement with the Evangelical Union and much support, intellectually and pastorally was provided by the ministries of Drs Leon Morris, John Thompson and John Upton. They also helped begin my thinking about science and the Christian faith. This also found expression through the Research Science Christian Fellowship including helping run Science /Faith Camps for HSC students

Over my life to date, my wife and I have strongly believed in participating regularly in church communities, most of which have been Anglican. These also provided opportunities for ongoing spiritual growth and service through leadership such as parish council membership (28 years), and other roles from time to time to the present day. Other avenues of Christian service since retirement have included membership of Gideons International that has involved distributing Bibles to high school and university students as well as motels and hospitals.

My working career has involved applying geology in the service of people in the fields of environmental and engineering geology and water resources through the science of hydrogeology. These have been in the context of universities and involved teaching, research and consultancy both in Australia and in developing countries.

For the past 23 years I have had an active research interest in how ancient people understood and used groundwater. This research is currently being written up in a book “Groundwater in Antiquity: Conceptual understanding and practical use from the beginning, to the 16th century A.D. Relevance for today”. In parallel, I am researching the development of spiritual understanding in hominins of various species over the last 1-2 million years. Part of this includes researching evidence of “care” and “sin” in the palaeoanthropological, hominin record over time. Separating cultural and organic evolution in this process also occupies some of my research thinking currently. In 2011, I presented an ISCAST-CASE lecture at New College, UNSW on the topic “How we became human from the beginning. The current evidence and what may a Christian make of it”. See the ISCAST website for the lecture.

In 2005 he was made Life Member of the International Association of Hydrogeologists,

Member of the Near Eastern Archaeology Foundation.

Fellow of ISCAST, the Institute for the Study of Christianity in an Age of Science and Technology,from 2016.

Member of ISCAST NSW Committee from 2011

TOPICS HE CAN PRESENT ON

How we became human from the beginning: The current evidence and what may a Christian make of it