James Ungureanu: How the Conflict Thesis Fooled the World – ISCAST

James Ungureanu: How the Conflict Thesis Fooled the World

Join historian, author, and global authority on science and religion Dr James Ungureanu for two in-depth lectures and discussion on the “conflict thesis.” James is one of ISCAST’s international fellows and will Zoom in for these talks from the United States.

This is an opportunity to understand the roots of the myth that science and Christian faith are not compatible, and to interact with an expert in the field. At one level, this is a debate amongst academics. However, at the level of popular perceptions, the conflict thesis troubles believers and is often used by people outside the church to relegate faith to irrational superstition. Join us for this fascinating and important discussion.

The lectures will both be about 45-minutes long and will be followed by questions and discussion.

Event recordings will be made available only to registered participants after the event has passed.

Part I: How the Conflict Thesis Fooled the World

The story of the “conflict thesis”—the notion that there exists some fundamental and irrevocable conflict or warfare between science and religion—is part of our modern self-understanding. And yet, despite its resilience in popular culture, historians today have largely debunked the conflict thesis.

In this first lecture, James will discuss some of the most commonly cited moments of conflict between Christianity and science and show how such perceptions are misleading, if not entirely false. At the same time, a close reading of the history of theology will demonstrate a particular trajectory that made the “conflict thesis,” and those who promoted it, possible.

In this lecture, James will discuss the origins, development, and popularisation of such narratives where it becomes evident that the “conflict thesis” was just one of the many unintended consequences of the Protestant Reformation. He will concentrate on its alleged “chief architects,” New York University chemistry professor John William Draper and first president of Cornell University Andrew Dickson White. While most historians of science believe that Draper and White are the founders of narratives of conflict between science and religion, James will show that this belief itself is a myth. Draper and White held a far more nuanced understanding of the relationship between science and religion, and one that can only be understood in the context of nineteenth-century theological developments. To understand these developments is to understand where the conflict really lies. 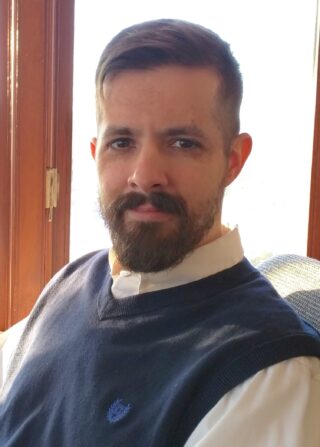 Dr James Ungureanu is Upper School Humanities teacher at Trinity Classical Academy in Valencia, California, USA. He is the author of Science, Religion, and the Protestant Tradition: Retracing the Origins of Conflict (UPP, 2019), which has been called an “erudite,” “meticulously researched and routinely insightful,” and “extraordinarily exhaustive” retelling of the origins of the “conflict thesis.” His work has also appeared in such journals as Notes and Records, Zygon, Science & Christian Belief, Church History, and Theology and Science. At a more popular level, he also contributes to magazines such as Modern Reformation, Christian History, Credo, and Christianity Today. More recently, he is the co-author, with David Hutchings, of Of Popes and Unicorns: Science, Christianity, and How the Conflict Thesis Fooled the World (OUP, 2022), which aims to disseminate his historical research to a wider readership. His interdisciplinary background allows him to teach a wide range of topics, from church history and the history of philosophy and theology to religious studies and the history of biblical interpretation.