A personal tribute to John Polkinghorne

Recently eminent scientist and Anglican Priest John Polkinghorne passed away, aged ninety. Andrew Stewart shares a personal tribute to a person who had a significant impact upon him.

Rev. Andrew Stewart is a chaplain at Mentone Grammar in Melbourne.

I want to take you back twenty five years ago, when I was studying at Monash University doing a postgraduate degree in philosophy. As someone who hadn’t really enjoyed their time at school, I was loving university life. One of the reasons that I was enjoying uni was that I was loving the dynamic learning environment engaging with the big ideas and great questions of life. There were several Christian groups on campus at the time. One ran Bible studies, another focused primarily on worship. I was part of a Christian group that focused on engaging the wider student community.

To this end, the group ran lunchtime forums, inviting speakers to address topical issues that impacted on questions of faith and belief. We had a number of high profile speakers including some of the leading thinkers on campus. After the talk there was always a lively question time and at the conclusion of the forum a good number of us would adjourn to the café to continue discussing what had been said long into the afternoon. 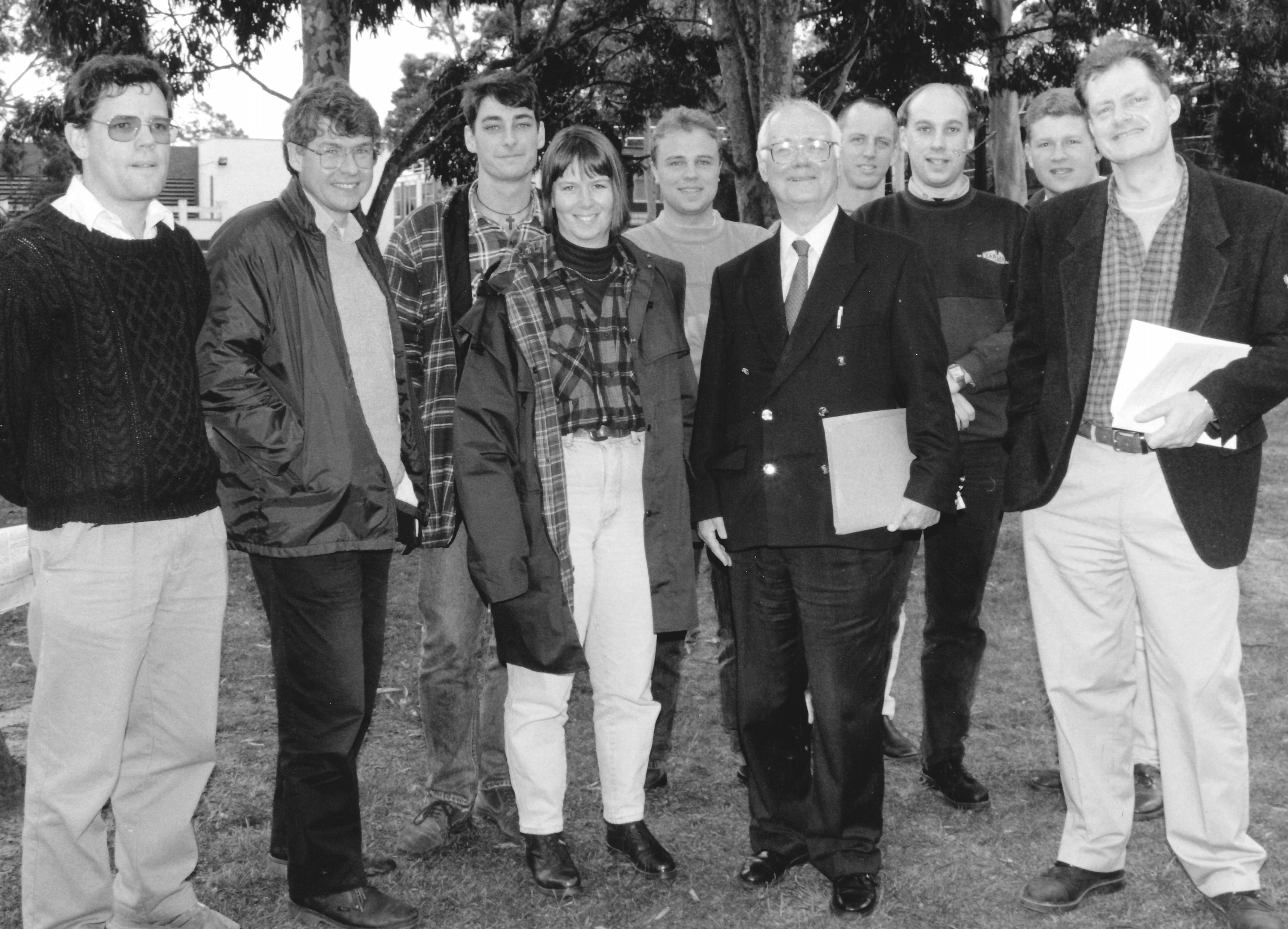 One of the forum topics that generated a lot of interest was the relationship between science and religion. The science department at Monash Uni had a number of Christians and the forums where they spoke about how they reconciled their Christian faith and their work as a scientist were always well really attended. In the forums about science and religion one name seemed to regularly come up – John Polkinghorne. Polkinghorne was one of the foremost scientists in the world in the field of quantum mechanics and was also a committed Christian. So committed that he had forgone his scientific studies and his position at Cambridge University for a season, taken up studying theology and then was ordained an Anglican priest.

My scientific knowledge was pretty limited, but discussions at the forums prompted me to read Polkinghorne’s most recent book at the time ‘Science and Christian Belief: Theological reflections of a bottom-up thinker.’ In the book Polkinghorne reflects on the Nicene Creed and I quickly began to appreciate his impressive ability to bring science and theology together explaining it all in a way that a lay person could easily understand.

The Anglican Chaplain at Monash Uni, Barry Rogers, was a keen supporter of the forums and one day when we were chatting he asked me who would be my dream speaker at a forum. I had no hesitation in saying John Polkinghorne. We both agreed that it would be wonderful get him to speak at uni, but it seemed like an impossible dream given John lived in England, and being Anglicans we lacked the kind of money required to fly him over to Australia.

A few months after our chat Barry spoke to me and said that as a result of our conversation he had written to John. It tuned out John was coming out to Australia to speak at a conference later in the year and would be very happy to extend his visit and spend a few days at Monash Uni. So I found myself helping organise a two day speaking program where John Polkinghorne would address students and staff. We booked the biggest lecture theatre on campus for two public lunchtime talks on science and faith.

In the days leading up to John’s visit I got a call from Barry who said that ABC radio wanted to interview John. The interview was due to take place first thing in the morning and Barry wanted to know if I would be able to drive John to the ABCs Southbank studio. Being a uni student I kept fairly flexible hours and jumped at the opportunity.

As I drove to pick John up in my car – a none too flash 1983 Toyota Corolla  – I wondered what on earth I would talk to John about. I was going to spend time one on one with one of the foremost scientists in the world. How was I going to maintain an intelligent conversation with such an impressive intellect while negotiating peak hour traffic.

I needn’t have worried. John Polkinghorne turned out to be one of the most gracious people I have ever had the privilege to meet. If he had any concerns about the less than sartorial state of car that he was being transported in he gave no indication. As we headed off he started asking me questions about what I was studying at uni and my involvement in organising his lecture tour. As our conversation flowed I couldn’t believe that someone with such a high profile seemed genuinely interested in me and what I was doing.

I was at a pivotal stage in my life. My time at university was drawing to close and the big question facing me was what was I going to do with the rest of my life? I knew that I wanted to do some sort of Christian ministry but what exactly? As John went into the ABC studio for his interview I realised there was one question that I did really want to ask him – why did he want to get ordained?

As we drove back I had my chance to put this question to him and John spoke of a profound sense of feeling God’s call upon his life despite the fact that he knew that many of his scientific colleagues would be highly sceptical. Then seemingly out of the blue John asked me if I was thinking about being ordained. I had been asked this question before and had always been dismissive of the idea. I was about to give my standard reply but to my surprise found myself saying that I was starting to be open to the idea.

So a conversation in my dodgy first car negotiating peak hour traffic with one of the world’s foremost thinkers about faith and science had a profound impact upon me. I was also really inspired by the way John brought his faith to bear in his work as a scientist. John’s example of how his faith informed his scientific work helped instil within me a passion for showing the relevance of the Christian faith which is what I am privileged to do every day in my ministry as a school chaplain

I have been fortunate to meet a number of prominent Christian leaders and thinkers in my time and the ones who have really impressed me have been the ones who have been gracious to the people around them. I often get more from a person by watching how they interact with the people around them than what they say from the pulpit or lectern. The older I get I have to say the more I find myself in agreement with Abraham Joshua Heschel who said “When I was young, I admired clever people. Now that I am old, I admire kind people.”

John Polkinghorne was widely regarded as one of the greatest thinkers about the integration of science and faith of the last century. While many admired the profundity of his thought and his clarity of insight I also admired him as a humble, gently and Godly man who took a genuine interest in those around him.